Opposition parties used all tactics to de-seat the chairman senate but surprisingly failed to achieve its underlying agenda of showing off political strength. Now it is yet to be seen how will opposition deal with this remarkable political defeat ahead of promised political agitation in the federal capital and beyond? 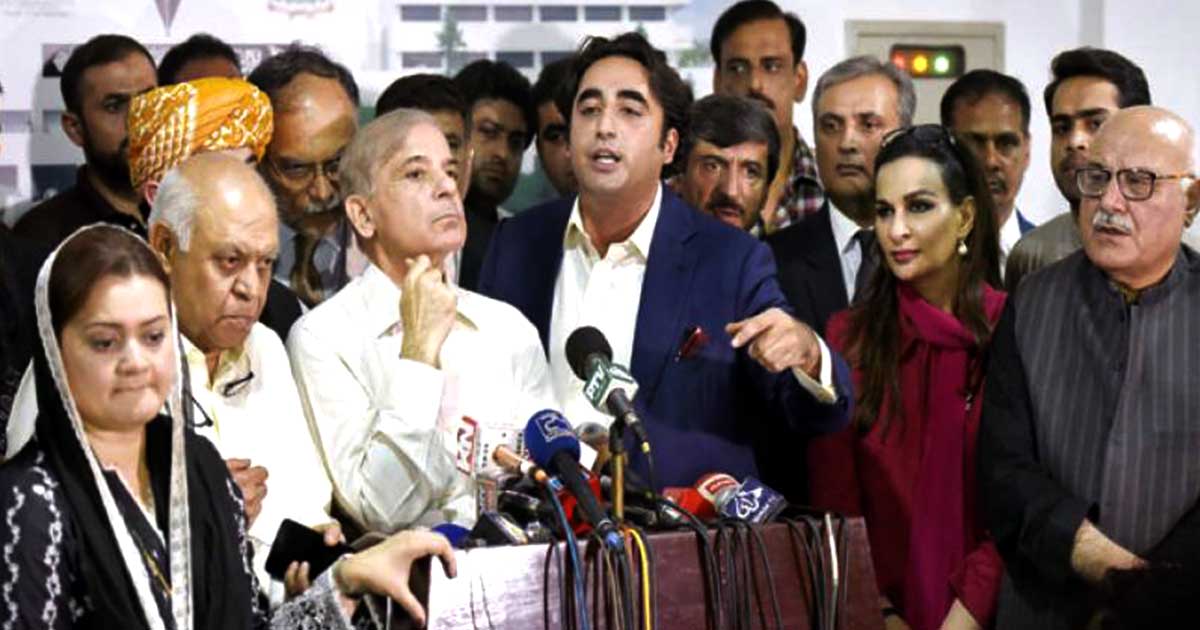 The opposition parties have surprisingly failed to “show off” their political strength in the upper house of the Parliament on Thursday. After a long campaign and despite having required numbers Opposition failed to get the required votes to de-seat the current chairman senate. It has exposed the internal rifts in mainstream political parties and the courage of lawmakers who decided not to vote on party dictation but on the basis of their conscience.

Later on, Federal Minister for Science and Technology Fawad Chaudhry has suggested Pakistan Peoples Party (PPP) and Pakistan Muslim League-Nawaz (PML-N) not to play in the hands of Maulana Fazlur Rehman. He is of the view that both parties have been misused by the JUI-F chief for his own political agenda.

“The narrative of opposition parties rejected with the failure of their move of removing Senate Chairman,” he said while talking to media outside the Parliament. The federal minister said that the majority of Senators voted in the favor of Senate Chairman Sadiq Sanjrani to save the system.

The opposition is under pressure due to ongoing accountability drive and this show of political power may help them get some relief.

Fawad hoped the opposition would not repeat any such move as this one had been failed and affected them badly. “Maryam Safdar and Bilawal should learn a lesson from such failed moves,” he added.

But now he, Zardari, has realized that it was his political blunder to help the establishment get its chairman elected. Zardari is trying to convey a message to the establishment by removing the chairman senate that the alliance is no longer valid.

Furthermore, Minister for Water Resources Faisal Vawda congratulated the whole nation after Chairman Senate Sadiq Sanjrani survived the no-trust motion. “I had already told that the opposition parties would be failed in removing Senate Chairman Sadiq Sanjrani, who was running the house smoothly and effectively,” he said while talking to private TV channel.

The minister thanked all the senators who voted against the no-trust motion and also congratulated Chairman Senate Sadiq Sanjrani on maintaining his seat.

What did Opposition Want?

Political analysts have offered different, but equally valid, viewpoints as to why the joint opposition was interested to change the chairman senate who was not harmful to them. In a talk-show at 92 Channel on the eve of last Friday Dr. Shahbaz Gill, spokesperson for Chief Minster Punjab, said categorically that the opposition cannot remove the current chairman.

“Several lawmakers from the PML-N have approached the CM Punjab and the prime minister. They are no longer interested to work under the leadership of Maryam and Shahbaz,” he said. Dr. Gill also pointed out that some members from Punjab wanted to create a forward block within the PML-N and sought the help of the Chief Minister who, according to Gill, has turned down their request.

Dr. Moeed Pirzada, a prominent anchorperson and analyst, pointed out that apparently, the opposition is interested to show off its political power in Senate, therefore, it wishes to remove the chairman senate. The opposition is under pressure due to ongoing accountability drive and this show of political power may help them get some relief.

The opposition has failed to demonstrate its political force which may aggravate their agenda. Since the JUI-F chief has already announced to stage protests in Islamabad if the incumbent government does not step down.

Turkey gets its first F-35 jet despite U.S Senate’s move to block the sale

There ain’t no such thing as a free lunch: “CPEC is a loan”

Why has Facebook taken down an anti-Ahmadi profile frame in Pakistan?

Kamyab Jawan: A New Stratagem towards entitling our Youth and Women