Canadian traveler, Rosie Gabrielle had recently criticized the local tourists for destroying the culture and beauty of Hunza, following a rave party that took place in the valley. 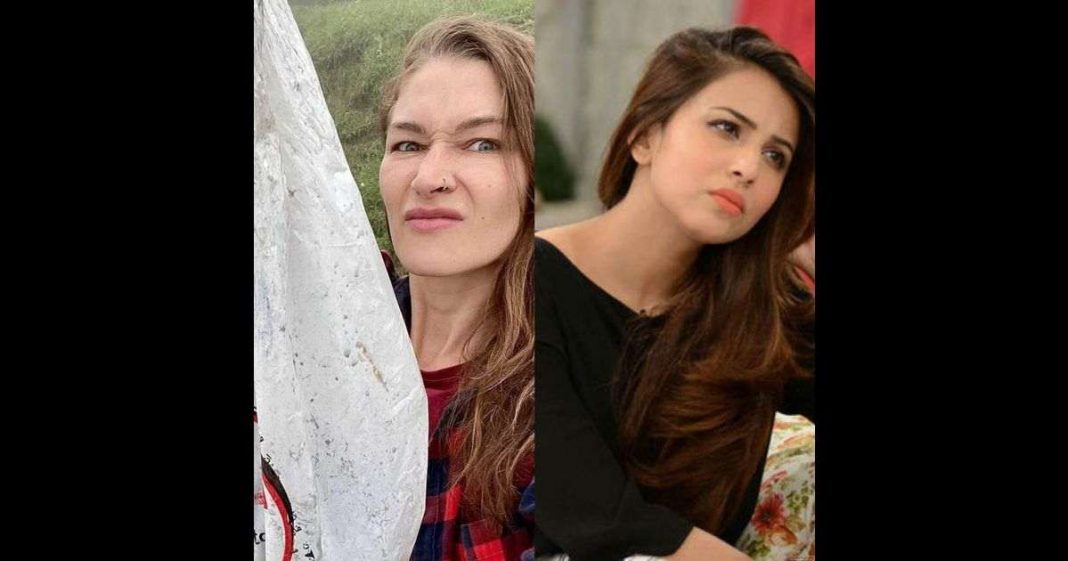 Famous Canadian blogger Rose Gabrielle whose mission is to travel around the world on her motorbike is currently in Hunza.  Recently a rave party took place in the city and which forced the locals to share their concerns with Rosie regarding the recent trend of such parties that was destroying the beauty and culture of Hunza, hoping that she would use her platform to help them. She shared their words in an Instagram post titled Keep the North Pure, saying how it hurt her to see Hunza in such a state, however, celebrity Ushna Shah did not seem to agree.

“You know what we don’t appreciate? Judgmental, condescending, “white saviour” wanna-be’s. We don’t need YOU to ‘fix us’, wrote Ushna, sharing the Canadian’s blogger post on her Instagram.

“Government of Pakistan needs to stop handing out YouTube visas”, the Cheekh starlet penned down.

The popular post also got the attention of VJ  Anoushey Ashraf who shared her views on the whole fiasco on her Instagram story. “I am all for music festivals and I have attended many as well,” the VJ said adding, “But I feel it should be done responsibly. It should happen with the compliance of what the locals want and it should definitely be safe.

The most recent rave party that took place in Hunza was organized by a group of local tourists who flocked to the picturesque Hunza valley. The event was attended by a score of Instagram influencers and local performers. The videos from the party of people taking drugs, alcohol, and women dancing half-naked went viral on social media.

“I understand that people need to express themselves, release pent-up energies & get out of their suffocating lives. But coming to sacred land, feeling privileged & entitled to destroy it, bringing your toxic habits to innocent communities is NOT okay”, Rosie Gabrielle had said in her Instagram post.

“I received countless msg’s from local Hunza people, PLEADING me to help stop this carnage. They are losing their traditional values, indigenous cultures & land. Because this world is not ours to destroy. These lands & cultures are not yours to abuse.”

The post also had pictures of the damaged caused by the attendees of the festival, a collage of images from the event and screenshots of her conversation with distressed locals.

Previous articlePublic schools in Sindh being converted into cattle pens?
Next articleIran, Iraq and UAE, march into final phase of World Cup qualifying