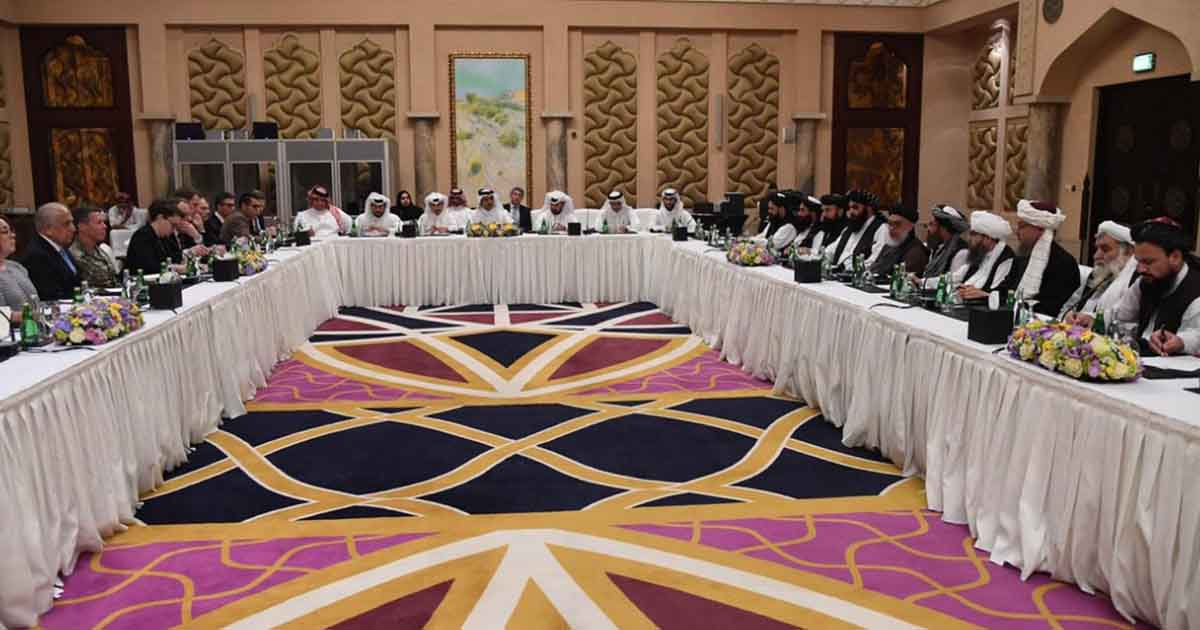 Rival Afghans will meet Sunday in Doha for a fresh round of talks mediated by Qatar and Germany, as the US eyes peace with the Taliban within three months.

The first such encounter in Moscow was heralded as a breakthrough but many sensitive issues including women’s rights, foreign military withdrawal, Al-Qaeda and power sharing with the Taliban remain unresolved.

Two experts spoke to AFP about their expectations for the talks which follow a week of direct negotiations between the US and the Taliban also in Doha.

What will come of the two-day meeting?

“We can expect a broad, vague statement laying out some broad and innocuous principles and agreeing on the need to move forward,” said Michael Kugelman, deputy director of the Asia programme at the Wilson Centre.

“Since this dialogue is in its early stages, I don’t anticipate any type of major breakthrough. Still, this isn’t to understate the significance of these talks.

“The very fact that the dialogue is happening is an achievement in itself, given how fraught and fractured the Afghan political environment is and given that there have been false starts in the past.”

In an ideal world, Ghani would step back and enable Afghanistan to put together a broad and diverse group of participants. But unfortunately it’s not an ideal world.

Colin Clarke, an expert at the Soufan Centre think-tank, said that Washington was keen for quick progress at the talks after 18 years of war.

“The current (US) administration is so about getting a deal through and the more parties involved the longer it’s going to take and it’s more complicated,” he said.

Is the Afghan Government’s Exclusion a Taliban Win?

Clarke said that the structure of Sunday’s talks at which representatives of the Kabul government would not attend officially but only as individuals meant “Afghan politicians are being marginalised”.

“But the fact that the talks are happening and that they’re seemingly going as smoothly is a testament to the role that Doha has played in bringing together these disparate factions,” he added.

Kugelman said “just about every aspect of this peace and reconciliation process has favoured the Taliban. And that’s not a surprise, because the Taliban is negotiating from a position of strength and has all the leverage”.

“No one — not the US, the Afghan government, or anyone else — is in a position to push back against the Taliban demand that Afghan officials attend these intra-Afghan talks in their personal capacity.”

Is the Timing Significant?

“The US has repeatedly insisted that this dialogue take place, and the fact that it’s happening right after its bilateral talks with the Taliban suggests that this may be the closest thing to a concession that the insurgents are willing to grant,” said Kugelman.

“That said, the Taliban’s refusal to let Afghan government representatives attend in their official capacity makes it a minor more than a major concession.”

US Secretary of State Mike Pompeo recently voiced hope for a peace deal with the Taliban “before September 1”.

The ambitious timeframe would allow a deal before Afghanistan holds elections in September, which Western officials fear could inject a new dose of instability.

Trump wants to pull all US troops from Afghanistan, believing that America’s longest war — launched after the September 11, 2001 attacks — no longer makes military or financial sense.

Clarke warned that the exclusion of regional powers like Pakistan, Iran and India from Sunday’s gathering could threaten progress.

“With Afghanistan’s presidential election scheduled for September, the Americans, the Afghan government, and other key stakeholders will want to do as much as possible before the country goes into election mode.

“Once you go into election mode, it will be hard to maintain the laser-like focus on peace talks in Afghanistan that you have now.”

Who will Attend the Dialogue?

The final list of invitees may not be known until the talks get underway, but the Taliban have suggested on Twitter that more than 60 individuals could attend.

“The invitation list will be a critical factor in determining the dialogue’s success,” said Kugelman. “If Afghan President Ashraf Ghani seeks to prevent his political rivals from attending, then that would undercut the spirit of a truly inclusive intra-Afghan dialogue.

“In an ideal world, Ghani would step back and enable Afghanistan to put together a broad and diverse group of participants. But unfortunately it’s not an ideal world, and there’s reason to fear the roster of attendees won’t be as inclusive as it should be.”

Clarke warned that the exclusion of regional powers like Pakistan, Iran and India from Sunday’s gathering could threaten progress.

“It’s going to be a very fragile peace unless you get buy-in from regional parties. You’re achieving your short-term objective but it’s at the cost of longer-term stability. It’s very myopic,” he told AFP.

The Grand Assembly and release of Taliban prisoners