Russia is Reliable Ally, US is not: Saudi Arabia growing tilt towards Russia

While the US is trying hard to bring the Kingdom of Saudi Arabia under its fold geopolitics and regional relations are working in the favor of its arch-nemesis: Russia. Putin's growing influence in KSA is worrying the stakeholders in Washington. 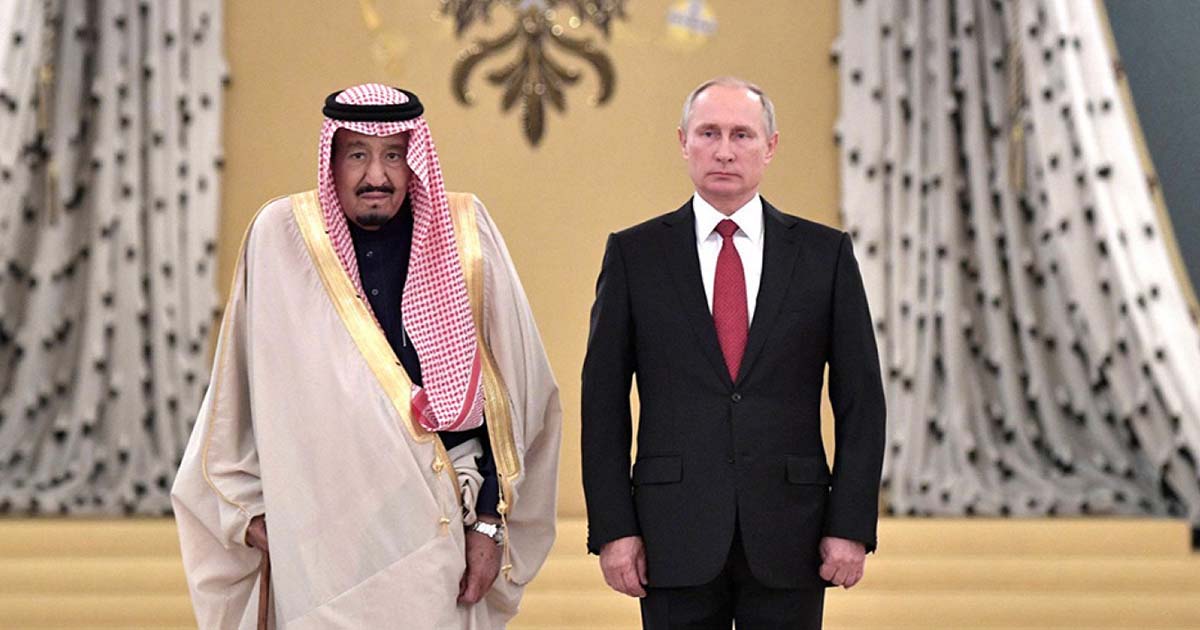 When Russian President Vladimir Putin lands in Riyadh this week for the second time in 12 years, his call for endorsement of his proposal to replace the US defense umbrella in the Gulf with a multilateral security architecture is likely to rank high on his agenda.

So is Mr. Putin’s push for Saudi Arabia to finalize the acquisition of Russia’s S-400 anti-missile defense system in the wake of the failure of US weaponry to intercept drones and missiles that last month struck key Saudi oil installations.

“We are ready to help Saudi Arabia protect their people. They need to make clever decisions…by deciding to buy the most advanced S-400 air-defense systems. These kinds of systems are capable of defending any kind of infrastructure in Saudi Arabia from any kind of attack,” Mr. Putin said immediately after the attacks.

Mr. Putin’s push for a multilateral security approach is helped by changing realities in the Gulf as a result of President Donald J. Trump’s repeated recent demonstrations of his unreliability as an ally.

A Saudi-Iranian swap of Syria for Yemen could also facilitate Saudi financial contributions to the reconstruction of war-ravaged Syria.

Doubts about Mr. Trump have been fueled by his reluctance to respond more forcefully to perceived Iranian provocations, including the downing of a US drone in June and the September attacks on the Saudi facilities as well as his distancing himself from Israeli prime minister Binyamin Netanyahu following last month’s elections, and most recently, the president’s leaving the Kurds to their own devices as they confront a Turkish invasion in Syria.

Framed in trans-actional terms in which Saudi Arabia pays for a service, Mr. Trump’s decision this week to send up to 3,000 troops and additional air defenses to the kingdom is likely to do little to enhance confidence in his reliability.

By comparison, Mr. Putin, with the backing of Chinese President Xi Jinping, seems a much more reliable partner even if Riyadh differs from Moscow and Beijing on key issues, including Iran, Syria, and Turkey.

“While Russia is a reliable ally, the US is not. Many in the Middle East may not approve of Moscow supporting Bashar al-Assad’s regime, but they respect Vladimir Putin for sticking by Russia’s beleaguered ally in Syria,” said Middle East scholar and commentator Mark N. Katz.

In a twist of irony, Mr. Trump’s unreliability coupled with an Iran’s strategy of gradual escalation in response to the president’s imposition of harsh economic sanctions in a bid to force the Islamic republic to the negotiating table appear to have moderated what was perceived as a largely disastrous assertive and robust go-it-alone Saudi foreign and defense policy posture in recent years.

While everyone would benefit from dialing down of tensions between Saudi Arabia and Iran, Mr. Trump’s overall performance as the guarantor of security in the Gulf could in the longer term pave the way for a more multilateral approach to the region’s security architecture.

In the latest sign of Saudi willingness to step back from the brink, Saudi Arabia is holding back-channel talks for the first time in two years with Iranian-backed Houthi rebels in Yemen. The talks began after both sides declared partial ceasefires in the more than four-year-long Yemeni war.

The talks potentially open the door to a broader Russian-sponsored deal in the context of some understanding about non-aggression between the kingdom and Iran, in which Saudi Arabia would re-establish diplomatic relations with Syria in exchange for the Islamic republic dropping its support for the Houthis.

Restoring diplomatic relations and reversing the Arab League’s suspension of Syrian membership because of the civil war would constitute a victory for Mr. Al-Assad’s main backers, Russia and Iran. It would grant greater legitimacy to a leader viewed by significant segments of the international community as a pariah.

A Saudi-Iranian swap of Syria for Yemen could also facilitate Saudi financial contributions to the reconstruction of war-ravaged Syria. Saudi Arabia was conspicuously absent at last month’s Rebuild Syria Expo in Damascus.

Mr. Putin is likely to further leverage his enhanced credibility as well as Saudi-Russian cooperation in curtailing oil production to boost prices to persuade Saudi Arabia to follow through on promises to invest in Russia.

Russian Energy Minister Alexander Novak predicted that “about 30 agreements and contracts will be signed during President Putin’s visit to Saudi Arabia. We are working on it. These are investment projects, and the sum in question is billions of dollars.”

RDIF and the kingdom’s counterpart, the Public Investment Fund (PIF), are believed to be looking at some US$2.5 billion in investment in technology, medicine, infrastructure, transport and industrial production.

The Russian fund is also discussing with Aramco, the Saudi state-owned oil company, US$3 billion in investments in oil services and oil and gas conversion projects.

Saudi interest in economic cooperation with Russia goes beyond economics. Ensuring that world powers have an increasing stake in the kingdom’s security is one pillar of a more multilateral regional approach.

US launches major crackdown on bitcoin

US sending B-52s to Middle East against Iran ‘threat’