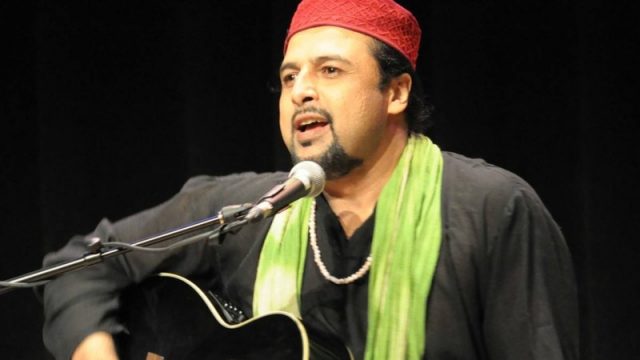 Musician Salman Ahmed has condemned Imran Khan’s decision of welcoming a controversial media personality Aamir Liaquat Hussain in Pakistan Tehreek-i-Insaf. Salman Ahmed in his statement said he could no longer defend or justify Imran Khan after his recent decision.

Salman Ahmed also intends to dissolve his backing for Pakistan Tehreek-I-Insaf after supporting it for 35 years. Salman Ahmed remarked that Imran Khan must distinguish his true well-wishers from opportunists as he fears his close advisors will ruin his struggles and achievements. He in his tweet referred his close advisors as ‘reptile’.

Imran Khan’s shocking decision has upset many of his followers. Yesterday, social media was abuzz with tweets and post accusing him of deviating from his own agenda of bringing a positive change in the politics of Pakistan.

They blamed Khan for resorting to the ethos of traditional politics to overpower his opponents in this race of premiership. Many commented, ‘this was not the PTI they joined.’

Imran Khan’s decision may be purely political in nature but his followers are expecting a sane explanation from him. So far, Khan has not issued any formal statement that will calm his agitated supporters. Neither any senior representative of Pakistan Tehreek-i-Insaf has offered any explanation to address the concerns of their supporters.

Pakistan Tehreek-i-Insaf encountered a surprising defeat in Lodhran by-elections that was considered their stronghold. Perhaps the party is focusing to bring in heavyweights that will garner the victory in general elections for them.