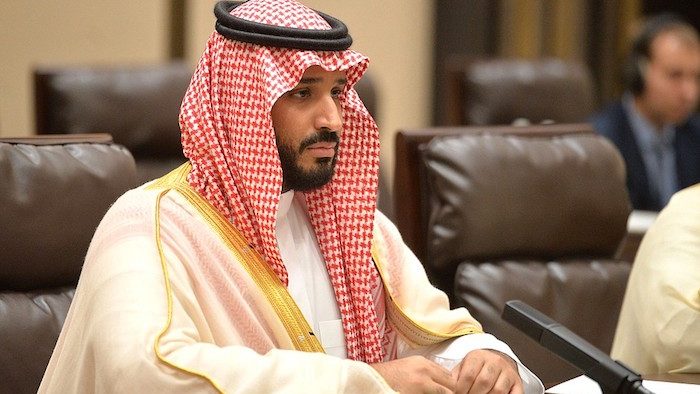 Investors hope the sweeping anti-graft probe ensnaring some of Saudi Arabia’s top politicians and businessmen is a sign of reform but those holding its bonds worry about instability. Saudi stocks recovered their losses after the wave of arrests over the weekend, but bonds came under pressure as investors pondered the outlook for the kingdom.

Saudi Arabia embarked on an ambitious reform programme including fiscal reforms and a massive privatization programme 16 months ago in a quest to shift its $690 billion economies away from dependency on oil and entice investors. King Salman announced late on Saturday the creation of a new anti-corruption committee chaired by Crown Prince Mohammed bin Salman.

The Saudi riyal also weakened in the forward market, with the 12-month U.S. dollar/riyal forwards quoted as high as 183 points against 129 points last week.

In hours that followed, news emerged that dozens of politicians and a number of senior princes – including billionaire Prince Alwaleed bin Talal – had been detained on corruption charges. “In times of fundamental change it is to be expected that it won’t be a smooth ride â€“ it never is,” said Roy Scheepe, senior portfolio manager for emerging market debt at NNIP, who holds some Saudi debt. “But the notion that even countries like Saudi can’t go on indefinitely in the old way, but also has to act on diversifying its economy and future revenue sources, is welcome.”

The purge rattled Saudi stock markets in the first hours of trading on Sunday, as some investors feared that those caught in the crackdown could be asked to dump their assets. But equities rebounded later in the day, as the government’s move was seen as strengthening the crown prince’s authority and his ability to push through economic reforms.

The main stock index has risen 0.5 percent since Thursday’s close. “It is a positive development we see it as part of the transformation of Saudi into a more modern economy,” said Fabiana Fedeli, head of global fundamental equities at Robeco in the Netherlands, adding that the pull-back had been limited. “At this point in time, one needs to give them the benefit of the doubt that this latest move will also be in the direction (of modernization).

“Spreads are likely to drift wider as investors wait for additional colour on the arrests,” said Janelle Woodward.

However, we need more clarity on what happened.” Hasnain Malik, global head of equity research at investment bank Exotix Capital, agreed that the consolidation of power was necessary, at least in the short term. “Further out, economic performance will ultimately determine how the grip on power is loosened,” he said.

JITTERY BONDS, However, bond investors took a more cautious view. Saudi Arabia’s dollar-bonds came under pressure as well as the country’s debt risk, measured by the cost of insuring against a possible debt default. Yields on the $6.5 billion dollar-denominated bond maturing in 2046 widened about 8 basis points.

Saudi Arabia’s five-year credit default swaps widened by only a couple of points in the early hours of trading, moving to 84 basis points from 82 bps at Friday’s close, still far below the 117 bps level reached in July, according to IHS Markit data. “This is about political instability, not about corruption,” said Marcus Chenevix, MENA analyst at TS Lombard, adding the arrest of Prince Alwaleed was “hugely concerning”. “What it tells investors is that Saudi politics can’t be ignored. And that’s worrying because Saudi politics is a black box.”

Given the lack of detail on the arrests as the crackdown widened on Monday, some fund managers expected no let up for Saudi bonds. “Spreads are likely to drift wider as investors wait for additional color on the arrests,” said Janelle Woodward, president and portfolio manager at Taplin, Canida and Habacht, part of BMO Financial Group, who holds Saudi debt.

Saudi stocks recovered their losses after the wave of arrests over the weekend, but bonds came under pressure as investors pondered the outlook for the kingdom.

But for others, such as Carmen Altenkirch, emerging market sovereign analyst at Axa Investment Managers, it was time to look past the current events. “While the young prince’s brash approach to politics may sit uncomfortably with those used to a subtler form of politicking, the corruption clampdown is merely the next piece of the puzzle that should ultimately see the 32-year old prince take power when the king abdicates,” Altenkirch said in a note to clients. The Saudi riyal also weakened in the forward market, with the 12-month U.S. dollar/riyal forwards quoted as high as 183 points against 129 points last week.

The crackdown came almost two weeks after Saudi Arabia hosted a major investment conference in Riyadh, where it announced big new projects and investment partnerships as part of efforts to diversify the economy away from oil. According to Raza Agha, MENA chief economist at VTB Capital, the targeting of high-profile business figures could hinder the growth of Saudi’s non-oil economy and have “potentially negative implications for diversification plans that rely heavily on the Saudi private sector.”