On Tuesday, Saudi Arabia, as well as allies the United Arab Emirates and Bahrain, announced they would compete for the Arabian Gulf title in Doha from November 26 despite their two-year boycott of Qatar. 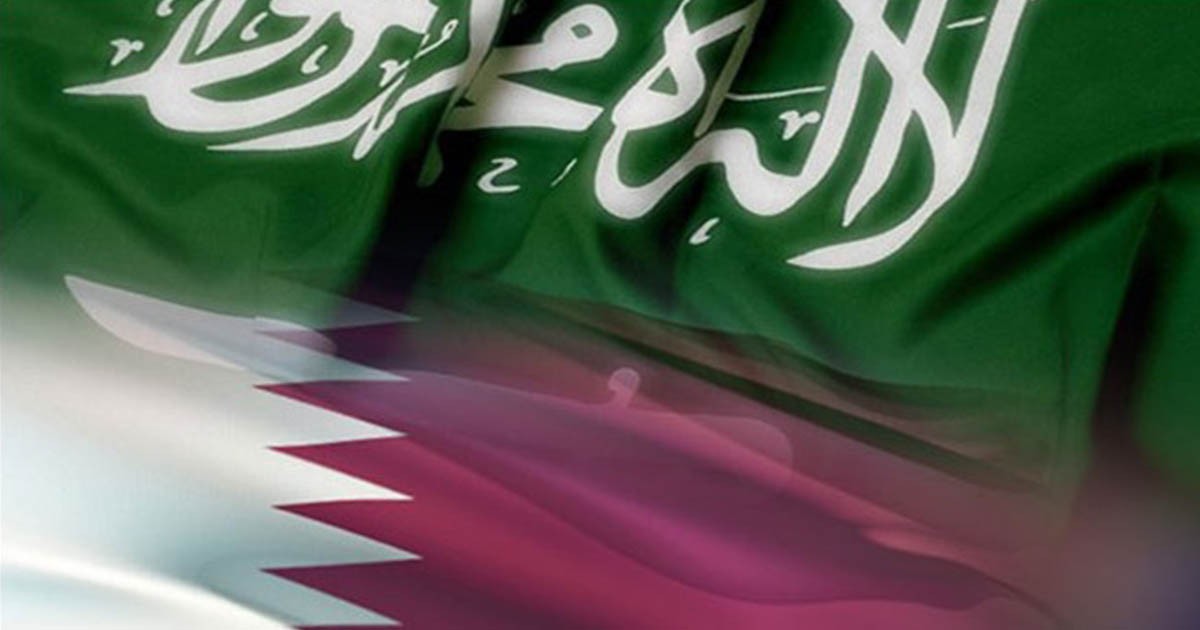 A Saudi-led bloc’s decision to play a football tournament in rival Qatar could herald a rapprochement after a two-year stand-off, and signal Riyadh is tempering its muscular approach that stoked regional crises.

Gulf powerhouse Saudi Arabia has adopted an aggressive policy under de facto leader Crown Prince Mohammed bin Salman — from a ruinous bombing campaign in Yemen to a boycott of Qatar and confrontation with Shiite rival Iran.

#Saudi is changing its tone towards #Qatar responding to renewed pressure from Washington to resolve the #GulfCrisis – low level negotiations between Doha & Riyadh are ongoing as #KSA is looking for face-saving measures to sell the crisis as a success https://t.co/LG5sEA9ela

But recent attacks on the kingdom’s oil facilities and the blowback from Washington’s combative stance towards Iran appear to have prompted Saudi Arabia and its allies to moderate their stance.

“Peace won’t blossom overnight but we are witnessing a remarkable set of diplomatic initiatives by Saudi Arabia and its allies to identify ways out of otherwise intractable regional conflicts,” Hussein Ibish, a scholar at the Arab Gulf States Institute in Washington, told AFP.

“They have ended up in a series of stalemates — the Qatar boycott, the war in Yemen and an intolerably dangerous escalation with Iran. Under such circumstances, diplomacy and reconciliation is a more obvious choice than using aggressive tactics.”

On Tuesday, Saudi Arabia, as well as allies the United Arab Emirates and Bahrain, announced they would compete for the Arabian Gulf title in Doha from November 26 despite their two-year boycott of Qatar.

The trio, along with Egypt, continue to ban direct air, sea and land travel to Qatar over claims Doha backs radical Islamists and is too soft on Tehran. Qatar vehemently denies the allegations.

These countries indulged in an onslaught of mis and disinformation about Qatar in attempts to cause a regime change. However, a Saudi official was quoted saying that Qatar is taking steps to resolve tensions, as published by Dubai-based Gulf News.

Rather than a switch of narratives, we’ve observed silence from these countries regarding Qatar. Such a move is unsurprising as Qatar is the most economically resilient Gulf state in 2019 and for the first time proactively explained its side of the story of the Arab Spring while openly answering warrantable critical questions from journalists, partners and allies.

The fading tensions between Gulf states could also be a consequence of Riyadh and Abu Dhabi’s disappointment in Trump’s government.

In other signs of a possible detente, an official from the Cairo-based Arab League will visit Doha for a conference during the Gulf Cup, raising hopes for mediation efforts.

Meanwhile a semi-official delegation from Qatar is due to visit Riyadh in the coming days, according to a source briefed on the trip.

Regional expert Andreas Krieg cautioned the apparently conciliatory steps might prove to be temporary as the “Qataris won’t bend on major issues”.

“The Saudis want it to be that everything is forgotten and we go back to May 2017. That won’t happen,” he told AFP.

Outside of Qatar, the Saudis have established an “open channel” with Yemen’s Iran-backed rebels with the goal of ending the country’s civil war, a Saudi official said last week.

A Saudi-led coalition launched a military intervention in Yemen in 2015. It reportedly hoped for a quick win against the Huthis, but instead waded into a quagmire that has cost it billions of dollars and sparked a humanitarian crisis.

Riyadh now appears buoyed by a power sharing agreement it recently brokered between Yemen’s internationally recognized government and southern separatists, which could pave the way for a wider peace deal.

In a sign of the limits to the new mood however, Riyadh has been tight-lipped about speculation that it is in talks to de-escalate tensions with regional foe Iran.

Crippling attacks in September on Riyadh’s oil infrastructure and regional shipping — with the finger of blame pointing to Tehran — have highlighted the cost of its aggressive foreign policy.

A Kuwaiti official recently said his country had passed on messages from Iran to Saudi Arabia and Bahrain regarding tensions in the Gulf.

Observers say Riyadh could have more leverage in negotiations as Tehran struggles with the fallout from renewed US sanctions after President Donald Trump unilaterally abandoned a 2015 nuclear deal in May last year.

“Under such circumstances, Saudi Arabia –- which had been held back for years from negotiating directly with Iran –- feels emboldened to explore what could be achieved diplomatically,” said Ibish.

Read more: Tension between Iran and Saudi Arab is not sectarian but political: Qatar

“Iran’s difficulties also embolden Saudi Arabia to explore a deal on reasonable terms with the Huthis in Yemen, and try… extricating itself from that stalemated conflict.”

The fading tensions between Gulf states could also be a consequence of Riyadh and Abu Dhabi’s disappointment in Trump’s government.

The then newly inaugurated president promised America’s Gulf allies in 2017 to support more zero-sum policies in the region, empowering local partners to make the Arabian side of the Gulf great again vis-a-vis Iran. But Trump did not deliver.

Some Obama aides are now eagerly pointing out that Saudi Arabia is not technically a US treaty ally. But they themselves considered declaring the Saudis & other Gulf states as “major non-NATO allies” to get them onboard with the Iran deal. Flashback: https://t.co/opNcEaLt06

Despite Tehran pushing the boundaries in a range of escalatory attacks throughout the summer, Washington has remained silent – then the hastily, disorganised US withdrawal from Syria re-emphasised that America has no appetite to defend its interests in the region with hard power.

Crippling attacks in September on Riyadh’s oil infrastructure and regional shipping — with the finger of blame pointing to Tehran — have highlighted the cost of its aggressive foreign policy.

“Riyadh has responded to conciliatory messages by Tehran… The assumption is that there is unlikely to be another attack while attempts at dialogue continue.”

The policy change however could be less about reconciliation and more about creating conditions for the forthcoming mega stock market listing of state-owned oil giant Saudi Aramco, observers say.

Iran volatile on eve of US sanctions