First suggested by the kingdom's de facto ruler in 2016, the IPO was delayed several times reportedly due to his dissatisfaction with the valuation of the firm, which fell short of the hoped-for $2 trillion. 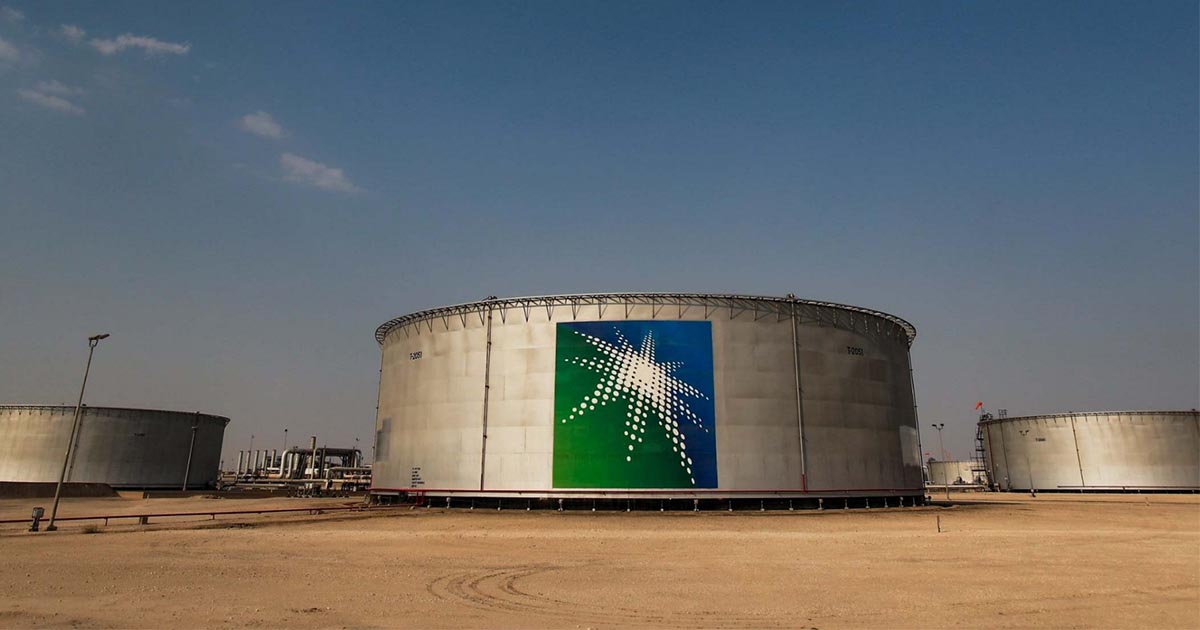 After years of delay, Aramco said it plans to sell an unspecified number of shares on the Riyadh stock exchange, calling it a “historic” milestone for the world’s most profitable company which pumps 10 percent of the world’s oil.

LIVE: Saudi Aramco is planning to list on the Riyadh stock exchange – in what could be the world's biggest initial public offering (IPO).

However, the state firm did not set a date for the listing and said there were no current plans for an international stock sale, indicating that the long-discussed goal for a second offering on a foreign bourse had been put aside.

The final offer price and the number of shares to be sold “will be determined at the end of the book-building period,” said the firm, headquartered in the eastern city of Dhahran.

The launch, approved by regulators, forms the lynchpin of Prince Mohammed’s ambitious plans to steer the economy away from oil by pumping tens of billions of dollars into a host of megaprojects and non-energy industries.

With analysts saying that Aramco could be valued at up to $1.7 trillion, the initial public offering (IPO) is potentially the world’s biggest, depending on how much of the company it decides to sell.

“Today marks a significant milestone in the history of the company and important progress towards delivering Saudi Vision 2030, the kingdom’s blueprint for sustained economic diversification and growth,” Aramco chairman Yasir al-Rumayyan said.

The final offer price and the number of shares to be sold “will be determined at the end of the book-building period,” said the firm, headquartered in the eastern city of Dhahran.

Aramco had initially been expected to sell a total of five percent on two exchanges, with a first listing of two percent on the Tadawul Saudi bourse followed by a three percent listing on an overseas exchange. “For the (international) listing part, we will let you know in due course,” Rumayyan said. “So far it’s only on Tadawul.”

There have been reports the firm is struggling to get institutional investors on board, amid a bearish outlook for the energy sector and questions over the company’s transparency and governance.

The Saudi announcement, which underscores its bullishness about the future of oil, comes just weeks after crippling attacks on the heart of Aramco’s facilities which initially halved its output.

EXCLUSIVE: We got our hands on the reports some Aramco IPO banks have sent to investors. On valuation:

“An important function of the domestic IPO is to project confidence in the company towards the international market,” said Cinzia Bianco, Gulf research fellow at the European Council on Foreign Relations.

“But doing it domestically encounters no meaningful obstacle. It allows Prince Mohammed to show he keeps his promises and gets things done.”

Saudi Arabia on Sunday announced the stock market debut of energy giant Aramco, in what could be the world’s biggest IPO.

First suggested by the kingdom’s de facto ruler in 2016, the IPO was delayed several times reportedly due to his dissatisfaction with the valuation of the firm, which fell short of the hoped-for $2 trillion.

Last week, Energy Intelligence cited sources as saying they expect the Saudis to settle on a valuation of $1.6 trillion to $1.7 trillion.

It remains to be seen whether Saudi Arabia is able to find “a compromise between the crown prince’s stated preference and market realities in their valuation of Aramco,” said Kristian Ulrichsen, a fellow at Rice University’s Baker Institute in the United States.

“As the process has been delayed repeatedly and built up as such an integral component of the crown prince’s plan to transform Saudi Arabia, international investors will pay very close attention to how Aramco performs on the domestic exchange,” Ulrichsen told AFP.

Saudi stocks sagged two percent Sunday after news that the blockbuster listing was headed its way, as analysts warned it risked overwhelming the local bourse. Tadawul has dismissed that assessment.

Saudi Arabia is the world’s top energy exporter, and as its state energy firm, Aramco is seen as the kingdom’s crown jewel and the backbone of its economic and social stability. Its 2018 net profit of $111.1 billion is higher than the profits of Apple, Google and Exxon Mobil combined.

Aramco only began releasing interim financial results recently, but in its push for transparency, the secretive company on Sunday also released results for the nine months to September, saying net profits came in at $68 billion.

The government has reportedly pressed wealthy Saudi families to invest in the IPO and is seeking to ease lending restrictions for ordinary citizens to buy a stake in the company. Some Saudi commentators have also sought to promote investment in the stock as a patriotic duty, although observers pointed to the perils of the strategy.

“Listing on the domestic market without firm plans to list internationally is risky for the Saudi stock market,” Ellen Wald, author of the book “Saudi Inc.”, told AFP. “If oil prices drop or Aramco stock falls, it is such a large part of Tadawul, it could bring the entire stock market down.”

Iranians resilient in the face of US sanctions