The detention of royals in Saudi Arabia at the behest of Crown Prince Mohammad bin Salman has sparked controversy around the world, with the US and many European Union countries pressing for their freedom. The Crown-Prince led 'Game of Thrones' in Saudi Arabia is a move to further cement his authority and quell other claimants of the Saudi crown. 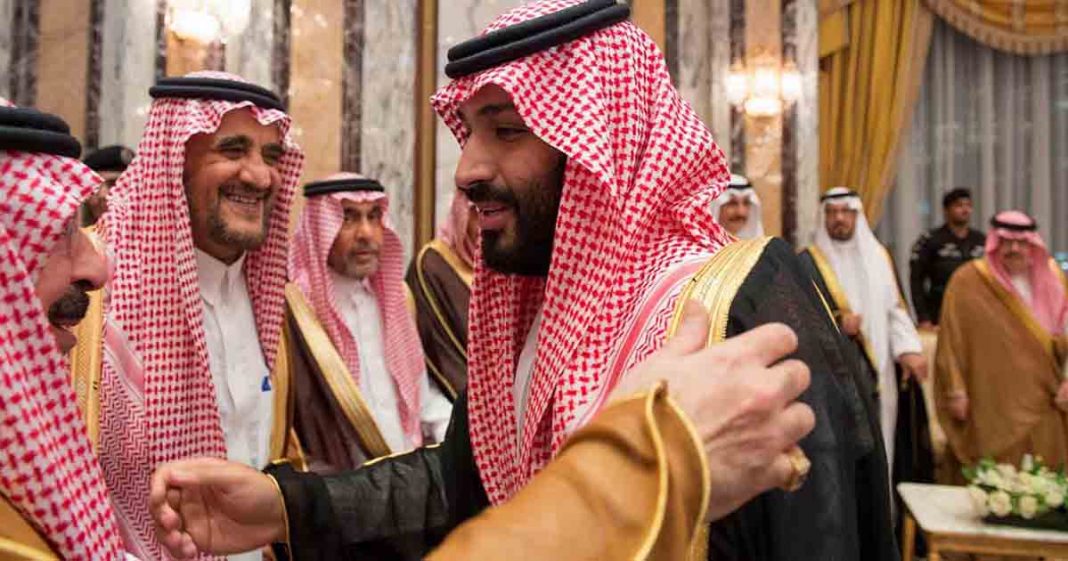 A $2 million US lobbying effort and petitions from European lawmakers are piling pressure on Saudi Arabia to release a philanthropist prince jailed for two years without charge amid an intensifying royal crackdown.

The detention of Prince Salman bin Abdulaziz and his father since January 2018 is part of a clampdown under de facto ruler Crown Prince Mohammed bin Salman that has ensnared not just potential rivals but also figures posing no visible challenge to his hold on power.

The dangerous power plays have also swept up family members of Saad Aljabri, a former aide to another detained prince and top intelligence official, who fled to Canada and holds key state secrets.

Prince Salman: an unlikely player in the Saudi ‘Game of Thrones’

The most unlikely target is Prince Salman, a multilingual 37-year-old educated at Paris’s Sorbonne University, who apparently espoused no political ambitions and earned a reputation of being a “walking blank check” for funding development projects in poor countries.

“This is not just an unlawful arrest,” an associate of the prince told AFP. “This is daylight kidnapping. This is a forced disappearance.”

Read more: Why the Saudi Princes should have foreseen the corruption crackdown?

After being detained for around a year in the high-security Al-Ha’ir prison near Riyadh and later in a private villa with his father Prince Abdulaziz bin Salman, the prince was moved to a secret detention site in March, multiple sources told AFP.

He was mysteriously returned to the villa last week to be reunited with his father, three of those sources said.

It remains unclear why he was moved to the secret site. His telephone calls to his family are monitored by Saudi intelligence, the sources said.

But his return may be a tentative sign that international pressure for his release is working. Saudi authorities did not respond to a request for comment on the case.

A delegation from the European Parliament implored Saudi authorities to release detained royals including Prince Salman during a visit to Riyadh in February, according to a source and an internal report of the tour seen by AFP.

“The European Parliament already asked for information about the case in a letter addressed… to the Saudi Crown Prince Mohammed bin Salman, which (remains) unanswered,” Marc Tarabella, a vice chairman of the parliament’s delegation for relations with the Arab peninsula, wrote to the European Commission.

“I would like to ask you to raise this issue… with the highest relevant authorities in Saudi Arabia appealing for Prince Salman’s release.

“I remain confident that the release would positively impact the relations of the European Parliament with Saudi Arabia,” he wrote.

Separately, leading Washington lobbyist Robert Stryk’s Sonoran Policy Group signed a $2 million contract in May to advocate for the prince’s release “with the governments of the United States, United Kingdom, France, and the European Union”, according to a US justice department filing seen by AFP.

Stryk, known to have close connections with the administration of US President Donald Trump — an ally of Prince Mohammed — was recruited by Hashim Mughal, a Paris-based confidant of Prince Salman, according to the filing.

A source described Mughal, a Pakistani national, as the prince’s former financial advisor who raised $2 million from his personal wealth and by tapping the influential royal’s friends.

The international effort is a gamble that could backfire in a kingdom whose authoritarian rulers are strongly averse to public criticism.

But as private appeals to the rulers go unheeded, the campaign may be the only hope at a time when the kingdom is grappling with a coronavirus-led economic slump and amid unease in Washington with Prince Mohammed’s aggressive policies.

Prince Salman is among a wave of royals detained as Prince Mohammed, known as MBS, eliminates potential rivals to amass power unseen by previous rulers.

In March, authorities arrested the Saudi king’s brother Prince Ahmed and nephew Prince Mohammed bin Nayef, who was edged out as heir to the throne by MBS in 2017.

Two adult children and a brother of Saad Aljabri, once a senior aide to Prince Nayef, were also detained in March, with a source close to the family calling them “victims of a Saudi game of thrones”.

A $2 million US lobbying effort and petitions from European lawmakers are piling pressure on #SaudiArabia to release a philanthropist prince jailed for two years without charge amid an intensifying royal crackdown https://t.co/QOC5pW5MBg

Aljabri, exiled in Canada, earlier attempted to get his children to leave Saudi Arabia but authorities had placed them under a travel ban, the source told AFP.

Princess Basmah bint Saud, another royal perceived to be close to Prince Nayef, has been jailed in Al-Ha’ir for a year without charge along with her daughter.

Her family lost all contact with the princess after they posted a desperate Twitter appeal for her release in April, a source has told AFP.

More baffling is the detention of Prince Salman, whose non-political philanthropic work makes him an unlikely rival to MBS.

What may have rankled the royal court is the prince’s meeting with Congressman Adam Schiff, a Democrat and Trump critic, just before US elections in 2016.

His associates say “nothing political” was discussed.

Schiff’s office said he does not recall specifics of the discussion but they may have talked about “Saudi Arabia generally”.

Read more: How Gulf States can reinvent themselves amid pandemic

“Those who pushed for this arrest gravely misread US politics,” Kirsten Fontenrose, a former White House official responsible for policy towards Saudi Arabia and now with the Atlantic Council, told AFP.

“Jailing someone for meeting with a vocal Democrat will only make it more difficult for Trump to maintain close ties to the Saudi ruling family leading up to the US election.

“And it will certainly come back to bite the kingdom if the next administration is led by Democrats.”