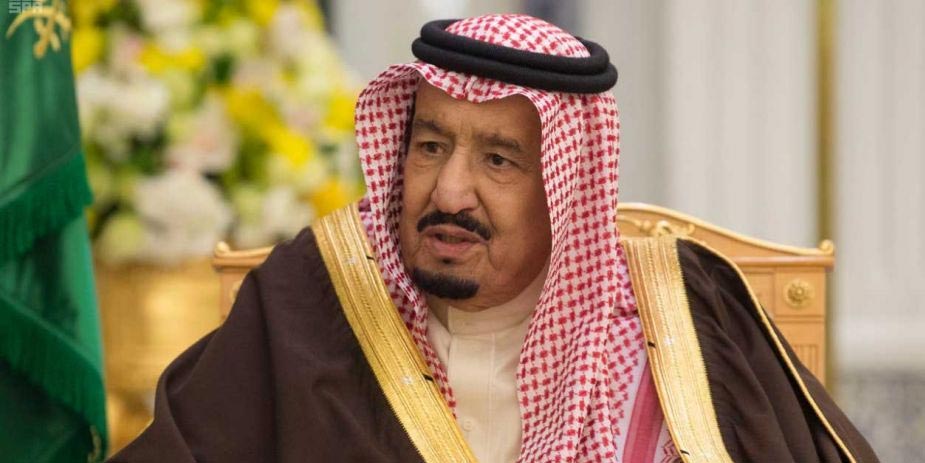 Saudi Arabia’s King Salman has embarked on a domestic tour this week with his favorite son, demonstrating his support for his chosen heir despite the crisis spawned by the murder of journalist Jamal Khashoggi. Roads were lined with Saudi flags and images of the king and his son Crown Prince Mohammed bin Salman when they arrived in the central region of Qassim late on Tuesday. Distinguished figures greeted them and children offered flowers.

The tour is the latest public outreach by the 82-year-old monarch, apparently intended to shore up the power of Prince Mohammed, known as MBS, who has taken over day-to-day rule but whose international reputation was battered in the month since Khashoggi was killed in the Saudi consulate in Istanbul. Media said the king laid the foundation for new or planned projects worth $1.12 billion and ordered the release of some people from debtors’ prison in Qassim, a conservative province in the heart of the Arabian Peninsula.

MBS broke weeks of silence on October 25 to vow justice would prevail. King Salman stepped in to defuse the situation. He sent a trusted aide to Turkey last month, then fired five senior officials, including his son’s most trusted adviser.

“There is a lot of tension, fear, and apprehension among Saudis in the aftermath of the Khashoggi affair. So it’s a trip that reassures the various regions that the king is still in his place and he’s the highest authority,” said Madawi al-Rasheed, a London-based Saudi author critical of the Al Saud. Turkish officials have accused MBS of ordering Khashoggi’s murder. US President Donald Trump has suggested ultimate responsibility lies with the crown prince as de facto ruler.

Saudi Arabia, which offered numerous contradictory explanations for Khashoggi’s disappearance, now says the US-based Washington Post columnist was killed in a rogue operation. MBS broke weeks of silence on October 25 to vow justice would prevail. King Salman stepped in to defuse the situation. He sent a trusted aide to Turkey last month, then fired five senior officials, including his son’s most trusted adviser.

After weeks of lying low, the prince has now returned to the public stage. He visited troops near the border with Yemen, where Riyadh is involved in a 3-1/2-year war, appearing in an online video on Monday with a soldier he called a hero. In a ceremony at a Riyadh university, he laid the foundation stone for a planned nuclear research reactor.

Greg Gause, a Gulf expert at Texas A&M University, said the domestic tour with his father did not indicate that the royal family is in the clear yet, only that “the king is confident that nothing is afoot right now”.

The 33-year-old crown prince is on course to become the first Saudi monarch from a new generation in 65 years, following a succession of six brothers drawn from among at least 45 sons of state founder Abdulaziz ibn Saud, who died in 1953. But MBS’ rise has upended the system of rule in place for decades, in which successive kings sought family consensus and allocated powerful posts to their brothers and nephews.

Two of the king’s nephews, detained last year, appear to have been released recently, with pictures circulating of them reuniting with family. Diplomats say the ruling family is “circling the wagons”.

MBS consolidated his rule by stripping some of his most powerful cousins from positions of authority and locking some under house arrest. Others were caught up in an anti-corruption crackdown and confined inside a luxury hotel for months.

There have been signs since last week that some princes are being rehabilitated to foster family unity in the wake of the Khashoggi killing. Last week, one of the king’s surviving younger brothers, Prince Ahmed bin Abdulaziz, returned from 2-1/2 months abroad where he had appeared to criticize the leadership.

Two of the king’s nephews, detained last year, appear to have been released recently, with pictures circulating of them reuniting with family. Diplomats say the ruling family is “circling the wagons”. But there is no indication King Salman is considering elevating another prince, either to replace his son or balance his authority by serving as his deputy.