Top Saudi officials disclose that they are ready to negotiate the end of blockade if Qatar returns on the path of ‘righteousness’ during the three day emergency Summits in Mecca. 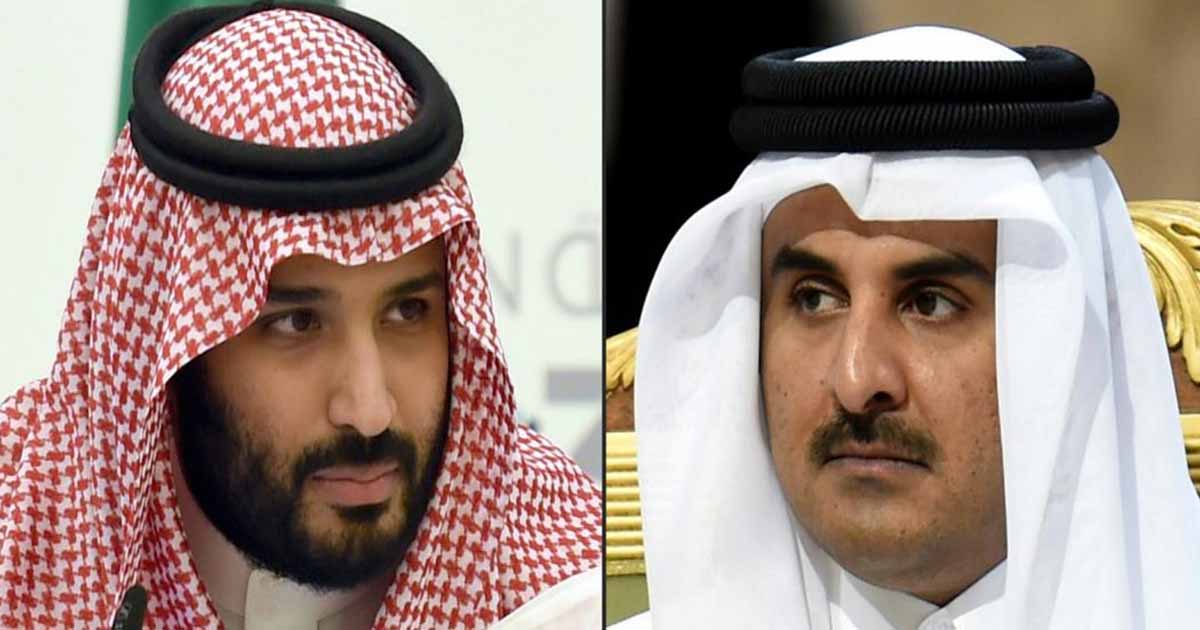 Saudi Not Ready to Lift Blockade as of yet

Saudi Arabia’s Foreign Minister, in a statement pertinent to the blockade imposed over Qatar, stated that the solution to the crisis would only be made possible if Qatar was willing to return to the “right path” during the emergency summit’s day two on May 31, in Mecca.

The statement from the Saudi FM, Ibrahim al-Assaf, signifies Jeddah’s rigid stance on the continuation of the economic and political blockade, while the Prime Minister of Qatar, Sheikh Abdullah bin Nasser Al Thani, has been attending the emergency summits, scheduled to end today.

On answering the questions related to Qatar’s presence at the summits amid economic blockade, Saudi FM, al-Assaf, shrugged the question off by stating, “Qatar participated in previous summits, so it is not new”

It is a small group, where Qatar had a voice…Post-embargo, obviously Qatar was shut out of that. Now, they have little opportunity to have a say.

“The Saudi stance, like the other countries, is that we are looking for a solution for the causes of the problems and the crisis between these countries and Qatar. Hopefully, there will be a solution if Qatar comes back to the right path,” he added.

Kuwait’s premier, Emir Sheikh Sabah Al-Ahmad Al-Sabah, was seen encouraging the top leaders of both countries to shake hands leading to a “quick handshake” between the Crown Prince, Muhammad Bin Salman and the Qatari PM Sheikh Abdullah, according to a source revealed by al-Jazeera

Qatari PM, Sheikh Abdullah’s presence at the emergency summits is a first since the 2017 economic and political blockade on the country was made possible after an invitation from King Salman of Saudi Arabia to the Qatari Emir, Tamim bin Hamad Al Thani was sent out to attend the emergency summits.

Read more: What to expect from Qatar’s attendance at Mecca Summits?

The Economic and Political Blockade on Qatar to Continue

The economic blockade and political boycott was imposed on Qatar in June 2017 by its neighboring Gulf States, Saudi Arabia, The United Arab Emirates (UAE), Bahrain and Egypt, over alleged support to terrorism; an allegation Doha has repeatedly denied. Since the blockade, Qatar had been completely cut off from the neighborhood, barring a few states- Oman, Kuwait and Iran- due to which it faced several repercussions based on its economy and diplomatic position in the region.

In the wake of the economic blockade, Qatar faced numerous challenges with a sharp decline in its oil exports and a depleting tourism industry. However, with its withdrawal from the OPEC in January 2019, Qatar has adopted a rather autonomous trade position for its natural resources, now primarily based on its massive natural gas reservoirs.

In a press conference held last year in December 2018, the Qatari Energy Minister, Saad Sherida al-Kaabi said, “The withdrawal decision reflects Qatar’s desire to focus its efforts on plans to develop and increase its natural gas production from 77 million tonnes per year to 110 million tonnes in the coming years.” In addition to its ambitions to build an independent natural gas production and export program the former PM of Qatar, Sheikh Hamad bin Jassim Al Thani, while calling the decision “wise”, tweeted “This organization has become useless and adds nothing to us, they are used only for purposes that are detrimental to our national interest.”

Qatar being a major US ally as the Gulf hosts the region’s largest US military base, Al Udeid, and hence plays the role of a significant strategic partner of the US in the region.

Executive editor of Energy Intelligence, Alex Schindelar, in an interview to Al-Jazeera affirmed Qatar’s significance in OPEC pre-blockade stating, “The GCC countries meet ahead of OPEC meetings to discuss their policies. It is a small group, where Qatar had a voice…Post-embargo, obviously Qatar was shut out of that. Now, they have little opportunity to have a say. They are hardly consulted now.”

In addition to that, Qatar being home to the North Field, world’s largest gas reservoir shared with Iran, Qatar is one of the largest Natural Gas exporters in the world hence making sense of its business ambitions behind its OPEC withdrawal.

Talking to an Al-Jazeera analyst, Al-Kaabi stated that it was a decision purely based on Qatar’s business interests. He said, “We are a small player in OPEC, and I’m a businessman, it doesn’t make sense for me to focus on things that are not our strength, and gas is our strength so that is why we’ve made this decision”.

Qatar’s Significant Role as a Mediator Despite Being Blockaded

Qatar being a major US ally as the Gulf hosts the region’s largest US military base, Al Udeid, and hence plays the role of a significant strategic partner of the US in the region. Last month, sources quoted by Al-Jazeera reported Qatar’s Foreign Minister, Sheikh Mohammed bin Abdulrahman Al Thani’s visit to Iran to diffuse tensions between the US and Iran and signaled towards US trust in Qatar to play the role of an unbiased and moderate mediator. Moreover, US invitation for Qatar to attend the Palestinian Summit in Bahrain further reaffirms Qatar’s diplomatic significance.

It is also expected that the Iranian Foreign Minister, Mohammad Javad Zarif, will be meeting with Qatari counterpart after the emergency meetings in Mecca are over, to discuss the options for peace and conflict resolution.

Saudi Aramco unlikely to be the Blockbuster it hoped to be!