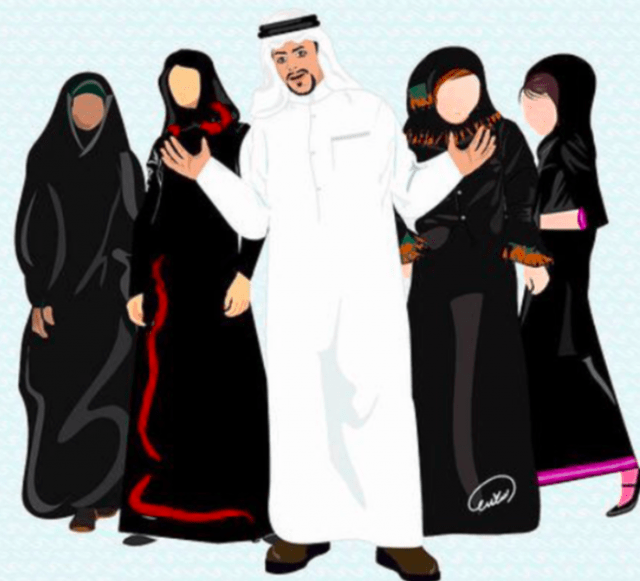 A Saudi man allegedly married 4 Moroccan women at the same time. This sparked a heated debate about polygamy and the status of women on social media.

The news caused a major meltdown on social media, as people irked with the news termed it an insult to women. The news, however, has yet to be confirmed by other Arab news outlets.

The heated discussion brought under the radar the tradition of monogamy in the Kingdom of Saudi Arabia. Several people on the Internet termed it as derogatory for women and argued that polygamy was allowed in Islam to support the widows and orphans who had no means of survival.

Read more: Should we have pride in our culture?

The debate brought into the focus a particular framework that allows men to marry more than once. They also referred to the guidelines mentioned in the religion of Islam that said the inability to balance between the wives is a sin in Islam.

A group of people also attacked the Moroccan women, but many also hit back and defended the women. There were some commentators who completely refused to believe the news, termed it as fake. The debate, however, remained inconclusive.

Only very few understand that polygamy in Islam originated to ensure widowed women & their kids are takn care of. Ignorance isn’t bliss.

The concept of polygamy is quite common in the Kingdom of Saudi Arabia, where many men do not feel reluctant to have more than one wife.

In the outside world, polygamy is considered an injustice to the woman. But recently, Saudi Arabia witnessed a social media campaign that demanded to make polygamy compulsory.

The research indicated that since Saudi Arabia is experiencing a rising number of divorces, so people thought polygamy was the definite solution to compensate those newly single women.

The fear of lack of men in the Kingdom convinces women to accept polygamy. Several women choose to become the second wife rather than not marrying at all.

The end of an era: Shashi Kapoor dies at 79

Momina Mustehsan honoured as influential 40 Under 40 in New York

PTI MPA slapped a man: Is this something new in Pakistan?