Key US lawmakers called Sunday for a halt to a Saudi military training program after a shooting rampage at a naval base in Florida in which a Saudi officer killed three American sailors. 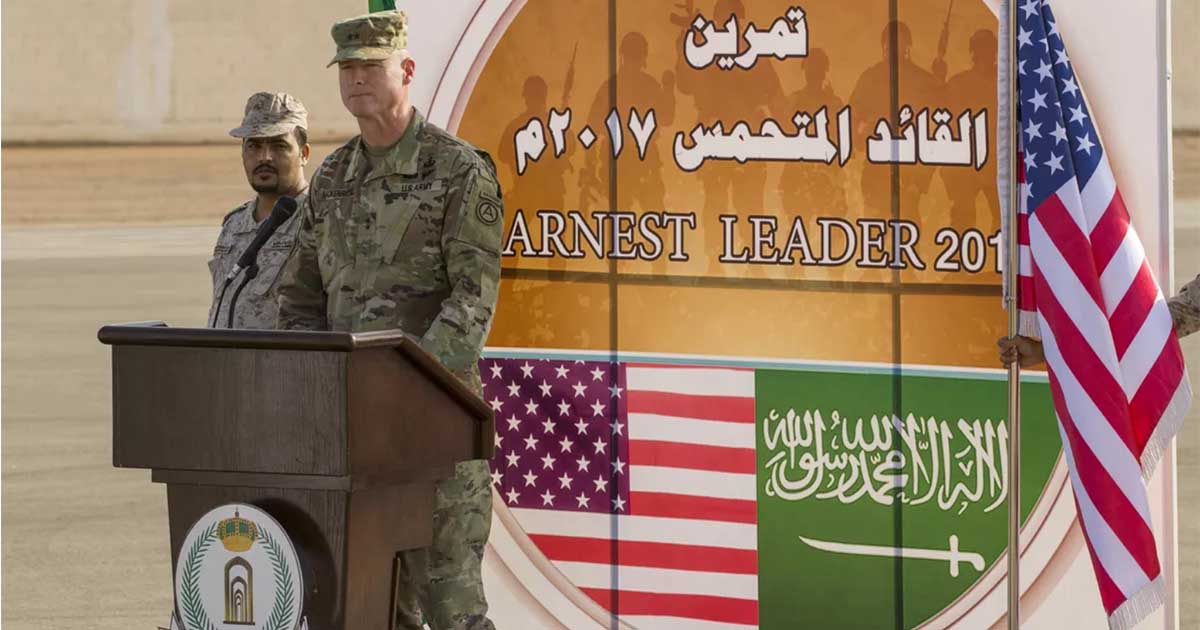 Key US lawmakers called Sunday for a halt to a Saudi military training program after a shooting rampage at a naval base in Florida in which a Saudi officer killed three American sailors.

US Defense Secretary Mark Esper said he has ordered a review of vetting procedures while defending the training program that brought Mohammed Alshamrani to Pensacola Naval Air Station.

Alshamrani, a 21-year-old second lieutenant in the Saudi Royal Air Force, opened fire in a classroom on Friday, killing the three sailors and wounding eight other people before being shot dead by police.

The Navy has named the three victims killed in the Pensacola Navy Base shooting. Secretary of Defense Mark Esper has ordered the Pentagon to look at the way it vets foreign nationals who come to the U.S. to train with American troops. @MorganRadford has the latest. pic.twitter.com/0SkJC4nd8y

Alshamrani, who was armed with a lawfully purchased Glock 9mm handgun, was reported to have posted a manifesto on Twitter before the shooting denouncing America as “a nation of evil.”

The FBI said Sunday they were investigating with the “presumption” it was an act of terrorism, as in most active shooter probes, but had yet to make a final determination. White House National Security Advisor Robert O’Brien went further, however, saying: “To me, it appears to be a terrorist attack.”

“We’ll have to see what the FBI investigation shows,” O’Brien added, on CBS’s “Face the Nation.” The FBI’s main goal, special agent-in-charge Rachel Rojas told a news conference, is to confirm whether Alshamrani “acted alone or was he a part of a larger network.”

“We currently assess there was one gunman who perpetrated this attack and no arrests have been made in this case,” she said. US lawmakers, meanwhile, called for the Saudi training program to be halted pending the investigation’s outcome.

“We need to suspend the Saudi program until we find out what happened here,” Senator Lindsey Graham, an influential Republican, said on Fox News. In a pre-taped interview that aired on “Fox News Sunday,” Esper confirmed several Saudis had been detained, including “one or two” who filmed the shooting on their cellphones.

US media also reported that Alshamrani had shown mass shooting videos at a dinner party the night before the attack. Rojas said a number of Saudi students who were close to Alshamrani were cooperating with investigators, and the Saudi government had pledged to “fully cooperate” with the investigation.

The attack has struck a nerve in the United States with its echoes of the September 11, 2001 attacks, in which Saudi citizens accounted for 15 of the 19 hijackers that flew airliners into the World Trade Center and the Pentagon.

Saudi Arabia remains one of the closest US allies in the Middle East, and President Donald Trump has cultivated its controversial de facto ruler, Crown Prince Mohammed bin Salman.

Sunday evening, deputy press secretary Judd Deere announced that Trump had spoken with the crown prince, who “reiterated Saudi Arabia’s commitment to working with the United States to prevent a horrific attack like the Pensacola shooting from ever happening again.”

Read more: Al-Shabaab attacks US base, EU convoy in Somalia

Saudi Arabia’s King Salman had previously denounced the shooting as a “heinous crime” and said the gunman “does not represent the Saudi people.”

But Representative Matt Gaetz, a Republican whose Florida district includes the Pensacola base, warned the shooting “has to inform on our ongoing relationship with Saudi Arabia.”

Speaking on ABC’s “This Week,” he called for the military training program to be halted “until we are absolutely confident in our vetting program.”

On Friday night, Trump tweeted that King Salman of Saudi Arabia called him to "express his sincere condolences and give his sympathies" https://t.co/fc9R8TPhpa

He said he told the Saudi ambassador “as clearly as I possibly could that we want no interference from the kingdom as it relates to Saudis that we have.

“And if there are Saudis that we do not have that may have been involved in any way in the planning, inspiration, financing or execution of this, that we expect Saudi intelligence to work with our government to find the people accountable and hold them responsible.”

“And I was given every assurance from the ambassador that that would occur,” he said.

Democrats questioned the broader security relationship under the Saudi crown prince, citing Riyadh’s role in the brutal war in Yemen and the 2018 assassination of Saudi dissident Jamal Khashoggi, a columnist for The Washington Post.

Saudi Arabia has yet to account for Khashoggi’s murder at its consulate in Istanbul, said Representative Zoe Lofgren. “So yes, there are a lot of questions about Saudi Arabia,” she said on ABC.

“This is a relationship that has serious problems,” said Cory Booker, a senator and presidential candidate.

Adam Schiff, the chair of the House Intelligence Committee, said it was too early to say the shooting was an act of terrorism but that Congress would press for a full investigation by the Saudis.

Trump under pressure in 2nd week of impeachment hearings

From Bismarck to Merkel: Why a new rising Germany is good for the world?