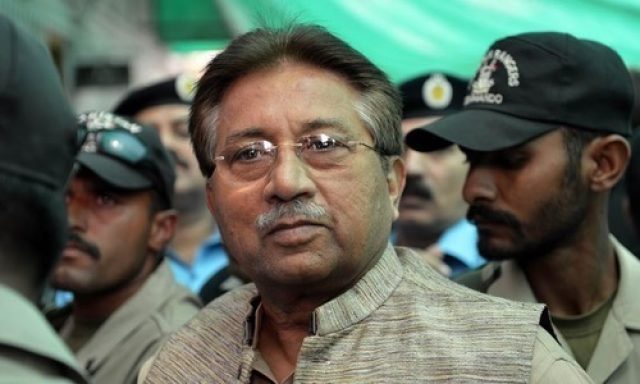 The Supreme Court of Pakistan has once again given an opportunity to the former president and military dictator Pervez Musharraf to return back to Pakistan. The chief justice of Pakistan has accepted a list of demands presented by the counsel of the former president. A three-member bench of the apex court was hearing a case regarding the National Reconciliation Ordinance (NRO) on Tuesday. Assets details of Pervez Musharraf were also submitted to the court. According to his lawyer, Musharraf owns nothing in the country, whereas he has a flat worth 5.4 million dirhams in Dubai. A farmhouse in Chak Shahzad, worth Rs43.6m, has been leased in Musharraf’s wife’s name, lawyer Athar Shah told the court.

Moreover, the counsel argued that the former president desired the fulfillment of a few conditions for returning back to Pakistan, including the unfreezing of assets, security on return and medical facilities. To this, the top judge assured the lawyer that ‘all the demands will be fulfilled if Musharraf wants to come back and appear before the court.’ Upon this, Musharraf’s counsel replied that he had talked to his client who sought seven days to make a decision in this regard. Interestingly, on the occasion, the top judge quipped in Punjabi: Hor Dasso Ki Chahyda Ae (What else do you want from us).

“It is a matter of record that a number of politicians and members of the last and current national and provincial assemblies were consulted before imposing the emergency,” the lawyer of the former President has contended.

Interestingly, former President’s lawyer had said in a hearing on June 7th that his client was willing to come to Pakistan if the chief justice issued a written order saying that the former president must not be arrested if he arrives in Pakistan. “Tell Musharraf to come to Pakistan,” replied the CJP, adding that the former military dictator will not be arrested upon his arrival. The CJP was hearing a petition filed by Musharraf on June 05, 2015, regarding the alleged rejection of his nomination forms for the upcoming general elections.

According to media reports, the former military ruler had filed his nomination papers to contest for a National Assembly seat – NA-250 Karachi (South). But the returning officer rejected his papers on the grounds “that he had held in abeyance and suspended the Constitution on Nov 3, 2007, detained and removed a number of superior court judges and publicly insulted then chief justice Iftikhar Muhammad Chaudhry”. In Pakistan, there are two types of popular opinions about the high treason case against the former president.

One pole of the opinion alleges that the court is showing leniency and not dealing with the case according to the constitution. The fulfillment of demands at the part of SC is not only dismaying but also extralegal, they argue. For others, the acceptance of demands by the apex court is the only way to let the former president come back and appear before the court. The law enforcing agencies will be in a position to arrest him, it is added. But for many senior analysts in the country, the former president will never make a mistake of returning back to Pakistan since he will push himself into troubled waters by doing so. Musharraf is often suggested by these analysts and observers to “enjoy his post-retirement life outside Pakistan”.

General (retd) Musharraf is being trialed for imposing emergency in 2007 and detaining the judges of the Supreme Court of Pakistan. A case was registered against him in 2013 and his name was placed in the Exit Control List (ECL) by the Federal Investigation Agency (FIA) on the directives of the Sindh High Court (SHC). Later on, the Supreme Court of Pakistan allowed Musharraf to go abroad for his medical check-up and his name was removed from the ECL.

Moreover, the special court has also declared Mr. Musharraf an absconder, issued perpetual warrants of his arrest and commenced proceedings under Section 87, 88 CrPC for attachment of his properties on July 19, 2016. It is also important to mention here that the interior ministry has directed the National Database and Registration Authority (NADRA) to block the National Identity Card (NIC) and passport of the former President Pervez Musharraf.

A special court recently ordered the interior ministry to block Musharraf’s NIC. Pervez Musharraf has argued that the emergency he declared in 2007 was not only his decision. “It is a matter of record that a number of politicians and members of the last and current national and provincial assemblies were consulted before imposing the emergency,” the lawyer of the former President has contended.