SC did not strike down any amendment, detailed judgment reveals 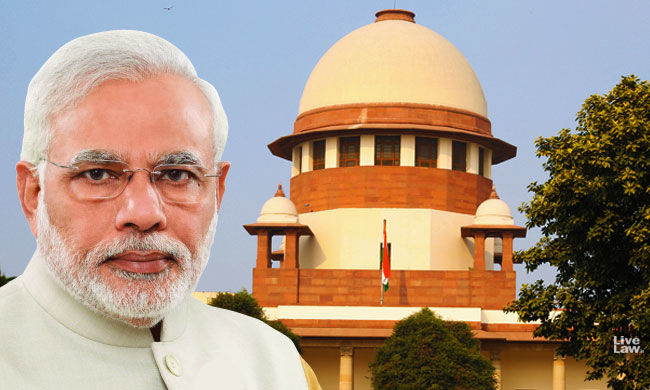 The Supreme Court (SC) of Pakistan has released the detailed verdict of the Elections Act 2017 Case on Thursday which was announced on 21st February 2018. The verdict had disqualified former premier Nawaz Sharif as the party head of Pakistan Muslim League-Nawaz (PML-N). The 51 page detailed judgment explains that the Elections Act grants decisive and controlling powers to a party head within a party and a person disqualified to become a parliamentarian should not have control over the workings of its party’s parliamentarians.

“And such a person despite lacking qualification and without going through the electoral process acts as a puppet master who pulls strings and exercises political power vicariously,” the judgment said explaining why a disqualified member cannot become the party head. The case was initiated over a number of petitions submitted by the Pakistan Tehreek-i-Insaf (PTI), Awami Muslim League (AML) and Pakistan People’s Party (PPP).

SC maintained that for a person to become a party head, they should fulfill the pre-requisites and requirement set up by the Constitution of Pakistan. “Allowing a disqualified person to act as party president will be a mockery of the Constitution, the legislative process, the law, the government and values that we hold so dear and have consciously worked for, defended and incorporated in the Constitution,” the verdict explained.

The detailed judgement clarified that the SC did not strike down any amendments made by the parliament, an impression created by the media and a number of legislators in the Parliament. Section 203, which allowed Nawaz Sharif to become the party head of PML-N, was not struck down by the SC but merely interpreted in the light of Article 62, 63 and 63A of the constitution as they set down the parameters for a person to become a part of a legislative body.

The verdict made it clear that political parties are the driving force behind candidates who contest elections in the legislative assemblies.

“Candidates who wish to offer themselves through election to the parliament or the provincial assemblies play a fundamentally important role. In most instances following the modern democratic norms and remaining within the framework and underlying theme of the Constitution, they form themselves into the political parties. Thus the political parties are vehicles which provide intending candidates the means and the roadmap to reach the destination of membership of the legislature and thereafter a possible chance of being a part of the government formed by the party which enjoys the maximum number of seats in the parliament.”

The verdict made it clear that political parties are the driving force behind candidates who contest elections in the legislative assemblies. Section 209, 210 and 216 of the Elections Act 2017 bestow enormous powers to the party head to grant tickets, award nominations and steer the direction of their party in the assemblies. They also control the formation of government, appointment of the prime minister, federal ministers, and ministers of state, advisers, chief ministers, provincial ministers, provincial advisers, governors and the president.

“We get the distinct impression that a conscious effort has been made to protect, shield, cushion and favour a limited set of individuals to save them from the consequences of disqualification arising out of Articles 62 and 63,” read the judgement.

A number of Senators and National Assembly members protested against the Supreme Court verdict accusing it of overstepping their boundaries and interfering with the legislative branch of the state. PPP, MQM-P, ANP and NP were united with the PML-N against the barrage on the judiciary for undermining the Parliament but the detailed judgment has revealed otherwise. Some political experts have declared it propaganda by politicians to subvert and threaten the power of the judiciary.

Their objection was that court’s review of a parliamentary amendment is a violation of Article 239(A) of the Constitution does not allow courts to overturn an amendment. Courts can only interpret the Constitution, not change it and that is exactly what happened in this case. The court did not make any changes to any of the Sections in the Elections Act 2017; it merely interpreted them in the light of the Constitution and disqualified Nawaz Sharif as the party head but didn’t declare the amendment itself illegal.

Read more: The general elections are approaching: are you a type I or…

The role of media in this whole situation has also been criticized since they misstated facts and created an impression that a clash of institutions was underway. Another impression was created that a new era of judicial activism has started and the judiciary is overstepping its jurisdiction, it helped some political parties and people who took advantage of the amendment to maintain their powers. Propaganda has the potential to destroy country and institutes, civil society experts demand that media should be report freely and without any biases.