The general elections are approaching: are you a type I or type-II voter? 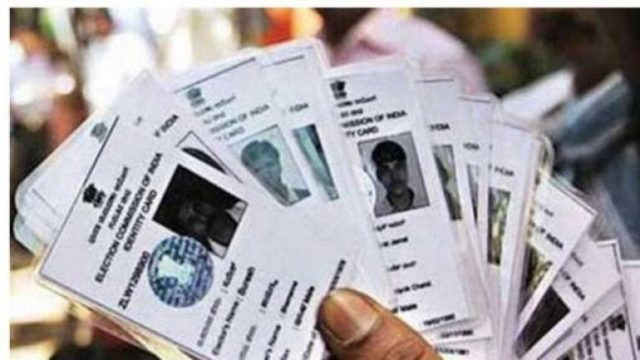 With the General Elections just around the corner, political parties are gearing up and starting their campaigns for the elections. With two main rivals, the ruling Pakistan Muslim League-Nawaz (PML-N) and the main opposition party Pakistan Tehreek-e-Insaf (PTI) are going all guns blazing in a series of rallies held across the country.

Both the parties continue to hurl insults at each other on a lack of vision, incompetence and corruption. PML-N leader and ex-Prime Minister Nawaz Sharif have been in politics for more than 30 years. With him in power for a long period, he wooed people with development rhetoric and fancy-looking mega projects. He has been a one-man show, and his staunch supporters adore him.

Meanwhile, his main rival Imran Khan has pitched himself as more of a reformer willing to build institutions targeting human development and a cultural revamp rather than focusing on mega infrastructure projects.  It has developed two kinds of groups in the society; type-I and type-II voters. The first set of voters who believe in development via fancy projects and the type-II voters believe in defining priorities prudently.

Sharifism fails to acknowledge that nations are built on institutions, unless, more voters transfer from the first category to the second one, the ruling class will continue to impose and re-impose its next generations as they did in the past and Sharifism is likely continue to flourish.

House of Nawaz and the ruling Pakistan Muslim League-Nawaz has been under fire and relentless pressure for all the wrong reasons for some time now. Post Panama Papers revelations, to the disqualification of the elected PM, to the controversies at the Accountability Court. It has been a rough sail for the house of Sharif and its government. If one set aside the ongoing dramatic and action-packed accountability of the ruling family, the government has been functioning under ‘Sharifism’ and he continued to serve the people of this country under that ideology.

Read more: Down & dirty: Battle between PML-N & PTI for 2018 elections

This so called ideology is questionable. However, it may work for those who fancy development rhetoric and extravagant infrastructure projects, but it fails to work for all. What is considered an accomplishment by PML-N may not be the achievement by other rival parties and their voters. Voters can be categorized into two types of voters: hardcore followers of Sharifism primarily PML-N supports and anti-PML-N (including all those seeking balance between infrastructural and instructional development).

For the first type, construction of the Orange Line Lahore Metro and its services might be a significant achievement for PML-N and its voters. Since such fancy projects consolidate the confidence of voters in their earlier decisions, securing a future gets more comfortable for them. This process is continuous & PML-N becomes unbeatable. The numbers of the voters which believe in development rhetoric and fancy attractive projects is very high which helps them in gaining huge margins.

PML-N despite being in hot waters continued to win most of the by-elections, which precisely depicts the satisfaction of the people with Sharifism.

But, for type-II, huge infrastructure projects are a publicity gimmick to appease voters to ensure future electability. This category believes in building the cultural values, character, raising the morals of the society and redefining the development by investing in human capital rather than only in material or infrastructural development. Voters in this category fail to understand Sharifism and can differentiate between the core value required for long-term sustainability, building a more prosperous future by investing in institutions, its people and creating knowledge hubs through empowering the future generations and ensuring gender equality.

It brings us to a crossroad where development in human, culture, norms and social parameters get pitted against a government solely believing in infrastructural development. Nevertheless, under pressure from their rivals, it may start some vocational training programs or policies and constructive institutional changes, which might not work in the long run to alleviate poverty or create leaders.

There is indeed a progression and improvement in infrastructure as compared to 2013 when PML-N took over. But, PML-N fails to realize that development in isolation doesn’t work.  Corruption is not declining and is yet to be uprooted. There is no change in institutional norms and cultures of the government institutions, which puts a big question mark on the performance of the government.

People of this country have put their trust in PML-N (Sharifism), so they must be doing something right to appease the masses. Otherwise, ruling Punjab for a long span since the mid-eighties would have been a gigantic task.  People mostly feel content with their performance.

Post Panama Papers revelations, to the disqualification of the elected PM, to the controversies at the Accountability Court. It has been a rough sail for the house of Sharif and its government.

That’s why they put them in the assemblies. In the current tenure, PML-N despite being in hot waters continued to win most of the by-elections, which precisely depicts the satisfaction of the people with Sharifism. One can criticize the margins of the victory, but they have won most of the contested by-elections proving the success of Sharifism.

Under Sharfism, Nawaz concentrated largely on glittery projects and schemes, which had the potential to catch an eye of the public. The allegation of kickbacks on large projects makes sense if one examines the list of the companies and their origin. Why would they waste time on small profitless projects when loan based projects can rake in huge margins for cronies?

Nevertheless, Sharifism fails to acknowledge that nations are built on institutions, unless, more voters transfer from the first category to the second one, the ruling class will continue to impose and re-impose its next generations as they did in the past and Sharifism is likely continue to flourish.

Waqas Shabbir is a graduate in Finance from the Derby Business School graduate, currently working as a Research-Analyst at GVS. The views expressed are those of the author and do not necessarily reflect GVS editorial policy.

Why did Pakistan refuse EU grant for support of electoral process?