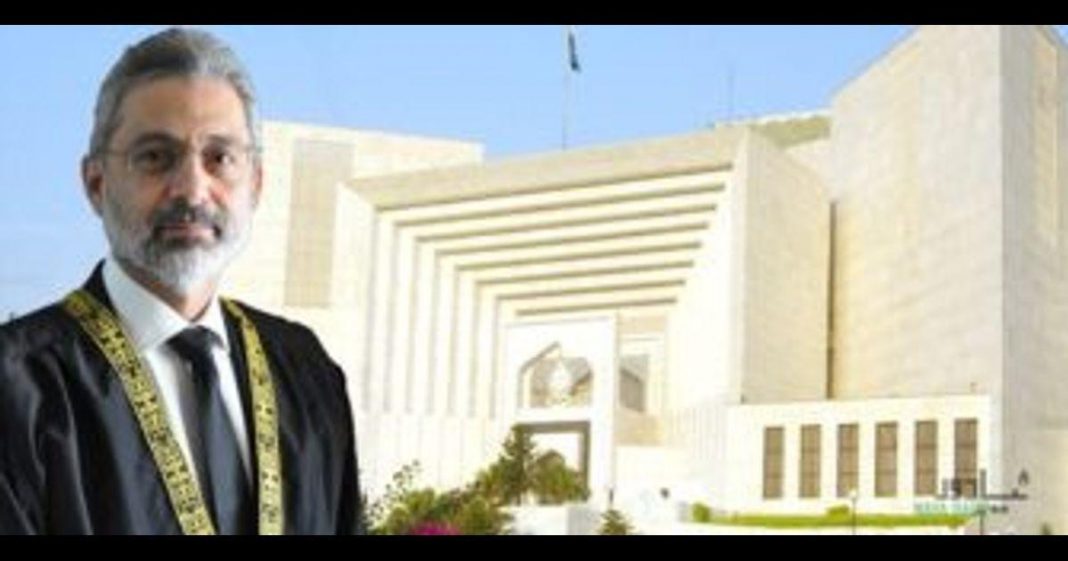 The attorney general said police have referred the matter to the Federal Investigation Agency (FIA), adding that FIA has initiated proceedings under the Electronic Crimes Act.

Chief Justice Gulzar Ahmed responded that the FIA is not doing anything and asked the attorney general to appear in court at the next hearing and assist the SC. The court also summoned the FIA director-general for the next hearing on July 2.

Earlier, Justice Qazi Faez Isa appeared before the Supreme Court of Pakistan and explained conveyed his wife’s message to the bench hearing the case pertaining to a presidential reference against him. “My wife has suffered a lot due to the presidential reference against me. Today I want to convey her message to court that she wants to talk about her assets in the UK through a video call. She isn’t in a position to write a written reply. Her father is suffering from cancer,” Justice Isa said during the hearing, to which SC judge Justice Umar Ata Bandial remarked that this was a positive development in the case.

On Friday, the top court had quashed the presidential reference filed against Justice Isa as well as the Supreme Judicial Council (SJC) proceedings that were started on the basis of the reference.

Back in October 2019, the government informed the Supreme Court (SC) that Justice Qazi Faez Isa was the ‘ostensible owner’ of three properties in the United Kingdom as his family members purchased the assets at a time when they had no independent source of income. The government in its response lamented over the behavior of Justice Isa who instead of addressing the questions raised in the reference started vilifying the complainant. The response was submitted by then-Attorney General of Pakistan Anwar Mansoor Khan.

A 10-judge full court had issued the verdict after hearing for over six months multiple petitions filed against the reference that claimed that Justice Isa had committed misconduct by not disclosing his family members properties in the United Kingdom in his wealth statement.

“Reference No 1 of 2019 is declared to be of no legal effect whatsoever and stands quashed, and in consequence, thereof the proceedings pending in the SJC against the petitioner [Justice Isa] including the show-cause notice dated 17.07.2019 issued to him stand abated,” said a short order.

In the split verdict, announced by the presiding judge Umar Ata Bandial, seven out of the 10 judges referred the matter to the Federal Board of Revenue (FBR) for initiating tax proceedings against Justice Isa’s spouse and children for not disclosing their UK properties to the tax authorities while filing their returns.

The authorities are expected to probe into the matter to ensure a senior judge of the apex court carries out his professional duties without any pressure.

NAB initiates probe against Nawaz, Abbasi and Shehbaz over ‘misuse of authority’