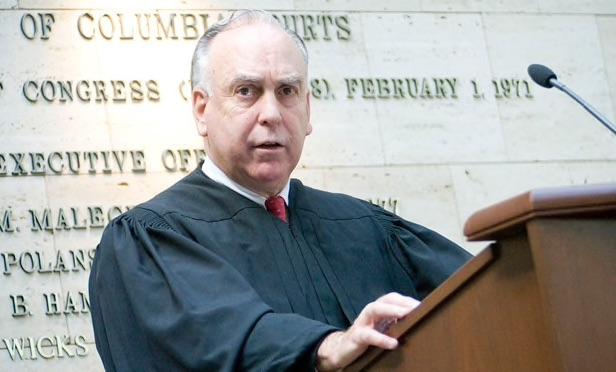 There is a widely held misconception across the globe in general, and in Pakistan in particular, that in modern sovereign state system the judiciary is the most powerful and influential institution in a state. This is false. The political history of modern man explicitly tells us that the courts, in all societies, have been vulnerable and less powerful as compared to law-making and law-enforcing institutions. It needs no rocket science to understand this reality.

A parliament/congress formulates laws and the executive is to enforce them. It is beyond any doubt that the judiciary supervises over the law, monitors whether it is being implemented correctly or not; but the judiciary itself has no power to enforce the law. It directs the executive for its rightful implementation. The Chief Justice of the United States has summed up the whole discussion: “Under the Constitution, judges have the power to say what the law is, not what it should be.”

Ayyan Ali, a beautiful Pakistani model, was arrested for money laundering, backed by a large empire of business. She also has frequent interactions with Pakistan’s top politicians and bureaucrats.

In Pakistan, innocent people, the children of a lesser God, blame the judiciary for all the mess. Their argument is concise and clear that it does not provide them justice. They also argue that if someone has committed the crime in front of them (even if it is committed before a judge), the court respectfully releases the accused on the basis of insufficient evidence – this is pure injustice.

Herein lies the rub: we need to understand that neither does the court directly investigate a matter nor it can independently – considering itself repository of infallible wisdom – invent punishment. In the case of former, Police is to be questioned and in the latter case, it is the lawmaking body’s business.

The real problem lies in lawmaking and in law enforcing processes – but we generally think all this mess is created by the judiciary. There is no denying the fact that our judicial system is flawed and requires drastic changes if we want people to sustain their minimum level of trust in the system. But that is another debate for another time.

This is the age of Facebook and Twitter where people interact, think, and behave differently. A few days ago many intellectuals on social media were discussing Gullu Butt, Saulat Mirza, and Ayyan Ali. All three of them are very interesting and may be very unfortunate characters.

Gullu Butt is a hero for many, for all those who were/are behind him. He claimed to be a humanitarian, who worked for the welfare of people. But so many Pakistanis think he is a terrorist who spreads terror through his harmful ways. Therefore, he should be hanged to death immediately, his detractors reiterate.

We also need to think about the socio-economic construction of evidence so that these dastardly political leaders may be questioned in courts. It is foolish to blame judiciary for all the mess and to give a clean chit to these lusty politicians.

Saulat Mirza claimed to be a political worker of Sindh’s second largest political party. He killed many innocent people for the party’s sake – or simply for the top leadership of his party; he himself confessed to that. But that very political party disowned him and branded him as a killer.

Ayyan Ali, a beautiful Pakistani model, was arrested for money laundering, backed by a large empire of business. She also has frequent interactions with Pakistan’s top politicians and bureaucrats. Many Pakistanis are of the view that she is a high profile business girl. Do remember the fact that the Customs inspector who arrested Ayyan has been killed.

Now the question is: are they (Gullu Butt, Saulat Mirza, and Ayyan Ali) criminals? Yes, they are. But – and in law, we usually do not use but – now let the issue be seen through the prism of politics.

These are poor Pakistanis, who have been used or misused, by our politicians and rulers to fulfill their personal goals. We are not interested in the debate: whether or not Ayyan is targeted because she is a woman. Our intention is to question this dirty system wherein those exploiting such “zombies” are respected and honored, but these poor souls are humiliated for being socially, morally, and legally corrupt.

We need to think beyond the narrow scope of the law to understand dirty politics. We need to question and bring the real culprits in front of the public.

We have to question these giants and drag them to courts. We also need to think about the socio-economic construction of evidence so that these dastardly political leaders may be questioned in courts. It is foolish to blame judiciary for all the mess and to give a clean chit to these lusty politicians.

We have castigated Gullu Butt, Saulat Mirza, and Ayyan Ali but we have yet to question those hypocrites who exploit them.

Trump reelection will be one of the hardest campaigns in history