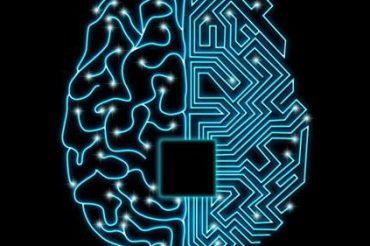 Schizophrenia is a complex mental condition that is still not fully understood in terms of how brain circuitry links up to behavioral symptoms. Now, however, scientists seem to have found a way to make some of the symptoms disappear. Recent studies have suggested that some of the symptoms of schizophrenia such as memory problems, hallucinations, and hyperactivity may be due to “desynchronized” brain cells.

As yet, however, there has been no biological explanation for this at the cell level. The investigators, from the University of Geneva in Switzerland, say that the desynchronization is due to the deficiency in a type of cell that acts as an orchestra conductor. When they restored this cell’s function in adult mice bred to develop some behavioral symptoms of schizophrenia, the symptoms disappeared.

It is not easy to estimate the prevalence of schizophrenia because of the complexity of the disease and the many ways of diagnosing it. Also, its symptoms often overlap with those of other illnesses, such as bipolar disorder.

There is a scientific report on their new findings in a paper that now features in the journal Nature Neuroscience. The mouse model consisted of adult mice that were engineered to carry a schizophrenia risk gene and that developed some behavioral symptoms of the disorder. A comparison of a brain circuit in these mice with those of control, unmodified mice, revealed that in the latter, the thousands of cells in the circuit behaved in a coordinated, synchronized fashion, following a precise time sequence.

The cells in the same circuit as the schizophrenia model mice were just as active but the activity was uncoordinated. This was due to dysfunction in a group of cells known as “inhibitory neurons.” “The organization and synchronization of neural networks,” says senior study author Alan Carleton, of the Department of Basic Neuroscience, “is achieved through the intervention of subpopulations of inhibitory neurons, including par albumin neurons.”

In their schizophrenia mouse model, however, the inhibitory neurons were “much less active,” he explains, adding that when there is insufficient “inhibition to control and structure the electrical activity of other neurons in the network, anarchy rules.” Schizophrenia is a serious condition that can affect thinking, feeling, behavior, and interaction with others. While symptoms can vary widely from person to person, the disease is long-lasting and often disabling.

A person with schizophrenia experiences psychotic symptoms and can come across as if they are not in touch with reality. They may “hear voices,” experience hallucinations and delusions, not express emotions, have disordered thoughts, and believe that others intend to harm them. Researchers believe that both genetic and environmental factors contribute to the cause and development of schizophrenia. Many genes have been linked to the disorder, and it is also thought that exposure to certain viruses and problems during birth may also be involved.

“According to our results, reinforcing the action of a poorly active inhibitory neuron, even after the brain has developed, could be sufficient to restore the proper functioning of these neural networks, thus making certain pathological behaviors disappear.”

Even though treatment and support might help, everyday life can pose a huge challenge for people with schizophrenia, making it hard to lead an independent life, gain qualifications, make and maintain relationships, and secure productive employment. It is not easy to estimate the prevalence of schizophrenia because of the complexity of the disease and the many ways of diagnosing it. Also, its symptoms often overlap with those of other illnesses, such as bipolar disorder.

For this reason, the estimates are often combined with those of other disorders. These estimates range from 0.25 percent to 0.75 percent of the population. To better explore the neural underpinnings of schizophrenia, Carleton and colleagues engineered mice with a gene mutation that is equivalent to one that causes DiGeorge or 22q11 deletion syndrome in humans. People with this syndrome are missing dozens of genes in chromosome 22.

Read more: What happens in the brain during a spiritual experience?

Although many gene mutations have been linked to schizophrenia, the researchers chose 22q11 deletion because it “represents the highest genetic risk of developing schizophrenia.” They focused on a neural network in the hippocampus known as the CA1 area, noting that several features of this area are different in the schizophrenia model mice to those of control mice. These features include the “structural and electrophysiological properties” and “functional connectivity with distant brain areas.”

Stimulating the underactive parvalbumin inhibitory neurons in the adult schizophrenia model mice got the neural network working in sync and sequence like that of the control mice. This also corrected some of the abnormal behavior of the adult schizophrenia model mice, in that they stopped being hyperactive and did not show memory problems. The study authors suggest that their findings demonstrate that it is possible to “restore functional brain dynamics and typical behavioral patterns” even in adulthood.

Read more: How to make your brain more powerful?

“This is really essential,” Carleton explains, noting, “Schizophrenia develops in late adolescence, although the neural alterations are most likely present since the neurodevelopmental stage.” He and his team now plan to carry out a similar investigation into schizophrenia that arises from other risk genes. “According to our results, reinforcing the action of a poorly active inhibitory neuron, even after the brain has developed, could be sufficient to restore the proper functioning of these neural networks, thus making certain pathological behaviors disappear.”

Do you have these 7 characteristics of highly productive mindset?

Eggs Are Not Just For Eating – Other Amazing Facts

Addicted to gadgets? We have solution for you!