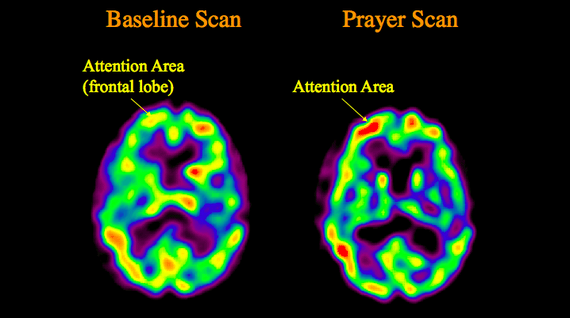 The question as to what happens in the brain when we have a spiritual experience has been explored numerous times, with varying results, and it continues to fascinate researchers and non-specialists alike. A new study aims to reveal more.

What does spiritual experience do to the human brain? A recent study claims to hold the answer.

For decades, researchers who were intrigued by the importance of spirituality in people’s lives have conducted studies investigating what happens in the human brain when people feel deeply spiritually connected.

Due to the fact that the concept of “spirituality” can be understood in so many different ways across cultures and individuals — and that whatever someone may term a “spiritual experience” can stimulate the brain in very complex ways — it has been hard to pinpoint a particular brain mechanism for spirituality.

Nevertheless, researchers have persevered, despite the challenges. Studies on Carmelite nuns and dedicated Mormon practitioners have suggested that multiple brain regions are involved in processing the experience of union with a higher being.

Moreover, a commonality suggested by a few studies was that individuals engaging in long-term spiritual practice had decreased activity in the right parietal lobe, which has been tied to self-oriented focus.

In other words, spiritual experiences seemed to increase selflessness in the brain.

Prof. Lisa Miller, the editor of the Oxford University Press Handbook of Psychology & Spirituality, has conducted a series of studies on what happens in, or to, the brains of people with intense spiritual lives.

Her research has indicated that people with habitual spiritual practices show cortical thickening in the prefrontal cortex.

Intriguingly, she says that individuals who live with chronic depression experience cortical thinning in the same brain region.

This has led her to argue that spirituality and depression are likely “two sides of the same coin.”

Can faith, or lack thereof, influence how long a person lives?

Recently, Miller and a team of researchers from the Spirituality Mind Body Institute, at the Teachers College of Columbia University in New York City, NY, and the Yale University School of Medicine in New Haven, CT, have used functional MRI to find out what happens in the brains of individuals as they picture an intense spiritual experience.

They recruited participants subscribing to different spiritual and religious practices, whom, in the first experiment, were asked to remember a personal spiritual experience – while their brains were being scanned.

Read more: When you lie, your brain and body suffer!

This was done with the help of guiding scripts which the participants received beforehand, instructing them “to describe a situation in which [they] felt a strong connection with a higher power or a spiritual presence.”

Since they all had widely different spiritual practices, the experiences described in the experiment spanned an extensive range, from “a two-way relationship with a higher power” and “a felt sense of oneness in nature by the ocean or atop a mountain” all the way to “being in a zone of intense physical activity (such as sports or yoga), sudden awareness, bodily felt connectivity or buoyancy, meditation, or prayer.”

None of them included any imagery related to food and eating, sexual activities, or drugs.

The researchers argue that this is emblematic of “a broader, modern definition of spirituality that may be independent of religiousness.”

Their findings have been reported in an article now published in the journal Cerebral Cortex.

Spirituality may ‘Buffer the Effects of Stress’

Studying the volunteers’ brain activity as they pictured a personal spiritual experience allowed the scientists to identify the brain regions that seemed to be involved in processing spiritual events.

Read more: Mind over Matter: Persistence works wonders in all situations in life

In doing so, they were able to find a pattern that they say is only observed when a spiritual experience is involved.

They found that the inferior parietal lobe — which has been tied to a person’s awareness of the self and of others — was less active when they were describing a spiritual event, whereas the activity in that brain region increased when they thought of stressful or emotionally neutral experiences.

So, the team suggests, this region “may contribute importantly to perceptual processing and self-other representations during spiritual experiences.”

This appears to confirm Miller’s previous arguments that spiritual experiences could help to “buffer the effects of stress on mental health.”

“Continuing to build our empirical understanding of how spiritual experiences are mediated by the brain and the future extension of similar studies to clinical populations could help facilitate the judicious integration of spirituality into treatment and prevention in areas of mental health conditions,” they added.

It is worth mentioning that the study was small-scale, involving only 27 participants in total. All of the participants were young adults, 18–27 years old, and in good physical and mental health.

World could cut off source of viruses. So why doesn’t it?