The Senate Standing Committee on Interior in its meeting unanimously passed "The National Counter Terrorism Authority (Amendment) Bill, 2019 (Ordinance No. VII)" after deliberations. The Bill was proposed by Senator Azam Khan Swati, Minister for Parliamentary Affairs. 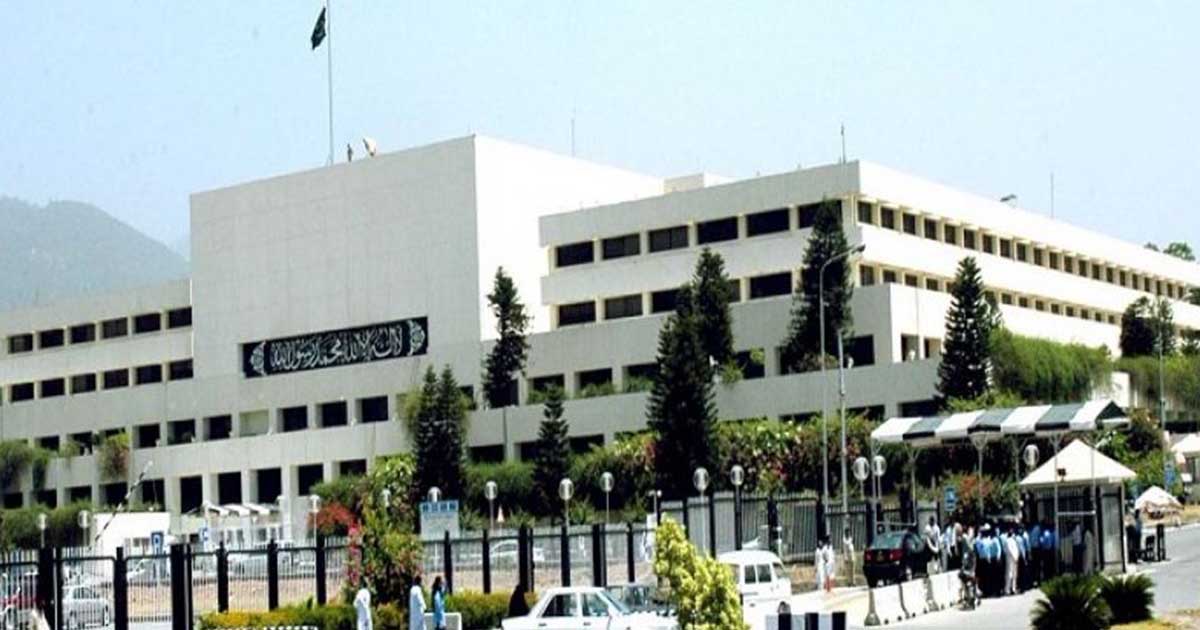 The Senate Standing Committee on Interior in its meeting unanimously passed “The National Counter Terrorism Authority (Amendment) Bill, 2019 (Ordinance No. VII)” after deliberations.

In the said Act, in section 5, the Committee proposed that one member from the opposition and one member from Treasury benches from the Senate of Pakistan and National Assembly to be nominated by the Chairman Senate Speaker, National Assembly respectively for the Board of governors of NACTA.  The Bill was proposed by Senator Azam Khan Swati, Minister for Parliamentary Affairs.

The Committee deferred “The Islamabad Prevention of Beggary Bill, 2019” by Senator Mian Muhammad Ateeq Shaikh, “The Rights of Persons Arrested, Detained or Under Custodial Investigation Bill, 2019” by Senator Farooq Hamid Naek and the matter regarding “The large number of foreigners living in the province of Sindh illegally been issued CNICs by NADRA” raised by Senator Sassui Palijo in the House, due to non-presence of the respective movers.

The National Counter Terrorism Authority (Amendment) Bill 2019 has been passed by the Senate.— Senate of Pakistan (@SenatePakistan) February 10, 2020

Committee on Interior in its meeting strongly condemned the ongoing longest curfew in Kashmir on its 190th day and urged the international community to take notice of gross human rights violation and humanitarian crisis in Indian occupied Kashmir. The Committee also observed one-minute silence with the victims of Coronavirus and expressed solidarity with the people and government of China.

The meeting was chaired by Senator A. Rehman Malik and was attended by Senator Kulsoom Parveen, Senator Muhammad Javed Abbasi, and Senator Sardar Muhammad Shafiq Tareen and officials from Ministry of Interior, Law and Justice, FIA, PTA, and other concerned departments.

At the outset, Senator A. Rehman Malik strongly condemned the ongoing Indian forces brutalities against oppressed Kashmiris and the 190 days longest curfew in the Indian Occupied Kashmir. He said that the committee will continue to condemn the brutal curfew by Indian forces in occupied Kashmir and will express solidarity with people of Kashmir who are struggling for their legitimate right of self-determination under UNSC resolutions.

The committee also condemned the ongoing ceasefire violation by Indian Forces across Line of Control and targeting the civilian population. Senate member A. Rehman Malik said that to divert the world’s attention from Indian Forces brutalities in Kashmir and the countrywide protests against discriminatory citizenship law, PM Modi is creating chaos on LoC.

He said, “The Indian forces along the Line of Control (LoC) and working boundary are continuously targeting civilian populations with artillery fire and automatic weapons, which is highly condemnable and sheer violation of international human rights and the UN laws.”

He urged the Government to take the case of continuous unprovoked ceasefire violation and targeting civilian population by India to the United Nations General Assembly and International Court of Justice (ICJ). He advised the government to request the United Nations Secretary-General during his upcoming visit to Pakistan, to appoint a special commission to investigate all ceasefire violations by India and increase the strength of Military Observers across LoC.

UNSC to meet and discuss Kashmir after 50 years: Diplomatic sources