Vladimir Voronkov, the under-secretary general for counter-terrorism is all set to visit China’s Xinjiang region and unveil the truth behind the “vocational education centers”. This high-profile UN visit has sparked protests from rights activists, criticizing the UN for staging a propaganda win for Beijing. 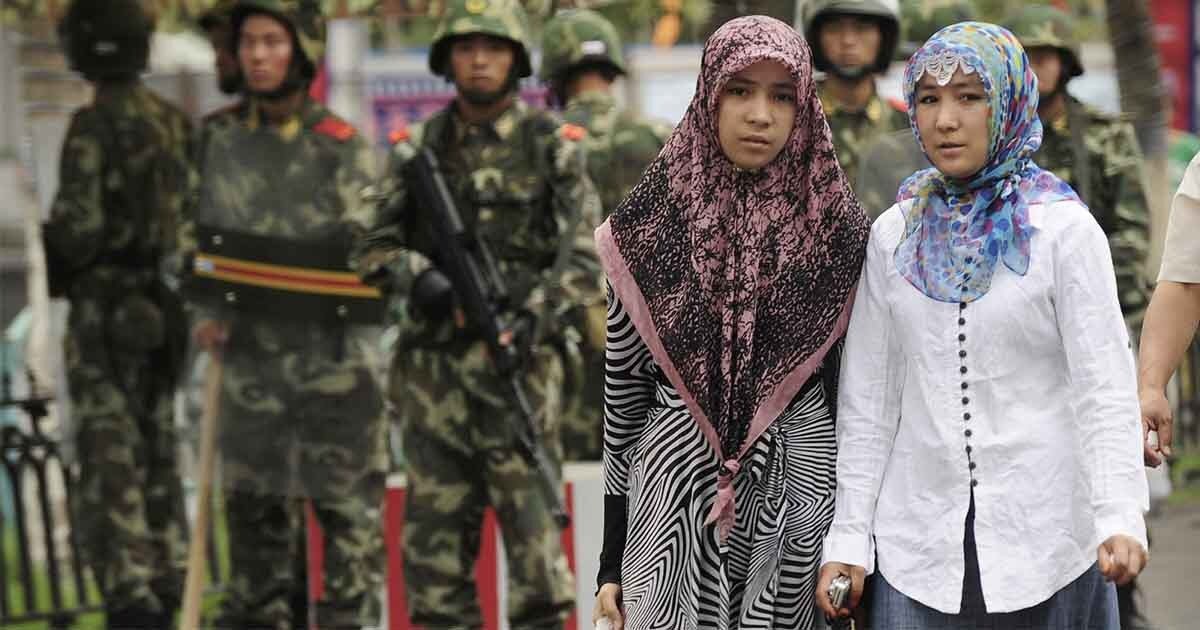 The UN’s counter-terrorism czar is on a visit this week to China’s Xinjiang region, where Beijing insists one million Uighurs and other Muslims are detained because of a terrorism threat, UN sources and rights activists said Thursday.

Vladimir Voronkov, the under-secretary-general for counter-terrorism, is the highest level UN official to visit Xinjiang, which activists have described as an open air prison, deprived of religious freedom.

UN spokesman Farhan Haq confirmed that Voronkov, a Russian diplomat, was on an official visit to China, but did not provide details of his itinerary. Haq stressed that the UN counter-terrorism office works to ensure that measures used to fight terror respect human rights.

Beijing argues that internment camps in Xinjiang are “vocational training centers” to steer people away from extremism and reintegrate them, in a region plagued by violence blamed on Uighur separatists or Islamists.

Read more: Xinjiang crackdown at the heart of China’s Belt and Road

The visit of a senior @UN counterterrorism official to East Turkestan would be a stunning betrayal of those disappeared into internment camps. https://t.co/Ie5tVrMdSk @antonioguterres needs a reminder of the UN Charter. Call his office at 212-963-1234 and/or email…

“The UN allowing its counterterrorism chief to go to Xinjiang risks confirming China’s false narrative that this is a counterterrorism issue, not a question of massive human rights abuses,” Louis Charbonneau, the UN director for Human Rights Watch, told AFP.

“It’s handing #China a propaganda victory & risks confirming…false narrative that this is a counterterrorism issue, not a question of massive human rights abuses." https://t.co/vN33ZtzDSV

Letta Taylor, a global terrorism and counterterrorism researcher for the Human Rights Watch, underscored that it is critical that the Voronkov-led team “objectively examines facts” behind the Chinese measures to curb extremism amongst Muslim minorities Xinjiang, and make sure the UN Office of Counter-Terrorism “doesn’t give Beijing a free pass”.

Sarah Brooks, Programme manager for the International Service for Human Rights, stated that if a UN-designated team must visit Xinjiang and “pretend it is about counter-terrorism”, the delegation must include “experts” from the UN Office on Genocide Prevention and the Responsibility to Protect.

Looking for a small course-correction, @UN?
If you must go to #Xinjiang and pretend it is about counter-terrorism, bring along experts @UN_GP_RtoP to be clear that this is also about potential crimes against humanity. @columlynch

China said Thursday that the UN human rights chief had an open invitation to visit Xinjiang, a region where activists say some one million mostly Muslim minorities are held in internment camps. UN rights Chief Michelle Bachelet asked Beijing in December for permission to carry out a fact-finding mission in Xinjiang, but has been left waiting.

Earlier on Thursday, China’s new ambassador to the United Nations in Geneva, Chen Xu, said the UN high commissioner for human rights would pay a visit when “we can find a time which is convenient to both sides.”

The UN’s counter-terrorism czar is on a visit this week to China’s Xinjiang region, where Beijing insists one million Uighurs and other Muslims are detained because of a terrorism threat.

“Seeing is believing,” Chen told reporters. “The invitation to the high commissioner is always there and we hope that we can find a time which is convenient to both sides.” Bachelet said in March that she had not yet been given the green light by China for a fact-finding mission to Xinjiang following a request made in December.

On Thursday, Bachelet’s spokeswoman Marta Hurtado told AFP that “the high commissioner has been invited to visit China” and that she met with Chen this week. “We are continuing to discuss with the government for full access,” Hurtado said in an email.

Sophie Richardson, the Chinese Director for the Human Rights Watch, observed that Beijing’s hallow offer” to UN rights chief has arrived “just ahead of the UN HRC41”, which is the 41st session of the UN Human Rights Council, to be held from 24 June to 12 July 2019.

The HRC41 will undertake discussion over China’s treatment and alleged human rights abuses against Muslim minorities in Xinjiang, amongst other issues.

Gosh, what a coincidence—to repeat this hollow offer just ahead of #UN #HRC41. 🤨🤨 UN rights boss welcome in China, including Xinjiang, envoy says https://t.co/8QgiIVAPyv Standards for a visit here: #China’s #Xinjiang Tour Should Have Fooled No One https://t.co/HprgDMx03M @hrw

“Stay out of China’s Internal Affairs”

Beijing has defended its security crackdown, describing the “vocational education centres” as necessary to steer people away from religious extremism, terrorism and separatism. Chen said that declining unrest in the region proved the effectiveness of China’s “preemptive, preventive measures.”

Beijing has previously said it would welcome UN officials to Xinjiang with the condition that they stay out of the country’s internal affairs. China has insisted that the fate of the estimated one million Uighurs, ethnic Kazakhs, Kyrgyz, and other Muslims is an internal matter.

Chen Xu, said the UN high commissioner for human rights would pay a visit when “we can find a time which is convenient to both sides.”

But the rights chief typically only undertakes national visits provided the host government offers guarantees on certain conditions, included unfettered access to key sites and the right to speak with activists.

At the request of the United States and other Western countries, UN Secretary-General Antonio Guterres in May raised the plight of the Uighurs during his visit to China. Guterres told Chinese Foreign Minister Wang Yi that “human rights must be fully respected in the fight against terrorism,” according to the UN.

Louis Charbonneau, UN director at the Human Rights Watch, observed that the visit of the UN Counterterrorism official indicates that the UN is “handing China a propaganda victory and risks confirming a false narrative”.

AFP with additional input and research by News Desk.

Previous article‘Too soon’ to talk with Iran: Trump
Next articleIran: US Plan B is now clear

18 September 2021
Previous article‘Too soon’ to talk with Iran: Trump
Next articleIran: US Plan B is now clear