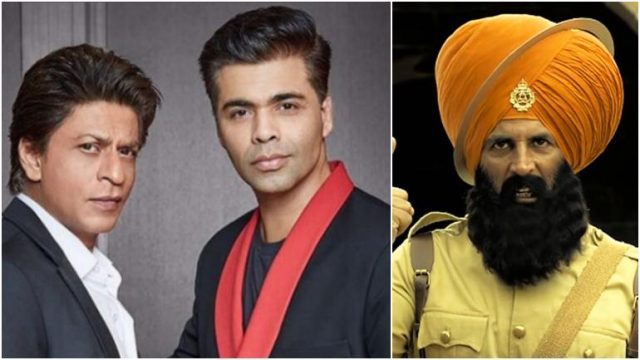 Shah Rukh Khan says nobody has ever dared to misbehave with women on his sets. The actor engaged in a profound conversation with BBC on gender equality.

He recently received a Crystal Award at the World Economic Forum in Davos for his exceptional efforts to support female victims of acid attacks.

The interview explored Khan’s standpoint on gender equality in the entertainment industry and the society he is a part of.

Shah Rukh was asked if he has witnessed sexual misconduct in the Hindi film industry and done anything about it.

“At a level when I’m making films or working in films, we are very clear about the attitude to women. Even the smallest aspects, of the names coming first in the title, which is not going to do anything, but the kind of respectability,” Shah Rukh said on the BBC show HARDtalk.

“Even this small thing needs to be done just to bring about the equality… Just see what we’ve reduced ourselves to. You know, to put a girl’s name in front just to show what little guys we are, thinking of them as equals. And that is sad and that is strangely dichotomous when you’re talking about creativity, and you have boys and girls working together.”

The actor said he never allowed anyone to misbehave with women on his set. He further said that despite the possibility of dissent a coherent discussion is required on the subject.

“There will be dissent for everything and I think, like you would also believe and we all believe, there has to be a discussion on it.”

Read more: Shahrukh Khan to play role of a dwarf in ‘Zero’

Khan says he believes his country is a democracy and disagreements following the discussions are its past and parcel. As an entertainer, he says films and movies hold the potential to at least discuss the concept of gender equality.

It is heartening to see mainstream male actors in South Asia also address the matter of treating women equally in the workplace.

Pakistani influencer Zaid Ali, “No need to justify buying things for loved ones”

Will Pakistani investors get an equal opportunity to invest in CPEC-Economic Zones?