What is reality to rigging allegations for July 25, 2018 General Elections?

General Secretary of Free & Fair Election Network (FAFEN) addresses concerns and confusions surrounding form 45 and the increasing numbers of rejected votes in Pakistani elections. FAFEN is the largest Pakistani organization that deployed thousands of volunteers to monitor Elections in 2013 & 2018.

Was the general election 2018 different from the previous elections or not? If not, then in what way and if yes, then to what extent? In order to assess the credibility of any election, you need to be absolutely independent, neutral and experienced in the use of comprehensive and robust methodology, tools and standards required to ensure free and fair elections.

Free and Fair Election Network (FAFEN), with whom I am associated since its inception in 2006, not only has the required skills, but has also established its neutrality and independence over the decades. For instance, FAFEN was the only civil society network, which was called as a witness by the Supreme Court Inquiry Commission on the General Elections 2013.

Political parties and sub-committees of parliament seek our advice on electoral and governance issues. Without any exception, all national and international media houses seek our opinion in this regard. We are humbled. We achieved this credibility because of our outreach, strict enforcement of scientific methodology and analysis of the data with utmost honesty.

For instance, to observe the 2013 General Elections FAFEN deployed about 40,000 short-term observers, and we had 19,000 on July 25, 2018. Prior to the polling in every district and constituency, long-term observers had already started working by end May.

Besides political environ and campaign observation, about 5,000 district level office bearers of major parties were interviewed and amazingly, as many as 90% of them stated that, they did not face any form of intimidation or harassment from anyone. Table 1, shows party-wise percentage of responses. Our 19,000 trained observers watched polling and counting from start to end at 72,000 polling stations. FAFEN released its preliminary report on July 27.

During the course of the polling, all day, no one including contesting candidates, media groups or observer groups reported any case of serious irregularity or rigging. Rather, everyone was praising the peaceful, orderly and disciplined polling. Therefore, It was surprising when some candidates began to complain about rigging later in the evening and within a couple of hours, the elections were being made out to be controversial.

Read more: Punjab to cede 9 seats to KP & Balochistan in next…

Eviction of polling agents and non-issuance of Form 45 were allegedly used as proof of rigging. After midnight around 12:30, the electoral authorities suddenly announced, that the Result Transmission System (RTS) had collapsed and the alternative was being used. Ignorance is always hazardous as it kills common sense. Sadly, many polling agents, political leaders and even reporters appear to be ignorant about the polling process.

Keeping in view, the rigging and gerrymandering around the past elections, it is predictable that the direct beneficiaries were going to instigate suspicions around the 2018 elections. The election authorities must have known it and thus enhanced and ensured greater procedures for transparency.

In order to observe counting and ballot validity, only one agent per party is required. This is exactly what happened on 25th night. All extra polling agents were told to leave aside from the one required according to procedure. This was not new at all. It has been the case in all previous elections. This issue has never been raised in previous elections. Just recall the general election of 2013, when there was controversy surrounding Form 14. 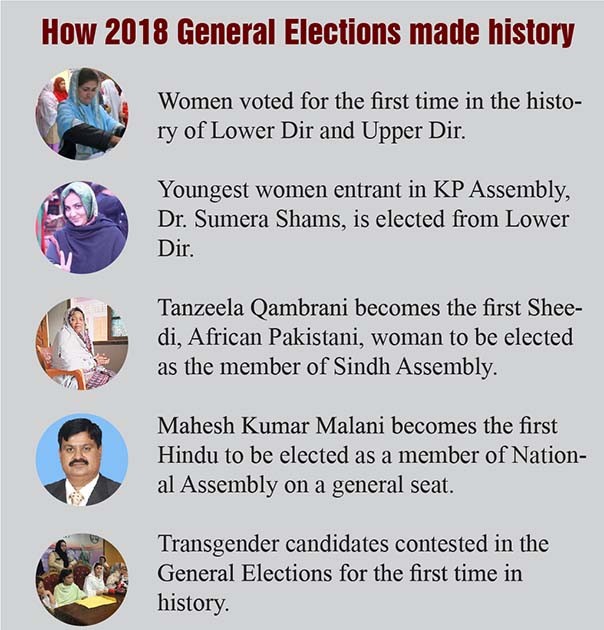 Now, Form 45 has come into the limelight. In 2013, the Result Management System had also failed. As the news was spread about the ‘eviction’ of the extra polling agents, it was perhaps taken as the repeat of 2013. Obviously, those extra polling agents could not have Form 45 as they had left before the counting.

The candidates who were losing at that stage, perhaps, thought that their victory was going to be snatched. Keeping in view, the rigging and gerrymandering around the past elections, it is predictable that the direct beneficiaries were going to instigate suspicions around the 2018 elections. The election authorities must have known it and thus enhanced and ensured greater procedures for transparency.

Read more: ECP snubs opposition parties over allegations of its failure in ensuring…

A Surge in Rejected Vote Numbers in 2018 Elections

The issue of a large number of rejected votes across many constituencies further fueled the rigging allegations. Once again this is a persistent phenomenon in all General Elections and even the senate elections held in Pakistan. It happens in countries where literacy rate is low.

A little examination of politicking is required here. Most parties who have been rejecting the results, believing that their victory was snatched through organized rigging, in fact, happen to be the beneficiaries of this alleged sin.

This means the major jump took place up until GE 2013, while between 2013 and 2018 it was just 21%. Interestingly, no one turned it into a controversy during the last elections. However, when the rejected number of ballots exceeds the margin of victory, it is a call for concern. 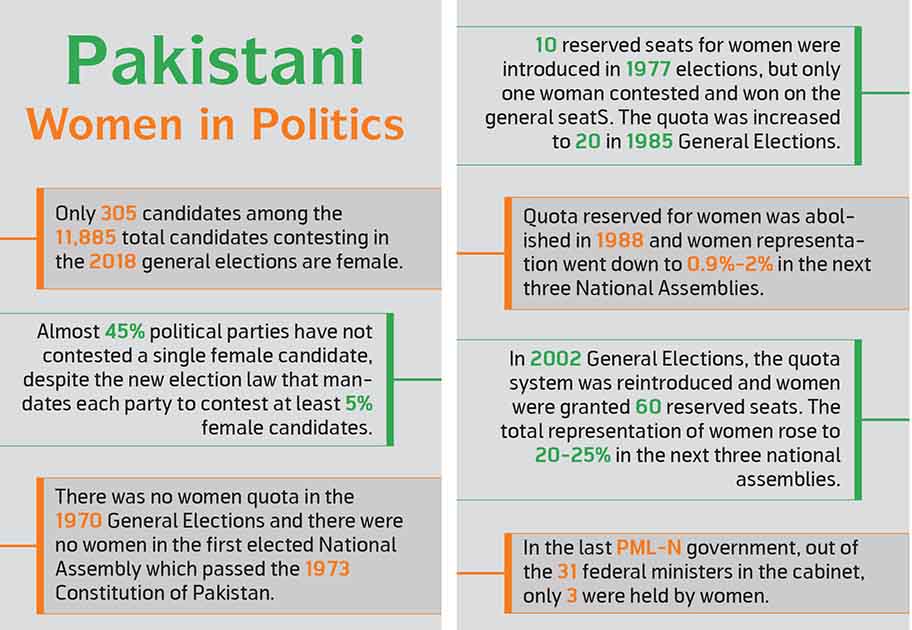 Read more: This was General Election 2018 and not a general(‘s) selection

1.66 million rejected ballots is not a small number. It is equal to the voters of three National Assembly constituencies and, unnecessarily taints the credibility of the ECP. Therefore, we would like to recommend to the ECP to study each and every rejected ballot in order to prevent it from happening in the future.

Another related issue is – whether excluded ballots made any impact on the victory of a certain candidate? As far as our understanding is concerned it appears to us that the larger the gap between the margin of victory and excluded ballots, higher the likelihood of mischief.  This must also be investigated.

No,w lets go back to Form 45. This form provides polling station wise count of each contesting candidate. It also gives details of tendered, challenged and excluded ballots. Therefore, it is a basic document. Its issuance to polling agents and display on the polling station wall is made mandatory under the law. According to our observation and preliminary analysis, in most case, Form 45 was issued to most of the polling agents.

If any candidate has complained about it, their complaint must be investigated. And, this could also be done by obtaining copies of Form 45, that were issued to the other present polling agents. Here I would like to mention Form 42 – an equally important document. 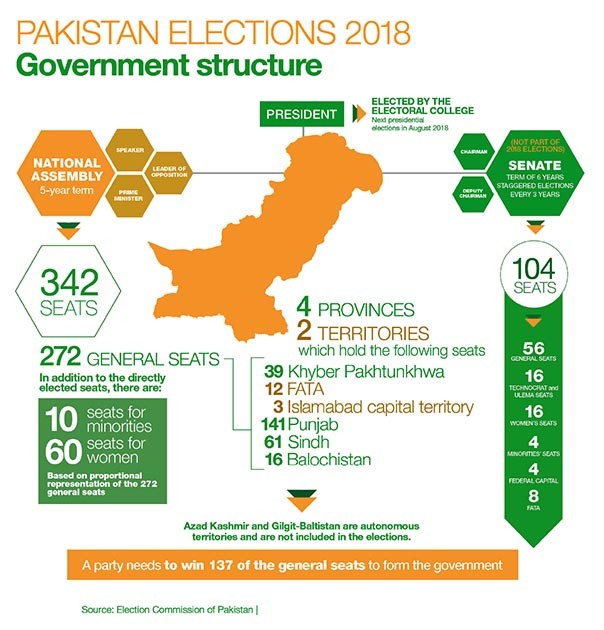 A little examination of politicking is required here. Most parties who have been rejecting the results, believing that their victory was snatched through organized rigging, in fact, happen to be the beneficiaries of this alleged sin.

The issue of a large number of rejected votes across many constituencies further fueled the rigging allegations. Once again this is a persistent phenomenon in all General Elections and even the senate elections held in Pakistan.

I must not draw any conclusion with this. I leave that to the readers. Having said that we still demand the ECP to investigate all complaints in a transparent manner. Lastly, to address the hot question of whether the  General Elections 2018 were free, fair and transparent and better than the 2013’s, lets first consider the statement of Dr. S Y Quraishi, the former Chief Election Commissioner who was part of the Commonwealth Observers Group.

He said, “we found everything to be fine and our mission did not find any such (rigging) thing.” As far as comparison, with the GE 2013 is concerned, the EU group said there was much improvement”, while the Commonwealth group stated “ The General Elections, 2018 was an important milestone in strengthening democracy in Pakistan and the polling process was on the whole well administered.”

However, both groups pointed out the need for improvement. FAFEN too was satisfied with the elections. It is worth noting that the ECP has ordered recounting in 70 constituencies – an unprecedented occurrence. Wish, this would have happened in the aftermath of GE 2013.

Sarwar Bari is the Secretary General of the Free and Fair Election network and heads Pattan Development Organization. He can be reached at bari@pattan.org.

Previous article
How will the new Govt. deal with the fiscal deficit? – Adil Nakhoda
Next article
Elections 2018: Pakistan’s dirtiest elections or the fairest? – Moeed Pirzada