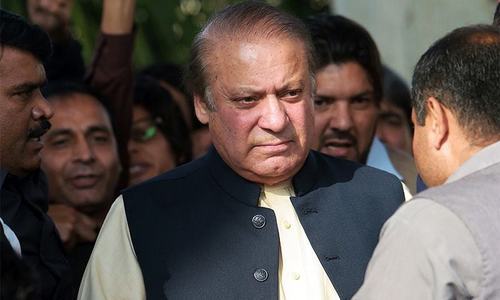 According to reports, PML(N) leader Shahbaz Sharif faced a tough time at the hands of his own party members in a recent meeting. Sources claimed, the disgruntled members were apprehensive over Shahbaz’s lackluster leadership and the continuing fall in fortunes of the party under his command.

Another sticking point was the alliance with the Pakistan People’s Party about which the PML (N) perceives is stabbing them in the back. The PPP refused to vote for PML (N) candidates in the Prime Minister and Chief Minister Punjab elections while getting PML (N) votes for Speaker National Assembly.

Talking to a private TV channel, Kashif Abbasi, a leading journalist, said that PPP suffered heavily for not playing opposition in the federal from 2013-18. The conduct of the PPP during the previous democratic tenure highlighted them as a B team of the PML (N) rather than a genuine opposition, a gap which was picked up by the Pakistan Tehreek-e-Insaf (PTI).

The position of Shahbaz Sharif has always been of working with the establishment and not the politics of fighting. Contrary to this, Nawaz Sharif has played the card of anti-establishment, inside and outside of jail.

This shows the predicament of the opposition. If the PPP joins the opposition alliance in the parliament, everyone will suffer and the only benefit will go to the Muslim League. He opined that the PPP will not benefit from Punjab, either partywise or individually.

Many analysts assert that the disunity among the opposition is nothing new. While even before the 2008 elections, both the PPP and PMLN had decided to stick together overtly and covertly, there were allegations of a scant fulfillment of the pact by both sides. The only point of convergence between the two was to protect their corruption cases, fight against other government institutions and also to isolate the PTI.

Read more: Is PPP trying to appease Imran by not supporting Shahbaz?

The strategy seemed to have backfired. Not only was the PMLN chief disqualified and imprisoned for his corruption but similar cases have also opened against PPP chairman Asif Ali Zardari. Similarly, the PTI swept to power brushing aside both the PPP and PMLN who were taken to task by the voter for their misgovernance.

Many now assert that in the political machinations of Bilawal Zardari, PPP’s association with the PMLN would only lead to the downfall and lead to the party losing the modest gains it had made in the July 25th elections. Bilawal seeks to emulate the PTI model for future success. However, the PML-N will benefit as much as the Pakistan Tehreek-e-Insaf (PTI) government weakens in Punjab.

The PPP refused to vote for PML (N) candidates in the Prime Minister and Chief Minister Punjab elections while getting PML (N) votes for Speaker National Assembly.

Now the question comes, what is the problem of Shahbaz Sharif? Shahbaz Sharif’s problem seems to be arising from his strategy. It is contended that Shahbaz Sharif was on a step by step path of consolidating his power. His first step was to take the party out of the hands of his elder brother Nawaz Sharif which was to be followed by spreading his influence across the party.

However, events have taken a different turn. Since the day Nawaz returned home to the electoral failure of his party on 25th July, it has become evident that Shahbaz cannot lead the N League. A part of the problem stems from the perception of his party about Nawaz Sharif. A large part of the party is currently looking for leadership and instructions from Adyala jail instead of Model Town or Shahbaz Sharif.