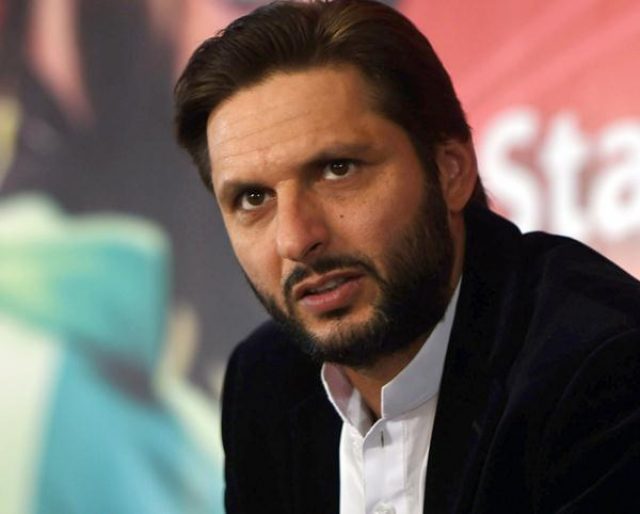 Star cricketer Shahid Afridi has congratulated the Chief Justice of Pakistan Mian Saqib Nisar, for taking an aggressive approach towards the humanitarian and social developmental crisis in Pakistan and advised him to hold accountable the ‘black sheep’ in the judiciary.

Afridi stated that CJP’s surprise visits have indeed improved the conditions of hospitals, and he must make such visits to the lower courts as well to fix the loopholes that exist in his profession.

Read more : Shahid Afridi: A savior for the children of Thar

In the past several months, he made visits to government-run hospitals and schools in Sindh, Punjab, and KPK. He took notice of the debilitating condition of the state facilities.

The issues of human development and the growing water crisis in the country are amongst the top priorities of Chief Justice Mian Saqib Nisar.

He has taken several suo moto notices and summoned the chief ministers of all the provinces over the mega corruption cases that were reported in various state departments.

He has been passing strict remarks regarding the ineptness of senior bureaucrats of the civil government, stating they have failed to deliver to the public.

On the other hand, Shahid Afridi has taken up on the humanitarian cause after his retirement. His charity organization, Shahid Afridi Foundation, is actively working to serve humanity in Pakistan.

He recently donated a million rupees to the Sindh government for the construction of a children’s hospital in Thar.

He further encouraged Bilawal Bhutto Zardari to follow in the footsteps of his mother, the late Benazir Bhutto, and his grandfather Zulfikar Ali Bhutto in serving his country. He urged Bilawal to not to fail the hope the youth has from him.

Zardari, Faryal among others in money laundering probe: JIT

Repercussions of US withdrawal from Afghanistan