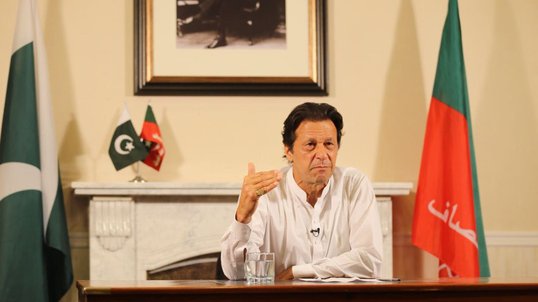 The expected federal minister added that it was highly disappointing to see a sensational stuff from a considerably serious news organization. She quoting headline of the express tribune wrote: One sick headline – clearly reflects an irresponsible “anything goes to target PTI” approach!.

Upcoming Finance Minister #AsadUmar injured during horse riding but now he is safe.

He got treatment at local hospital not from London. Tabdeeli Started pic.twitter.com/FQujUfZyHi

Asad Umar, a senior leader of Pakistan Tehreek-I-Insaf sustained injuries after he fell off a horse while he was climbing on it. The initial reports suggested that Umar sustained injuries on his back after which he was immediately shifted to a nearby hospital.

Asad Umar was discharged from the hospital after minor treatment. He reached out to his followers after the incident and informed he suffered a twisted ankle. He informed that he was on his visit to Budana Village to thank people for supporting him in the elections.

The incident happened when Asad Umar tried to ride the horse on the request of the people but lost his balance and fell back. The news media outlet while reporting the news made a controversial headline ‘ Asad Umar falls off his high horse, literally’.

Not only Shireen Mazari but a score of other followers were offended by what they call a move below the ‘professional journalism’. They lashed out at the media organization for making the incident controversial.

They stated the media outlet has ruined its reputation among the public. With such incidents, the organization has lowered the standard of the news organization as it raises the questions on their credibility. People wished Asad Umar good health and early recovery.

Shocking: Zayn Malik is not a Muslim anymore