In a latest move, Sindh government has finally decided to conduct a province-wide crackdown on quacks and illegal clinics, local media reported on Sunday. 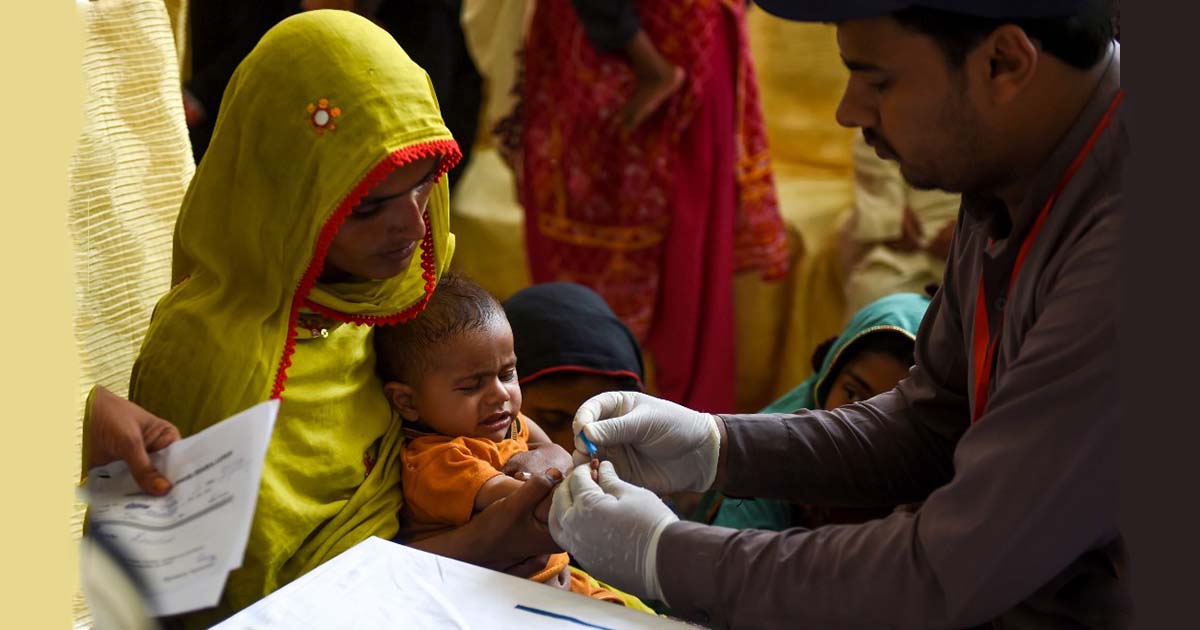 According to the details, the Sindh Health Care Commission and Health Department decided to launch a large scale drive against quacks across the province and a comprehensive plan had been chalked out in this regard.

According to the report, over 14,000 people in Rotodero district were screened out of which 534 tested positive for the HIV virus. Of these patients, 270 were female and 264 male.

Earlier, the authorities arrested 17 quacks in connection to the spread of HIV in the province.

#HIV epidemic is becoming serious silently in #Larkana #Sindh #Pakistan. Just in one town #Ratodero over 16K people screened for #HIV and 500+ diagnosed HIV positive.People are so afraid, they stopped visiting barbers many people bought shaving machines to be safe from HIV virus pic.twitter.com/FoOseFTelG— Amar Guriro (@amarguriro) May 20, 2019

Sources claim that the FIRs were registered under sections 417, 419 and 269 of the Pakistan Penal Code (PPC) against the arrested fake doctors.

In Sindh, there has been a rise in HIV cases which has created serious questions on the quality of governance in the province. A report by the Director General (DG) Health Sindh, Dr Masood Solangi, on the spread of HIV in Larkana’s Rotodero district, has revealed startling facts. According to the report, over 14,000 people in Rotodero district were screened out of which 534 tested positive for the HIV virus. Of these patients, 270 were female and 264 male. The age group distribution revealed the most affected age group was 2-5 years with 294 (55.05%) cases followed by the age group 6-15 years with 100 (18.7%) cases.

Read more: The Rise of HIV positive cases in Larkana: Where is the…

It is argued that the health facilities in Sindh are not satisfactory, where for the last 15 years PPP is in power. Recently, when Chairman PPP Bilawal Bhutto Zardari was holding a press conference, a journalist asked him a question regarding how there was no child specialist in Larkana? To which Bilawal had nothing to say and left the press conference.

He just asked a simple question… Why there is no Child Specialist in larkana? pic.twitter.com/3gHZWkIogB— Dr Sanjay Gangwani (@GangwaniSanjay) May 25, 2019

B/c they don’t give a damn abt the poor people of Sindh! Condition across the province are pathetic & disgraceful.
They win election at gun point, blackmailed people by blocking water on their lands & use Sindh police as their personal force.
Criminals rule Sindh by sheer force! https://t.co/kg1pBd9kyB

Experts believe that the current state of health in Sindh is greatly dismaying, which demands immediate attention and policy measures to be taken in order to ensure that the spread of HIV is controlled. It is feared that if the government fails to control the ongoing trend it may result into an even bigger disaster. Therefore, PTI government is repeatedly reminding the provincial government of its responsibilities and commitment to the public.

All is not well in Xi’s China