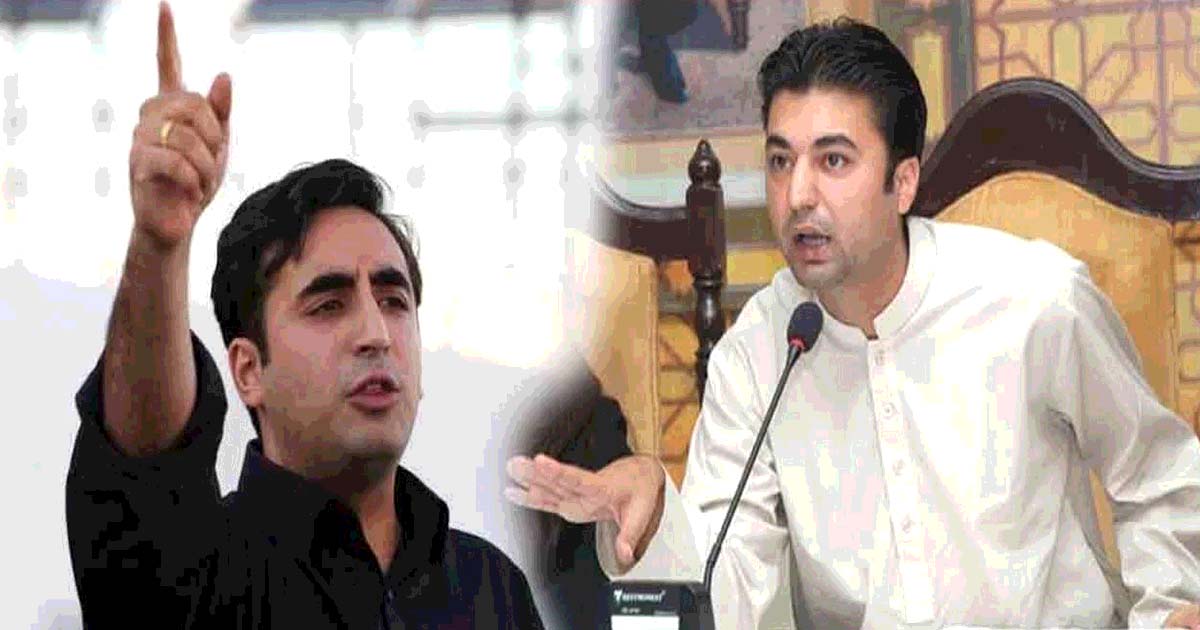 PTI’s cabinet minister Murad Saeed said PTI will release Larkana from the shackles of rabid dogs that are mercilessly biting the people.

Hypocrites are those that call Manzoor Pashteen a traitor and him a leader #Bilawal #MuradSaeed pic.twitter.com/6bl1WOYxWH— Merak Khan Zehri (@merakzehri) February 11, 2020

BB took a decorated seat of her father, then signed a deal with a ‘Military Dictator’ the famous ‘NRO’, @BBhuttoZardari himself is an accidental chairman, snatching party from deserved heirs of PPP – calling IK’s politics favoured by someone? Clapping for your audacity. https://t.co/Lhq7LpCvaj— Sameena E. (@SameenaERana) February 11, 2020

Bilawal Bhutto said PM Khan removed Benazir Bhutto’s name in vengeance and alleged that he as selected PM, became premier with the support of ISI chiefs. He added that PM Khan should resign because his incompetence has plunged the country into a severe economic depression, unprecedented inflation and people are hugely suffering due to him.

Murad Saeed, blasted Bilawal Bhutto, in his speech and reminded him that Sindh is suffering from abysmal governance of PPP. Adding that incidents of rabid dog bites are increasing but hospitals do not have life-saving anti-rabies vaccines to treat people.

Murad Saeed’s went on to make snarky comments on Larkana seized by rabid dogs and that PTI will release it from stray dogs irked the opposition members, who left the hall in large numbers.

Read more: My father did not travel on Student visa: Murad Saeed furious

Saeed said that every legislator of PTI has worked hard to reach here unlike Bilawal Bhutto who inherited party leadership mantle without any merit and became the accidental chairman of PPP.

What a Speech..!!! Loved it… You deserving a salute…
hatts off You…… Murad Saeed …
You enough for Whole opposition and Corrupt Politicians.. 🙌👌😃 #MuradSaeed #کتوں_کی_زد_میں_سندھ pic.twitter.com/PpGLloThzT

The assembly session ended amid a heated debate between legislatures. Social media rallied in appreciation of Murad Saeed for reprimanding Bilawal Bhutto.