Slaps Don’t Turn In to Claps 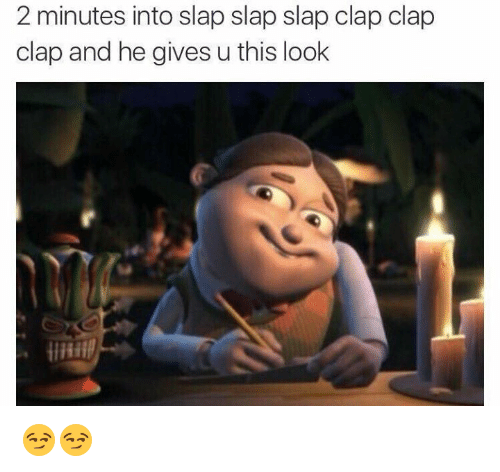 It was the silence of the lions which made the wolves stronger. What PTM is demanding is nothing unconstitutional but coupling it with their anti-state actions makes it not only illegitimate but also, deplorable. This is the very reason that most of the people, including the majority of Pashtuns or ‘Gul Khans’ as called by PTM stalwarts, despise this whole movement.

There is no denying the fact that Pashtuns, especially from Tribal regions, have suffered the most during the war against terrorism and no one can match their sacrifices. However, it is also a fact that they cannot absolve themselves of their imprudence by blaming others for bringing the wretchedness upon them. Whether it is  Mullah Fazlullah of Swat, Bait Ullah Mehsood of Terik-i-Taliban (TTP), Mangal Bagh Afridi of Lashkar-e-Islam or any other leader of such terrorist groups, all of them have one thing in common; they are all Pashtuns and they, themselves,  are the ones responsible for butchering thousands of their own.

With this in mind, it is evident that all the turmoil was the consequences of the exploitation of ‘Pukhtoonwali’, the non-written ethical code of the Puktun people. It was taken advantage of by their foreign guests, guests who were considered pious and saintly and therefore, soon became relatives and friends and went on to hold the locals hostage in their own land. It was the silence of the lions which made the wolves stronger..

What PTM really needs to do is address the Pashtun leadership, primarily Achakzai and Fazl ur Rehman, and hold them accountable for conspicuous frivolous attempts of liberating Pashtun, which, only exacerbate the lives of the ingenuous Pashtun, making their own lives lavish.

However, it is important to remember  that this is the same military, which has established the quarter of its strength from the Pashtun tribe and has gone on to bring t peace to the region after a lot of anarchists brought misery and devastation not only to the to the Pashtun lands but to  the country as a whole. Nevertheless, the military is still loathed by PTM, maybe due to the lack of knowledge or due to personal incentives such as providing a fallacious consolation to their followers,  to attain maximum attention.

That having been said, when it comes to the abolishment of the Frontier Crime Regulations (FCR) and bringing Federally Administered Tribal Areas (FATA) into the mainstream, no political party or institute opposed the move except two of the most famous Pashtun Politicians, Mehmood K. Achakzai and Fazl-ur-Rehman.. Two of the same men who support PTM, with Mehmood K. Achakzai, even, rumored to be the mastermind behind the movement.

Read more: US Interest: Kiss of Death for PTM?

No major efforts were made by the Awami National Party (ANP), the Pashtunkhawa Milli Party (PkMAP) or the Jamiat-e-Ulama-e-Islam (JUI F) during the last ten years. The parties took advantage of government ministries, attempting to abolish the FCR while, the Gillani Ministry, after being sworn in, tried to repeal the FCR. , Therefore, it is no secret that when it comes to FATA senators and ministers, their loyalty usually goes to the highest bidder.

With this in mind, however, the sacrifices made by the Pakhtun people in the past should not be forgotten, such as, , the tribe of Bajaur Agency which, routed the Afghan Forces and acted  as an obstacle in front of Afghan Prime Minister Daud’s covetous schemes, back in the 1960s, to capture parts of Pashtun majority areas of Pakistan. The same spirit was displayed this Sunday, at Kurram Agency, when the local tribe reached the border armed and ready to help the Pakistan Military to thwart attempts of aggression from across the border.

It was the silence of the lions which made the wolves stronger. What PTM is demanding is nothing unconstitutional but coupling it with their anti-state actions makes it not only illegitimate but also, deplorable.

This undeterred patriotic zeal and spirit only made Pakistan stronger and unified at our western front since independence. Therefore, in the presence of such courageous tribal belts, not much military was deployed at our western border for decades until recently; the same time Pakistan lost its unified front.

Therefore, What PTM really needs to do is address the Pashtun leadership, primarily Achakzai and Fazl ur Rehman, and hold them accountable for conspicuous frivolous attempts of liberating Pashtun, which, only exacerbate the lives of the ingenuous Pashtun, making their own lives lavish. After what happened in some of the protest led by Pashteen, it is only sane not to encourage or provides any media coverage of the movement. Just last year, the courts banned coverage of Altaf Hussain’s speeches for similar reasons and it would be unwise to tolerate it in PTM’s case.

If PTM wants respect, it needs to start respecting; slaps don’t turn into claps. Raising anti-state slogans and manipulating the narratives of oppositions while making legitimate demands wouldn’t do any good to the movement, it will only lead them to come off as following the ‘enemy’, creating more bitterness and disharmony. The perfidy of our own ‘darlings’ have led us into a quagmire of intended consequences.

Faisal Ashfaq is a blogger. He is from tribal areas; after studying at Sarhad University, Peshawar and Comsats Islamabad he is now working with a multinational company in power sector. The views expressed in this article are authors own and do not necessarily reflect the editorial policy of Global Village Space.
Previous articleCM Khattak claims he was asleep when mob attacked PTV during 2014 Dharna
Next articleAnother gem lost: Madeeha Gohar passes away