At least 93 people died and 76 were injured across Pakistan with several still missing while a further 39 were killed in Afghanistan, according to officials in both countries. 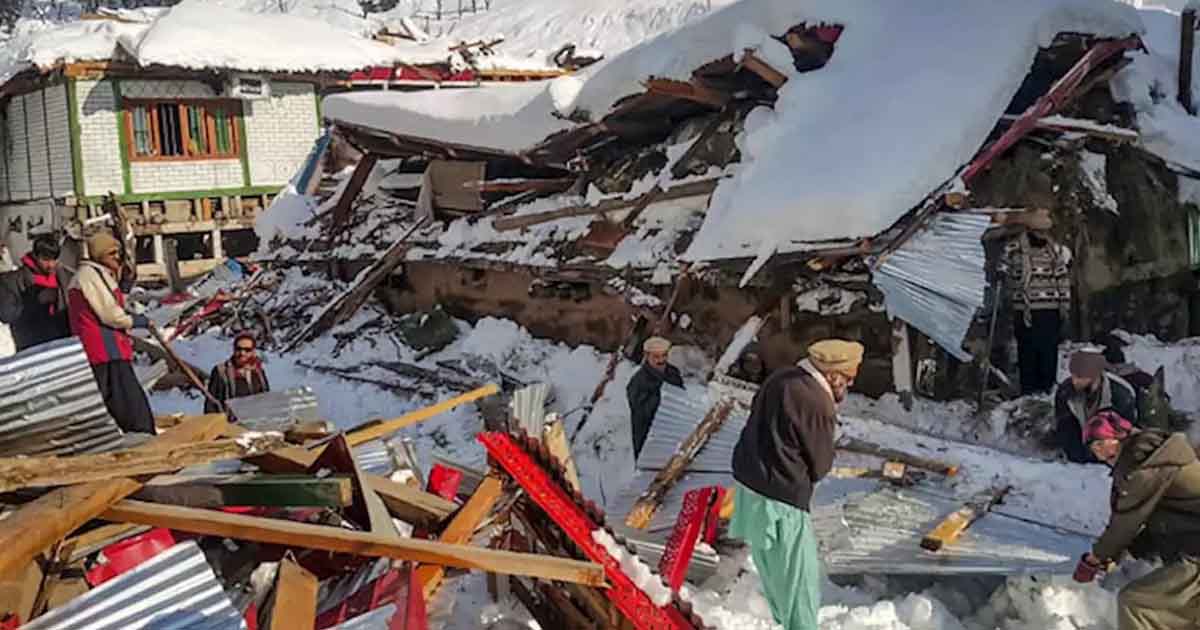 At least 93 people died and 76 were injured across Pakistan — with several still missing — while a further 39 were killed in Afghanistan, according to officials in both countries.

Forecasts suggest more harsh weather is on the way.

Pakistani Kashmir was the worst-hit area, with 62 people killed and 10 others missing, the State Disaster Management Authority said in a statement.

In Kashmir’s picturesque but conflict-riven Neelum Valley, heavy snowfall triggered several avalanches, including one that hit a village and killed at least 19 people.

Pakistani authorities have said that across Neelum Valley, at least 59 people have been killed and over 40 injured by both avalanches and landslides. More than 100 houses have been destroyed or damaged.

Police say most routes to access the valley are blocked, so rescue teams cannot get in; Neelum Valley is a narrow crescent-shaped valley that runs some 130km (81 miles) from end to end, surrounded on both sides by tall mountains.

Avalanches, flooding and harsh winter weather have killed more than 130 people across #Pakistan and #Afghanistan and left others stranded by heavy snowfall.
📸 pic.twitter.com/dUpRTmswRU

Authorities have shuttered schools, while several highways and roads were closed across the country’s northern mountainous areas, according to officials.

“The severe snowfalls and landslides in AJK have caused misery & deaths,” tweeted Pakistan Prime Minister Imran Khan, referring to the part of Kashmir controlled by Islamabad.

To the southwest, in Balochistan province, at least 31 people had been killed in separate weather-related incidents.

“Most of those who died were women and children,” said Mohammad Younus, an official with the provincial disaster management authority, adding that hundreds remained stranded.

Across the border in Afghanistan, more than 300 houses were either destroyed or partially damaged throughout the country, said Ahmad Tamim Azimi a spokesman for the Natural Disaster Management Authority.

“A cold snap, heavy snowfall and rains that started two weeks ago have caused damage,” he said.

Most casualties were caused after roofs collapsed under thick snow, he added. Hardest hit were southern Kandahar, Helmand, Zabul and western Herat provinces.

In Herat, seven people —  all members of the same family and including children — died when their roof caved in, Azimi said.

Harsh winters often take a heavy toll in mountainous Afghanistan, and the country remains poor despite billions of dollars in aid from the international community.

Officials said army men and a paramilitary soldier died in two separate avalanches along the highly-militarised border dividing the Himalayan territory between India and Pakistan.

Separately, a top official from Kashmir’s civil administration said six people were killed after their house came under a massive snow avalanche in the northern part of the valley that saw heavy snow in recent days.

In India’s adjacent state of Himachal Pradesh, an avalanche buried an elderly person alive, while three others died in landslides, officials cited by the Press Trust of India said.

India doesn’t need a working relationship with US Central Command

Nawaz Sharif’s Anti-Judiciary campaign: Will it ensure his relevance for PML-N?