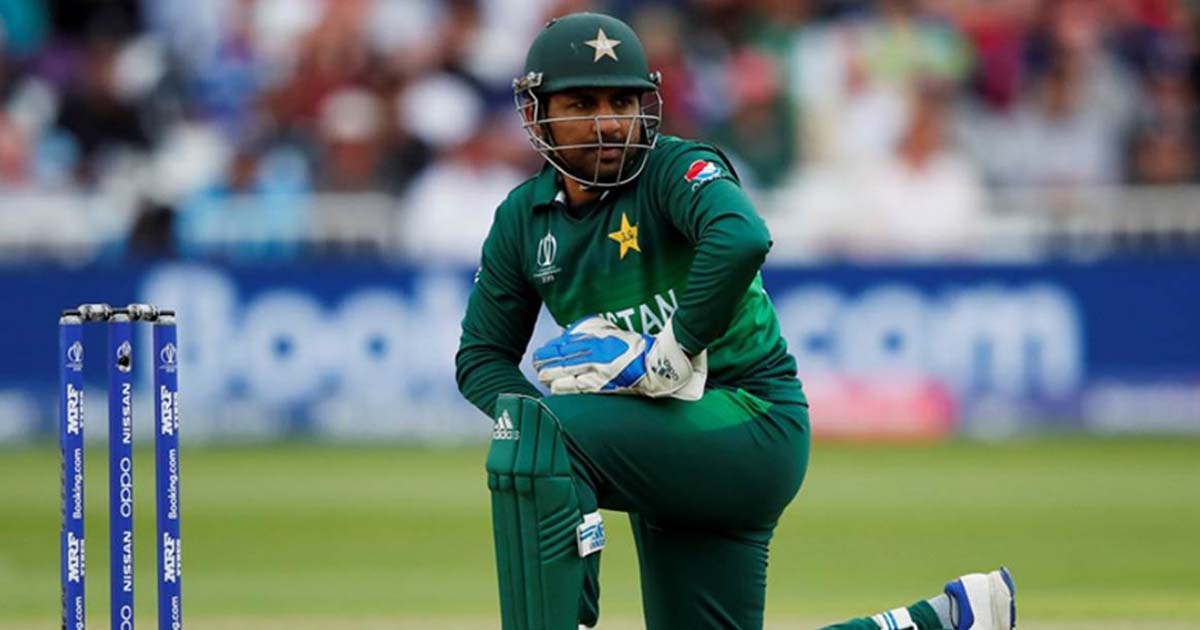 Skipper Sarfaraz Ahmed came under the attack of abusive remarks and disrespect by a disgruntled Pakistani fan in London. A new video circulating on social media shows the Pakistani captain silently gulping the abusive comments by a boy who chased him at a shopping mall.

The boy jeered at skipper Sarfaraz Ahmed regarding his physique and fitness. The skipper, with his son, left the place without responding. Social media rallied in support of the skipper as soon as the video went viral. Notable personalities including Reham Khan, Veena Malik, comedian Ali Gul Pir, journalist Maria Memon, and Indian actor Riteish Deshmukh supported Sarfaraz Ahmed in the face of harsh criticism. Many Indian cricket fans also extended their support to the skipper and advised people to refrain from going to extreme lengths while in anger.

Every captain in history has lost an important match. #SarfarazAhmed doesn’t deserve this. This is harassment… for heaven’s sake he is with his child. https://t.co/JU8YFKMPyg— Riteish Deshmukh (@Riteishd) June 22, 2019

Disgraceful behaviour by this obnoxious who clearly needs better parenting. Sarfaraz just lost a game of cricket but as a society we have lost our basic values & decency. https://t.co/Zg1TBQPED1— Reham Khan (@RehamKhan1) June 22, 2019

This is what I meant when I said we shouldn't bash people. No one has the right to call him a pig, even if you do pay his salary with ur tax money. Shame on you all who justify such behavior #UnPakistani https://t.co/PHXLi13ubb

The netizens lauded Ahmed for his immense patience and reproached the boy on privacy and etiquettes. After the video, Pakistani cricket fans expressed their love and support for skipper Sarfraz Ahmed, with “#Pakistanlove Sarfaraz” and “#SarfarazAhmed” becoming top trends on Twitter.

The alleged boy has now released another video on social media and apologized for his inappropriate behavior. The skipper seems to have taken the backlash seriously since another video of him training arduously at Lord’s stadium is making rounds on social media. The video shows Ahmed reached the ground an hour before his team members for practice.

The fans are dejected after Pakistan’s dismal defeat against India. Pakistan needs to win the remaining four matches to qualify for the semi-finals of ICC World Cup.

Players, Muhammad Hafeez, Wahab Riaz, Imad Wasim, and Shoaib Malik are optimistic to improve their performance in the upcoming matches and admitted that their fans have the right to criticize them on their performance but they must respect their privacy and keep their families out of it. Earlier, Pakistani fans trolled Indian tennis star, and wife of Pakistani batsman Shoaib Malik, Sania Mirza for Pakistan’s poor performance.