Prime Minister Imran Khan fell into another controversy after his video of speaking inappropriate words while praising Holy Prophet PBUH during his speech circulated on social media. The inflamed social media went haywire and demand legal actions against him 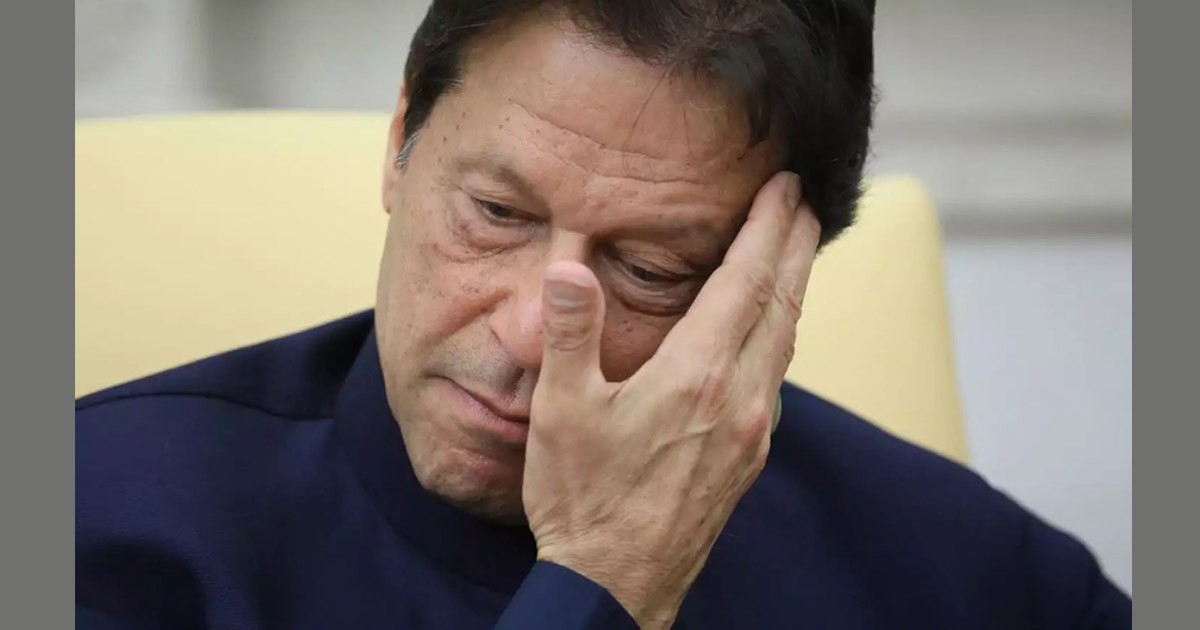 Prime Minister Imran Khan is under a whirlwind of criticism on social media for his selection of words while narrating the ordeals of Holy Prophet during his public speech.

What Imran Khan intended was to praise the tenacity of the Holy Prophet towards his divine mission. He began his speech calling the Holy Prophet, the most beloved messenger of Allah. He asserted that the Holy Prophet continued his mission notwithstanding obstacles, opposition, verbal denunciation and persecutions. Only 40 people embraced Islam in the first ten years of his prophethood yet he persevered and overcame his difficulties.

Nothing is more important than the respect of Beloved Prophet Muhammad SAW. No materialistic knowledge matters when you have not respect in your words for Prophet. Curse of Allah on those who're with Islam's enemies. #مانی_مینٹل_زبان_کولگام_دو pic.twitter.com/lpk9Sv194f

In all likelihood, PM Khan sought to encourage his fellow cabinet members, and his millions of followers and supporters, to draw inspiration from Holy Prophet to remain steady in their fight against the social evils and bring a positive change in the country. However, his critics point to the choice of words in his speech while referring to the obstacles he faced. They argue that his “choice of words” has smeared his message and offended people on social media.

An unwarranted controversy now surrounds PM Khan on social media. Twitter users called him out for his sloppy words and demanded to register a case of blasphemy against him under section 295c of Pakistan’s Penal Code. However its possible that this position is being taken by his political opponents – some leading twitter handles attacking Khan definitely look like belonging to PMLN supporters.

Twitter spawned with reactions asking PM Khan to gauge words before speaking or remain silent since his words have hurt the sentiments of people. The furious people even went on to call him a Jew and blamed him for damaging Muslims and Pakistan.

None of the PTI senior leadership or advocates have stepped forward to clear the controversy. It is, however, an understood fact that Imran Khan did not intend to show disrespect to the Holy Prophet. If anything Prime Minister routinely refers to the Prophet as his role model and wants youth and his supporters to learn and get inspiration from Prophet’s life and struggle.

Exploitation of Blasphemy laws in Pakistan

PM Khan, according to one view, must practice more caution since he has been prey to blasphemy charges and accusations by his political opponents, particularly JUI-F that organised widespread protests accusing him of disrespecting the revered Holy figures. His slightest carelessness can endanger his survival. The alternate view is that those who exploit religion for political goals should be exposed and discouraged – in the instant case some politically connected interests on social media may be exploiting this issue.

The reverence and respect of the Holy Prophet is a sensitive issue in Pakistan. A government legislature, former Punjab Governor, Salman Taseer had lost his life after his guard Mumtaz Qadri opened fire on him due to blasphemy accusations. Governor had not said anything remotely blasphemous, he was however a vocal critic of Maulvis and religious leaders of political parties and factions who were pitched against him due to Aasiya Bibi case.

Taseer in the end fell victim to the incessant propaganda that was being done against him by religious lobbies. Mumtaz Qadri and his lawyers failed to prove anything in the court in his defence. Qadri was given capital punishment and was hanged in the early part of 2016.

Qadri’s execution lead to the creation of Tehrik-e-Labaik Pakistan (TLP) that forced a “Dharna” on Faizabad, Islamabad in 2017 and later mayhem on streets against the appointment of Atif Main as advisor to PM in 2018 and later against the Supreme Court decision of aquiting Aasiya Bibi from blasphemy case. Ultimately the government and the state institutions dealt TLP with an iron hand. Cases of terrorism were registered against TLP leaders including its firebrand leader, Khadim Hussain Rizvi. Rizvi is now much muted and behaves with due respect to law.

It is noteworthy to recall that PM, Imran Khan has been vociferous on the deliberate blasphemous campaign in western countries – and some European countries have actually responded to his strong protests by taking actions against the blasphemous content and offending persons.

He dedicated a major part of his impassioned speech at the 74th United Nations General Assembly to address the issue of blasphemous content produced in western countries. He asked them to stop ridiculing the Holy Prophet since his reverence is a foremost component of Islamic beliefs.

He added that the mockery of Holy Prophet PBUH pains Muslims and warned the world not to misuse the freedom of speech.

“The Prophet (PBUH) lives in our hearts. When he is ridiculed, when he is insulted, it hurts us. As we humans know that pain of the heart is far far far more hurtful than the physical pain. And that is why the Muslims react,” said Imran Khan while addressing the world at UNGA.

He said he always thought to utilize a grand platform like UNGA to disseminate his message on the blasphemy of the Holy Prophet. He earned praises of the global Muslim scholars for his vehement take against the disrespect of the Holy Prophet at a notable international platform.

He has even teamed up with Turkey and Malaysia to run a global TV channel that will tackle Islamophobia and the blasphemy of the Holy Prophet.

You are non sense person you used abusive language many times about companion of Prophet PBUH.Are you muslim?
???#مانی_مینٹل_زبان_کولگام_دو pic.twitter.com/3T8sXHSeux

US demands prosecution over citizen killed in Pakistan court

Panahgah in need of Panah: Shelter Homes nears shut down