Social media disapproved of the decision of session and district Court Multan of the death penalty for academic Junaid Hafeez in the blasphemy case. Social media users have demanded the authorities to review the case who believe that the case is false and Junaid Hafeez was hounded in vengeance. 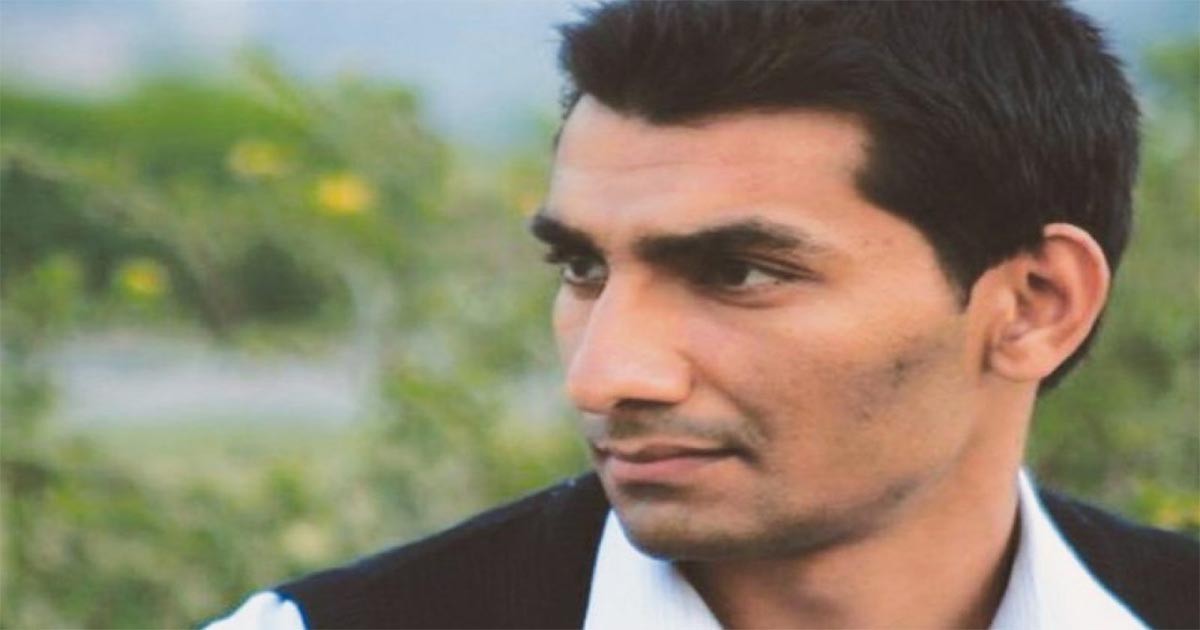 Junaid Hafeez, a former academic of Bahauddin Zakariya University, is awarded the death sentence in a blasphemy case by Multan’s district and session court on Saturday, 21st December.

Hafeez, a former visiting lecturer in the Department of English Literature of BZU, was arrested by Police on blasphemy charges in March 2013. The trial of the case commenced in 2014. According to Amnesty International, Hafeez was pursuing his graduate degree in English literature and was arrested on Facebook uploads. A group of students forwarded blasphemy accusations against him.

In entire documentary of Junaid Hafeez I at most observed & felt saddened for the helpless and feeble father, how the family suffered 6 years agonize, how their business collapsed how their blood relations depart from them. https://t.co/fDXZZbZbnW— Sahira Yousafzai (@Sahira_Zaman) December 21, 2019

#JunaidHafeez handed down death sentence in blasphemy case. Junaid Hafeez is a Pakistani university lecturer and accused of blasphemy under Pakistan's broad blasphemy laws. Hafeez was arrested in 2013 and held in solitary confinement since 2014. #JusticeForJunaidHafeez pic.twitter.com/9uojdz55Gl

The verdict in Junaid Hafeez’s case came six years after his imprisonment. His parents professed that their son went through extreme physical, psychological and emotional stress during his solitary confinement. They asserted that their multiple pleas to former Chief Justice Asif Saeed Khosa to review his case went in vain.

Junaid, however, has denied these allegations on him. He added that a group of youth Islamist organization threatened him who disapproved of his liberal teachings. They even barred him for applying for a faculty position in the varsity.

#JunaidHafeez given death sentence in the blasphemy case. JH is a Pakistani university lecturer & accused of blasphemy under Pakistan's broad blasphemy laws. Hafeez was arrested in 2013 and held in solitary confinement since 2014. #JusticeForJunaidHafeezhttps://t.co/g9YGUPvrcs— Gulalai_Ismail (@Gulalai_Ismail) December 21, 2019

While we're at yelling at judges for giving verdicts we don't like, would anyone from the govt care to say whether the judgement given against Junaid Hafeez is fair and in keeping with the principles of justice of "Naya Pakistan"?#JusticeForJunaidHafeez— Khurram Husain (@KhurramHusain) December 21, 2019

Junaid Hafeez’s case is particularly symptomatic of the situation that afflicts Pakistan’s society & its criminal justice system. A widely respected academic with a stellar academic record. Junaid was a member of a number of Facebook groups discussing Pakistani society & politics

According to his parents, Hafeez was kept in solitary confinement in the high-security ward number 2 of New Central Jail, Multan. His previous lawyer, Rashid Rehman, was shot dead in 2014 by unidentified assailants in his office. At least, nine judges have been transferred throughout this case.

The latest decision has spurred two-pronged reactions on social media; with some supporting the decision while his empathizers described it a ploy weaved against him by his ‘jealous’ colleagues.

Condemnations from his advocates have poured in on from Twitter who believes he was falsely roped in the blasphemy case. Social media users argued that incessant imploration of his parents to review his case was ignored by the justice system of Pakistan.

Fulbright scholar Professor #JunaidHafeez has been sentenced to death by a #Pakistani court in #Multan. His legal representative murdered during trial. pic.twitter.com/UGwhceucJj— Shiraz Hassan (@ShirazHassan) December 21, 2019

“Kafir/blasphemy” allegations can be used on anyone. Asiya Bibi, Junaid Jamshed, Mashal Khan, Junaid Hafeez, the young commissioner from Attock. Anyone can be attacked. This is our society’s evil face and we need to get rid of it if we want to progress. #Pakistan— Mahwash Ajaz (@mahwashajaz_) December 21, 2019

Just got news that Junaid Hafeez has been awarded the death penalty. What kind of country is this even?! 😓💔#freejunaidhafeez— Nida Kirmani (@nidkirm) December 21, 2019

Despicable & scary.
The easiest thing in Pakistan is to fix anyone in blasphemy case.
295(c) has to be reviewed.
This article is widely used to shut the voices of political dissent. Most of the cases including #AasiaBibi case were proven to be wrong & based on lies#JunaidHafeez https://t.co/Uch9e3cmMY

According to a few news reports on social media, Junaid Hafeez committed blasphemy privately. His speech on a secret online forum was not available to Police. He was coerced under pressure to share private conservation with Police. But there was no court order required to share or reveal his private speech.

Arrested since 2013, Pakistani academic Junaid Hafeez today sentenced to death on #blasphemy charges under 295-C in Multan. There is no end to Hafeez and his parents' ordeal. pic.twitter.com/ZlmLqWeNAp— Naila Inayat नायला इनायत (@nailainayat) December 21, 2019

Court in Pakistan sentences to death a bright university professor accused of “blasphemy.” Junaid Hafeez has already spent 6 years in jail waiting for his trial to end. His former lawyer was murdered by extremists for representing him. pic.twitter.com/STaWfFhJSj— Secunder Kermani (@SecKermani) December 21, 2019

A Pakistani court has found Junaid Hafeez, a university lecturer in Multan accused of committing blasphemy on social media, guilty and sentenced him to death. Hafeez has been in solitary confinement since 2014, when his lawyer was murdered for defending him.— Asad Hashim (@AsadHashim) December 21, 2019

On the same as the Islamabad High Court threw out a blasphemy case against Imran Khan, saying religion is a personal matter.
What is happening to Junaid Hafeez is a travesty. https://t.co/VUuMHI9JHv— Gul Bukhari (@GulBukhari) December 21, 2019

The social rights activist blasted at the judiciary of Pakistan for repudiating the barbarianism of the lawyer community at the Pakistan Institute of Cardiology in Lahore. They have called out government authorities to condemn the decision who were flared up after the death penalty for former General Pervez Musharraf in the high treason case.

Read more: “Pakistan is my homeland, I love my country, I love my soil,” says Asia bibi

While blasphemy is punishable by death under Pakistan’s constitution none of the accused have been executed until now in the country. However, they have either been shot by opponents or exonerated by the apex court.

Tragic news coming from Pakistan. A sad day for human rights and for justice in general. Religious extremism wins in Pakistan as the brilliant Professor Junaid Hafeez is handed down the death sentence for “blasphemy.” #IStandWithJunaid https://t.co/1fji37QTNW— Kashif N Chaudhry (@KashifMD) December 21, 2019

Deceased student Abdul Wali Khan in Mardan University in Peshawar was beaten to death by a charged up mob under blasphemy accusations. Last year, Supreme Court exonerated Christian woman, Asia Bibi, and absolved her from blasphemy charges years after she was detained on accusations.

Pakistan is among the six Muslim countries, besides Afghanistan, Nigeria, Iran, Saudi Arabia, and Mauritania to punish blasphemy with execution.

‘Every Pakistani is a proud ISI agent’, Hamza Ali Abbasi to Arnab Goswami