Sirine Jehangir is the granddaughter of Sahibzada Jehangir- who is the spokesperson of Prime Minister Imran Khan on Trade and Investment in the UK and Europe. PTI’s former member, Fauzia Kasuri is her aunt. Late singing sensation Junaid Jamshed was her uncle. 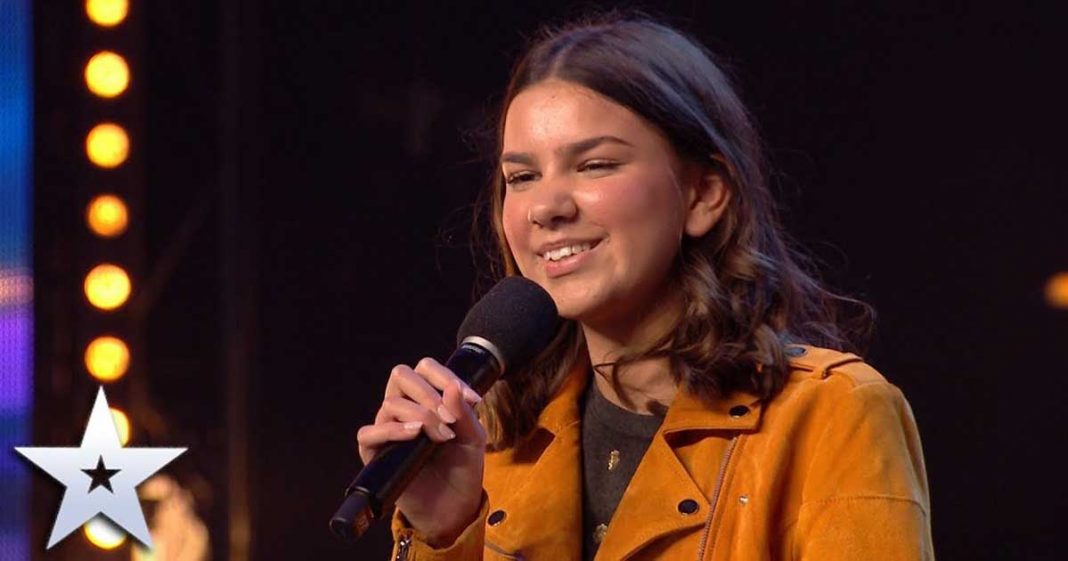 The fans of the British television show, Britain’s Got Talent, have lambasted the judges of the program after British-Pakistani contestant Sirine Jehangir failed to qualify for the show finale on Saturday night despite popular performance. The outraged fans even demanded judges be sakced. Jehangir, according to reports, won millions of hearts through her magical performances on the show but failed to get the approval of judges to reach the final round.

Jehangir had passed three semi-finals and needed the votes of judges to grab the place in the finals on Saturday night. Fans say Jehangir did her best and delivered an even more powerful performance than that of her debut performance at the auditions of Britain’s Got Talent, to get a spot for October’s finale.

Dear friends, let’s help our new Pakistani sensation Sirine Jehangir get to the next round of Britain’s Got Talent! Download the app from the App Store and cast your vote 5 times for Sirine! Voting ends today at midnight, so please get them in ASAP! https://t.co/1TCs2jvP1c pic.twitter.com/r3o94XOxKf— British Pakistan Foundation (@BPF_UK) September 20, 2020

Sirine Jehangir is the granddaughter of the Sahibzada Jehangir- who is the spokesperson of Prime Minister Imran Khan on Trade and Investment in the UK and Europe. PTI’s former member, Fauzia Kasuri is her aunt. Late singing sensation Junaid Jamshed is her uncle. The young Jehangir is the only contestant of Pakistani origin on the ITV’s famous show.

Jehangir is an ordinary contestant and has braved the unusual circumstances of her life to appear in the show. She lost her vision at the age of 10 due to a rare complication. She has outperformed other contestants on the show and won the hearts of the audience through her soulful vocals.

Well that was a surprise. I would have voted with @AmandaHolden and put through Sirine Jehangir. Such a captivating and emotional performance by one of the best acts in the competition. #BGT #bgtsemifinals #BGT2020— Chris Hughes (@hypnotistchris) September 19, 2020

In her performance on Saturday, Jehangir struggled to finish as she sang Ruelle’s Carry You. Tears streamed down her face as hosts had to check on her if she was alright before moving to judges for comments. All the four judges praised Jehangir, called her performance ‘magical’. However, to the surprise of many viewers, judges gave marching orders for Sirine and voted for a fellow contestant- a magician.

The decision of judges upset fans as they channeled their anger on social media and demanded the judges be sacked. “Time for new judges on BGT! What a joke the show has become get rid of the idiots! How Sirine and Sign with us didn’t get through I do not know!” said one user.

Such a breathtakingly amazing performance by Sirine Jehangir. The best act by far #BGT https://t.co/DJSBuS41Zw

Another reacted: “Time for new judges, piss poor act won! Sirine and sign with us, so much better! Should let the public vote and not biased t**t.”