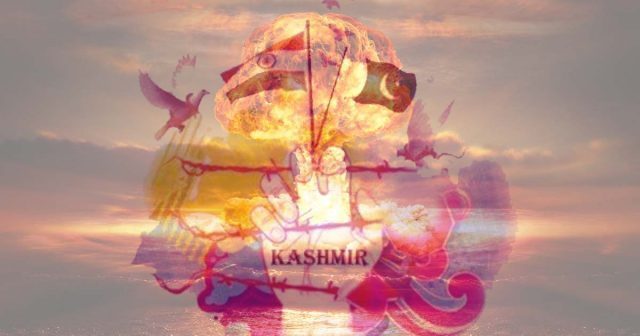 New York Times in its recently published editorial has pointed out South Asia as the plausible avenue for the next nuclear standoff, something which has practically been non-existent since the end of World War II other than few close calls during the Cold war. The Editorial said that the world is concerned about North Korea’s growing nuclear arsenal while the real threat lies between two nuclear powers India and Pakistan over an unresolved Kashmir issue.

“Long among the world’s most antagonistic neighbors, the two nations clashed again last week before, fortunately, finding the good sense to de-escalate. The latest confrontation, the most serious between the two nations in more than a decade, gave way to more normal pursuits like the trade at a border crossing and sporadic cross-border shelling”, it read citing the recent crisis between the two nations after Pulwama suicide attack.

What the world is concerned about after a military confrontation and loss of lives on both sides of the border, Imran Khan had foreseen long ago and asked India to resolve the issues via dialogue.

Going through the specifics of the chains of events during the tense days after India violated Pakistan’s airspace, the facts presented as per the traditional editorial discourse of New York Times, dialogue is argued as the only way forward to avoid the escalation in future which would be much intense than what the world has witnessed last month. “A solution to a conflict that touches so many religious and nationalist nerves must ultimately come from within, through talks among India, Pakistan and the people of Kashmir.”

What the world is concerned about after a military confrontation and loss of lives on both sides of the border, Imran Khan had foreseen long ago and asked India to resolve the issues via dialogue. Soon after taking over the premiership, he asked the Indian political establishment to come forward to discuss and talk issues through, but these calls were met with skepticism and sheer denial.

It is understandable given the policy discourse of the current National Democratic Alliance spearheaded by Bhartiya Janata Party (BJP). Imran Khan-led Pakistan Tehreek-e-Insaaf came into power at a time when Indian Prime Minister Narendra Modi was looking forward to reelection in the mid of this year.

Given the precedence and attitude of Narendra Modi toward Pakistan, any progress in the bilateral relations between India and Pakistan was already a subject of matter. General elections in India further skewed the minuscule hope of constructive bilateral approach and finally, Narendra Modi resorted to pushing both countries at the brink of a standoff which at any time could have gone nuclear because of the nature of relations both countries have.

The 72 hours at the end of February are more than enough to make the world realize that the Kashmir issue has been left unheard for far too long, especially for the world order and peace. Global powers who have the authority to call the shots need to be proactive now, instead of merely intervening to cool things down at the time of crisis between India and Pakistan, to actively pursue the course of finding a solution to Kashmir Issue.

On Pakistan side, both civilian and military leadership is mature enough to understand it but unfortunately, it is not being reciprocated from either of two components of the Indian state.

Precedence suggests that it is the high time for both India and Pakistan to engage in the talks over Kashmir issue, as last time Kargil Conflict led to Agra summit. It may not be possible before general elections are commenced in India, and practically such magnitude of time is requisite for diplomacy to take effect and mend what has been distorted due to hysteria and acts of war.

Prime Minister Imran Khan had expressed hope, when India walked out of foreign ministers meet up on the sidelines of UNGA, that the new government, even it is BJP led, in India would be more open to dialogue prospects. And it is the only way out.

On Pakistan side, both civilian and military leadership is mature enough to understand it but unfortunately, it is not being reciprocated from either of two components of the Indian state. There is no way which leads to eternal peace in South Asia, without the consideration of the nuclear button as an option, other than dialogue over Kashmir.

Previous articleFukushima: current state of the clean-up
Next articleTop 5 skills to become a top CFD trader

News Desk - 23 July 2021
Dasu Bus explosion claimed the lives of nine Chinese nationals. Following this, several Indian media outlets including India Today and local social media ran pictures of some Chinese nationals holding Klashinkov and AK-47 rifles. After a quick search, it was discovered that the images were misused by India.