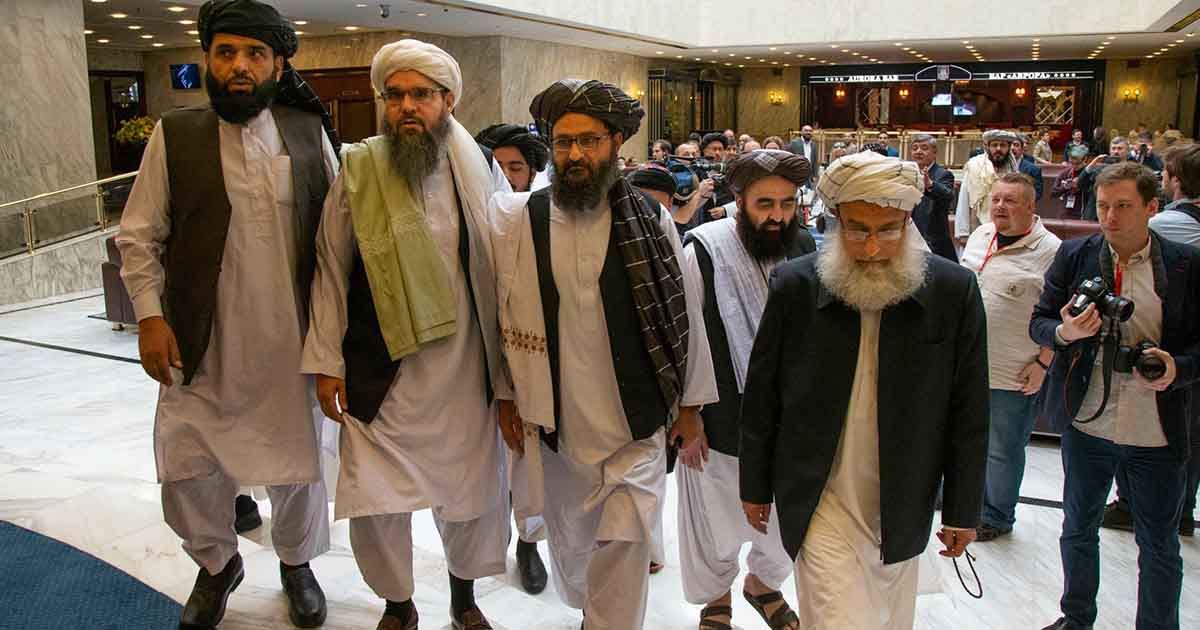 The Americans are prepared to culminate their military engagement in Afghanistan as soon as possible. Pakistan has been struggling to cultivate better understanding with all Afghan factions and trust-able relations with Kabul for the sake of its national security and peace in Afghanistan. Besides, both Russians and Chinese have been supporting the Afghan peace process. Despite all these encouraging factors, peace in Afghanistan seems a distant reality.

President Donald Trump is pushing for an immediate solution to the Afghanistan crisis. He desires to withdraw entirely or at least reduce the combat forces of the United States and its allies in Afghanistan before his presidential election in November 2020. On July 29, United States Secretary of State Mike Pompeo reiterated that President Trump wanted to end the endless war in Afghanistan.

He said Washington desired Afghans “to take their country back” and to “reduce what is, for us, tens of billions of dollars a year in expenditure” in the country. Therefore, President Trump has been engaging Prime Minister Imran Khan on the Afghanistan problem since December 2018.

The intra-Afghan negotiations in Doha, Qatar, surmise that the Afghan Taliban are altering their rigid position on the inclusion of Ghani government officials in the peace talks.

Prime Minister Imran Khan assured President Donald Trump during their meeting in White House, Washington, that Pakistan would try to convince the Afghan Taliban for a ceasefire and changing their position on the Kabul Government. He stated that he would personally meet the Taliban leaders and persuade them that dialogue is the only solution to the Afghanistan crisis.

However, one cannot underestimate the potential of spoilers of the peace process in Afghanistan. The intra-Afghan negotiations in Doha, Qatar, surmise that the Afghan Taliban are altering their rigid position on the inclusion of Ghani government officials in the peace talks. They had already met them. However, they dealt with them in their personal capacity, instead of govt of Afghanistan representatives.

It was reported that the next round of the intra-Afghan dialogue would be held in Norwegian capital Oslo in the near future. Besides, Islamabad has been in touch with representatives of all political parties and ethnic groups of Afghanistan. During the last week of June, Islamabad invited Afghan political parties and ethnic groups representatives in Bhurbam for a dialogue. Subsequently, President Ghani visited Islamabad on invitation of Prime Minister Imran Khan.

Nevertheless, all the positive initiatives seem futile due to the continuity of violence in the country. On July 28, the Kabul Office of President Ghani’s vice presidential running mate and former chief of the intelligence service, Amrullah Saleh was attacked by the militants. Shrapnel from the bomb wounded Saleh, 20 people were killed, and more than 50 were injured.

The timing of the militant attack was critical because it came on the first day of campaigning for Afghanistan’s presidential election, which is scheduled for 28 September. On 30 July, terrorists attacked outside the City Police Station in Quetta. Around 34 were injured, and five killed.

We say that there are sanctuaries (of terrorists) on the other side of the border. People from there (Afghanistan) come to Pakistan to carry out (terrorist) activities.

Last week, Baloch militants martyred four Frontier Corps personnel in Balochistan’s Kech district, and six soldiers were martyred in North Waziristan near Afghanistan-Pakistan border by Tehrik-i-Taliban Pakistan. Both militant organizations have sanctuaries and support base in Afghanistan. Therefore, the end of civil war in Afghanistan and the restoration of Afghan government writ in the country is not in the interest of terrorist organizations, such as BLA, TTP, Daesh, etc.

The spoilers of the peace process in Afghanistan have been struggling to derail the entire process because peace and stability in Afghanistan are neither suitable to transnational terrorist organizations nor acceptable to anti-Pakistan forces. Both enjoy sanctuaries in Afghanistan due to the absence or weak writ of Afghanistan government in the rural or peripheral areas of the country. They sponsor terrorist attacks in Pakistan.

On July 30, Foreign Minister Shah Mehmood Qureshi claimed, “We say that there are sanctuaries (of terrorists) on the other side of the border. People from there (Afghanistan) come to Pakistan to carry out (terrorist) activities.” To conclude, peaceful Afghanistan is not only imperative for Afghans, but it is equally beneficial for the neighbouring countries, including Pakistan. Nonetheless, the continuity of intra-Afghan dialogue germinates a grim hope for peace in war-torn Afghanistan.

Dr. Zafar Nawaz Jaspal is Associate Professor, School of Politics and International Relations, Quaid-i-Azam University, Islamabad. He is also an advisor on Non-Proliferation to SASSI, London and a course coordinator at Foreign Services Academy for the Pakistan Ministry of Foreign Affairs. Email: jaspal_99@hotmail.com. This article was first published in Pakistan Observer and it has been republished with the author’s permission. The views expressed in this article are the author’s own and do not necessarily reflect Global Village Space’s editorial policy.

Cast your vote for ‘Naya Pakistan’