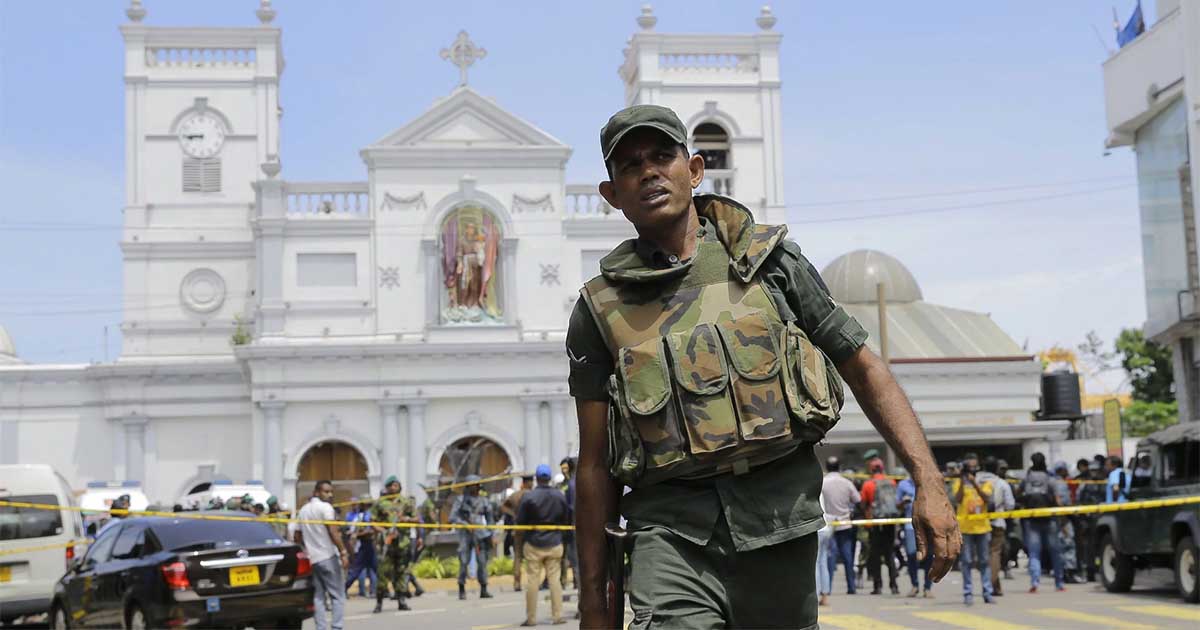 An extremist leader considered a central figure in Sri Lanka’s Easter suicide bombings died in the attacks, the president said Friday as the police chief became the latest figure to quit over the failure to prevent the massacre. With the country still on edge, heavy security was put in place for Friday prayers at mosques, but authorities revised down the bombings’ toll to 253 dead from 359, saying some badly mutilated bodies had been counted twice.

President Maithripala Sirisena told reporters that local extremist Zahran Hashim, believed to be a key player in the attacks, died in one of the blasts at three packed churches and three luxury hotels used by foreign tourists. “What intelligence agencies have told me is that Zahran was killed during the Shangri-La attack,” he said.

He said Hashim led the attack against the hotel and was accompanied by a second bomber, who has been identified as Ilham Ibrahim. Authorities had been on a desperate hunt for Hashim after the government named his group, National Thowheeth Jama’ath as perpetrators of the attack.

Read more: Sri Lanka blasts: what we know so far

Hashim, who founded the NTJ, appeared in a video released by the Islamic State group when it claimed the strikes. He is seen leading seven others in a pledge of allegiance to the IS chief. With the country on the defensive over ignored foreign warnings that attacks were likely, police chief Pujith Jayasundara became the second major resignation.

“That is why I asked them both to resign before I hold a disciplinary inquiry.” The government has faced recriminations over its failure to prevent the attacks despite receiving warnings. Indian intelligence shared several warnings about planned attacks with Sri Lankan authorities, an Indian source told AFP, but the information was not given to ministers, in what Colombo has called a “major” lapse.

The military has poured troops into the streets to bolster police as they search for suspects using newly granted powers under a state of emergency. At least 74 people are in custody so far, including a man believed to be the father of two of the bombers.

Police on Thursday released the names and photos of six wanted suspects — three men and three women. But in an embarrassing blunder they later admitted the photo accompanying the names of one of the female suspects was incorrect. The photo was in fact of an American Muslim activist.

Police say however that the name of the wanted suspect is correct. Nationwide, security remained tight, including at mosques in the country ahead of weekly Friday prayers. Sri Lanka’s Muslim Affairs Minister Abdul Haleem on Thursday urged mosques to cancel Friday prayers in solidarity with the Catholic church which has announced it is suspending all public services over security fears.

Read more: Sri Lanka has a history of conflict, but the recent attacks appear different

Muslim communities have also expressed fears of a backlash after the attacks, so it was not immediately clear how many people would gather at mosques for the Friday afternoon prayers. At the Shaikh Usman Waliyullah Shrine and Masjid, a Sufi mosque in Colombo, only a handful of worshippers had arrived by midday Thursday.

Muslim leaders have condemned the attacks and said they warned authorities several times about Hashim’s extremism. The government has urged national unity, and warned against a backlash, but a group of Muslim refugees in Negombo, site of one of the attacked churches, has fled their homes after facing intimidation, activists say.

The refugees from countries including Pakistan and Afghanistan are from the Ahmadi sect, which hardline Muslims do not consider to be mainstream Islam. The dead in the blasts included dozens of tourists, although it was not clear if the revised toll would affect the final toll for foreigners.

Health Ministry director-general Anil Jasinghe said the “very complex nature of the human remains” had made it hard for forensic experts to initially compile an accurate toll. Jasinghe said the mission had been a “grim task” for staff.

Several countries, including Israel, Australia and Britain, have warned their citizens against visiting Sri Lanka, in a blow for the country’s burgeoning tourism industry.