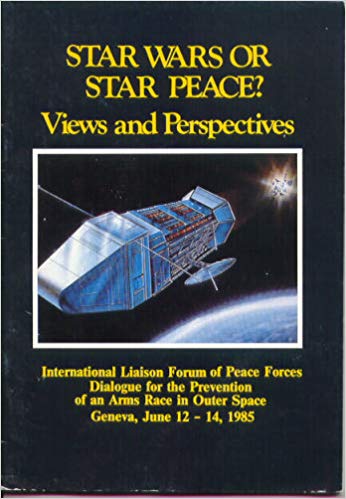 This experiment is an absolute violation of international law, which prevents militarization and weaponization of outer space. Just two weeks before India goes to polls—the violation of an international covenant shows the real motivation behind Modi’s war hysteria of appeasing right-wing voters.

A landmark treaty was convened under the auspices of the United Nations to ensure the outer space free from militarization and weaponization in 1967. More than a hundred nations have signed and ratified the treaty. The treaty ensures freedom of scientific exploration of outer space for peaceful purposes which are beneficial to all mankind and nations. No nation can claim national sovereignty over the outer space.

It will lead to a mad arms race in outer space and could create an environment of suspicion, uncertainty, competition, miscalculation, and aggressive deployment among nations.

Article four of the treaty strictly prohibits the use of outer space for the establishment of military basis, installations, and fortifications. The article further states that “the testing of any type of weapons and conduct of military maneuvers on celestial bodies shall be forbidden.” Article six of the treaty further states that parties to the treaty shall bear international responsibility for national activities in outer space.

In the backdrop of outer space treaty—the United Nations has been striving to prevent outer space from a mad arms race through various committees and resolutions. To discourage militarization of outer space in January 2001—the UN General Assembly passed a resolution where the international community agreed to use outer space for peaceful purposes such as weather forecasting, monitoring natural disasters, search and rescue, research in science, dealing with issues of space debris and use of global positioning system (GPS) and navigation.

The recent test of anti-satellite weapon is a subtle depiction of India’s growing war hysteria that can endanger international peace and security.

Unfortunately, India despite party to outer space treaty of 1967, is violating international law to pursue its hegemonic designs. Although, Prime Minister Narendra Modi assured that the technology will be used only for security, peace, and development but, the hidden objectives are to achieve military dominance over Pakistan in outer space and to counter Chinese influence as China successfully tested its own anti-satellite missile in 2007.

The recent test will have serious repercussions that could be detrimental for international peace and security. It will lead to a mad arms race in outer space and could create an environment of suspicion, uncertainty, competition, miscalculation, and aggressive deployment among nations. It will also negatively affect space missions and satellites used for commercial and scientific purposes.

Jim Bridenstine—head of NASA while addressing employees five days after India shot down the satellite declared this act “a terrible thing”. According to him, the shooting down of the satellite has created 400 pieces of orbital debris while 60 of them were traced. He said 24 of these are going above the apogee of International Space Station (ISS) which can pose a threat to the astronauts onboard the ISS.

India has been on a path to bring regional countries under its dominance since its inception. Its aspirations of becoming a hegemon in the region got further strengthened when Narendra Modi came into power.

He further added that “it is unacceptable and NASA needs to be very clear about what its impact on us is.” The vice commander of the US Air Force Space Command Lt General David Thompson also voiced concern over India’s anti-satellite missile test. He added that the Air Force spotted about 270 objects in the debris shattered when India destroyed the satellite and the number was likely to increase.

On the other hand, Pakistan voiced grave concerns over the Indian’s violation of the international covenant. According to Dr. Muhammad Faisal, the spokesperson of Foreign Office, “Pakistan has been a strong proponent of the prevention of arms race in outer space.” Pakistan is of the firm belief that it is the common heritage of mankind and to prevent it from militarization is the responsibility of all peace-loving nations.

Pakistan demanded to address grey areas in outer space law to prevent India from further violations. Pakistan urges the international community that “countries which have in the past strongly condemned demonstration of similar capabilities by others will be prepared to work towards developing international instruments to prevent military threats relating to outer space.”

India has been on a path to bring regional countries under its dominance since its inception. Its aspirations of becoming a hegemon in the region got further strengthened when Narendra Modi came into power. The recent test of anti-satellite weapon is a subtle depiction of India’s growing war hysteria that can endanger international peace and security.

Many experts believe that India is going to upgrade its space capabilities for direct bombing raid or to orchestrate “prompt global strike capability” which is the ability to control any situation or defeat any adversary across the range of military operations. After transgressing the right of self-determination of Kashmiris despite being guaranteed by the charter of the United Nations —India is again violating an international obligation.

The state of India is becoming a threat to international peace and security. Now, it is the fundamental responsibility of the United Nations and all peace-loving countries to preclude India from any misadventure that can endanger international peace.

Syed Usama Shirazi is an independent researcher based in Islamabad, Pakistan. He can be reached at usamasherazi129@gmail.com. The Views expressed in this article are author’s own and do not necessarily reflect the editorial policy of Global Village Space.

Has Imran Khan kicked-off his campaign against Asif Ali Zardari?