A Hong Kong student who fell from a car park while police and protesters were clashing last weekend has died, hospital officials said Friday 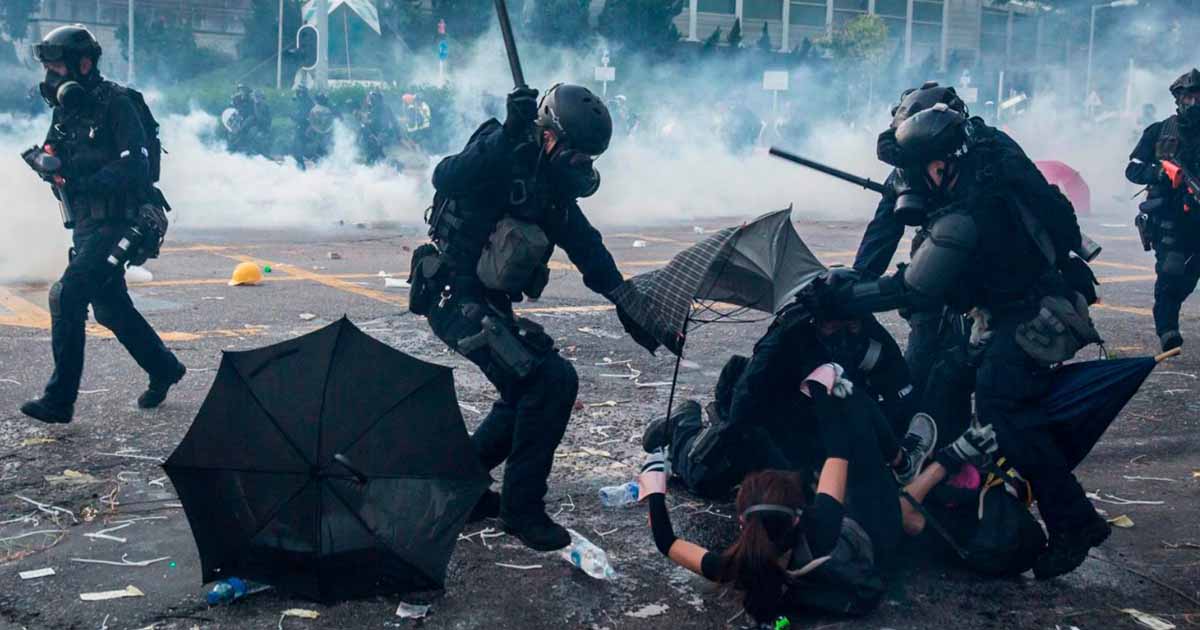 A Hong Kong student who fell from a car park while police and protesters were clashing last weekend has died, hospital officials said Friday, in a development likely to further escalate tensions after months of violent rallies in the city.

Desperately sad to hear Alex Chow has passed away.

The circumstances of his fall are unclear. But it happened in the same vicinity where police and protesters were clashing late Sunday and his death is likely to inflame tensions in Hong Konghttps://t.co/RIu7ryriN2— Jerome Taylor (@JeromeTaylor) November 8, 2019

Chow was taken to hospital in an unconscious state in the early hours of Monday morning following late-night clashes between police and protesters.

He was found lying unconscious in a pool of blood inside a car park that police had fired tear gas into after protesters hurled objects from the building.

The precise chain of events leading to Chow’s fall are unclear and disputed, but he has been embraced by the five-month-old protest movement and his death could trigger renewed clashes as the city braces for another weekend of rallies.

Chow was a student at Hong Kong University of Science and Technology. The college was holding its graduation ceremony Friday morning, and university head Wei Shyy paused the proceedings to announce Chow’s death and observe a moment of silence.

Fellow students had been holding a vigil round the clock for Chow as doctors battled to save his life. Sources told AFP doctors had performed two surgeries in a bid to reduce swelling in his brain.

Protesters have alleged that Chow fell because he was forced to climb onto the ledge of the multi-storey car park to escape multiple tear gas rounds fired into the building by police.

Police officials acknowledge that tear gas had been used to disperse protesters near the car park, but say there was only a small amount of gas in the air when emergency responders found Chow.

They have also denied interfering with rescuers treating the student, or blocking the ambulance that took him to hospital.

Hundreds of office workers march to work across Hong Kong in protest against government and to show support for student who died in car park fall https://t.co/WMsZLlCb6S

Since June, Hong Kong has been shaken by large-scale and increasingly violent protests calling for greater democratic freedoms and police accountability.

China has run the city under a special “one country, two systems” model, allowing Hong Kong liberties not seen on the mainland, since its handover from the British in 1997.

But public anger has been building for years over fears that Beijing is eroding those freedoms, especially since President Xi Jinping came to power.

Protesters have issued a list of demands, including fully free elections to choose the city’s leader and an investigation into alleged abuses by police.