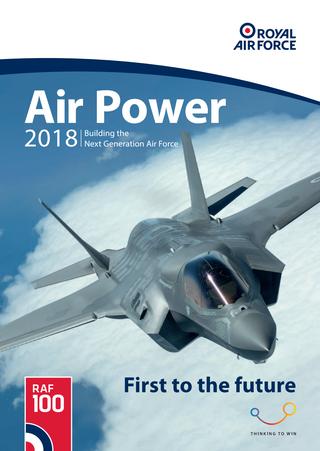 Parked on the flight lines at Mafraq Air Base were Hunters of No 1 Squadron, the only fighter outfit of the Royal Jordanian Air Force (RJAF). Strapped in the cockpits since morning, the pilots were eagerly awaiting a go-ahead for strikes against Israeli airfields at Kfar Saba, Kfar Sirkin, and Natanya. The past few days had been occupied with the preparation of maps and low-level flight profiles. The excitement and tension had reached a pitch and all pilots were ready to get into action.

Flt Lt Saif-ul-Azam of the Pakistan Air Force, who had been on secondment with the RJAF since November 1966, was to lead one of the strike missions. At about 0900 hrs, he was told to hand over the lead to a Jordanian pilot and rush to a Hunter that had been readied for an air defense mission. Saif hurriedly strapped into the other aircraft and, along with his wingman Lt Ihsan Shurdomi, stood on standby, eagerly waiting for the hooter to sound the ‘scramble’.

Mafraq was sure to be attacked, as everyone guessed, so it was some relief when two formations finally took off at 1150 hrs and headed west.

A few days earlier, Saif and his other PAF colleague, Flt Lt Sarwar Shad had been called by the RJAF Commander to ascertain their position in case of war. Both promptly offered their services, while suggesting that the opinion of the Government of Pakistan be obtained for further details. It was tentatively decided that they would fly as ‘volunteers’ in Jordanian uniforms. Official Pakistani clearance to fly only air defense missions was received just in time, which had required Saif to hurriedly switch roles on the tarmac.

After half an hour of impatient waiting in the cockpit, Saif belatedly learned that the Israeli Air Force had struck Egyptian airfields. Sitting helplessly on the ground waiting for orders was nerve racking and all pilots squirmed in their cockpits to seek revenge. Mafraq was sure to be attacked, as everyone guessed, so it was some relief when two formations finally took off at 1150 hrs and headed west. A short while later, in a show of solidarity, a formation of six Iraqi Hunters overflew Mafraq on their way to Lydda airfield in Israel. The heightened air activity reached a crescendo when orders were relayed for all aircraft to scramble as fast as they could. Saif and his wingman Ihsan were the first to get airborne in the fervent melee, followed by four more Hunters. ATC announced the bad news that one of the Hunters flown by Major Feras had been strafed and had caught fire. The unfortunate pilot could not get out of the burning aircraft.

As the aircraft was turning for the attack, Saif closed in and let off a smugly-aimed fusillade from Hunter’s four immensely powerful 30mm cannons. The Mystère caught fire and its pieces started to fly off; Saif had to pull up to avoid hitting the debris.

After take-off, Saif contacted the radar for further instructions. The radar controller announced a vector and the interceptors headed in the required direction. Soon, another vector was announced and the pair changed heading. It was not long before the controller declared that there were too many aircraft and it was difficult to make out who was who. Saif was, therefore, asked to be on his own. Noting the controller’s dilemma, Saif called out to his wingman to stay close. The visibility in the hot, dusty desert was barely a mile and there were no signs of enemy aircraft. Saif rechecked with the controller if there were any aircraft approaching Mafraq. His fears were confirmed when he received a reply in the affirmative.

Turning around, Saif headed for the Base. About four miles short, he spotted four aircraft flying in battle formation at a low level. The camouflage of the aircraft seen through haze seemed similar to that of the Iraqi formation that had passed overhead some time ago, so Saif was led to believe that they must have been returning from the raid. Following them for a while, he watched with amazement as they changed into echelon formation, getting ready for an attack! Realizing his mistake in recognizing the Israeli Mystères, which looked similar to Hunters from a distance, Saif promptly maneuvered behind the trailing attacker, the No 4 of the formation. As the aircraft was turning for the attack, Saif closed in and let off a smugly-aimed fusillade from Hunter’s four immensely powerful 30mm cannons. The Mystère caught fire and its pieces started to fly off; Saif had to pull up to avoid hitting the debris. Moments later, the aircraft crashed near the perimeter fence of the Base, with the pilot Capt Hanania Bula still inside the stricken aircraft.

Looking around for other attackers that he had lost during the shooting, Saif noticed the smoke trail of two Mystères charging off towards the west at full power. As Saif turned hard for them, Ihsan called a bogey on the right. Saif directed Ihsan, who had tenaciously stuck around during the tight maneuvering, to break off and go after the Singleton while he went for the pair on the left.

Saif managed to get behind the trailing Mystère, which had started thrashing about to spoil his aim. During the frantic turn reversals, Saif fired four times but his bullets stayed off the mark. Desperate for a kill, Saif was at wit’s end when he noticed his quarry loosening the turn and straightening out for home. Closing into about 600 feet, Saif squeezed the trigger for the fifth time. The Mystère started to trail smoke from its right wing as Hunter’s guns scored hits. The aircraft ducked down and, before Saif could confirm if it had been terminally despatched, he saw the leader of the enemy pair turning to attack him. Low on fuel and ammunition, Saif wisely decided to disengage and turn for Mafraq.

The pilots were lucky to have landed shortly before the Israeli Air Force struck the airport. Their aircraft, however, could not escape destruction as they were caught parked in the open.

Reckoning that Mafraq runway had been rendered unfit for use, Saif called all aircraft to hold north of the airfield while he checked the feasibility of landing there. His call for joining instructions was surprisingly answered by a welcome clearance and, the controller followed it up by declaring the runway fit for landing. A sharp-eared Ihsan suspected something wrong and instantly broke into Arabic to check the identity of the controller. He also wanted to know the name of his (Ihsan’s) dog, which was some sort of a cross-check code. The Jordanian controller then came up on the radio and warned them not to land at Mafraq. Ihsan’s presence of mind saved the pair from the trap of an Israeli spoofer, who had cleared them for a landing that was certain to be an unqualified wreck.

All the airborne aircraft diverted to Amman International Airport, which had not yet been visited by the Israelis. The pilots were lucky to have landed shortly before the Israeli Air Force struck the airport. Their aircraft, however, could not escape destruction as they were caught parked in the open. The pilots helplessly watched as Mystères delivered attacks with a new type of rocket-boosted ‘dibber’ bomb, which penetrated deep into the runway surface and cratered it badly. The attacks were delivered from shallow dive angles, which minimized exposure to AAA guns. Civilian facilities on the airport were strafed and badly damaged. Many transport aircraft and helicopters were also destroyed.

PAF’s Assistant Chief of Staff (Operations), Air Commodore A Rahim Khan, who was visiting Jordan at that time, was also there to express his solidarity with the RJAF personnel.

After an eventful morning, the pilots gathered at the Operations Headquarters in Amman to exchange notes about the encounters that had taken place. Ihsan had claimed a Mystère while his leader was busy chasing the exiting pair. One of the Hunter pilots, Capt Wasfi, had ejected near Amman after having been shot down by an Israeli Mirage. RJAF’s sole fighter squadron had put up a spirited fight, though the pilots felt dejected over the losses suffered. The worst blow was the destruction of 20 Hunters on the ground at Mafraq and Amman International. Many of these were being serviced on the flight lines after their morning missions; invaluable expertise in the shape of many technicians was thus lost as well. Sadly, the small RJAF had been virtually wiped out.

An hour later, the pilots were surprised to have in their midst, King Hussein, who had come to cheer them up for their brave effort in Jordan’s first major air war. In the gloomy situation that was prevailing, King Hussein was a paragon of fortitude and courage. He was cognisant of his decision that had brought upon the Jordanians the tribulation that they now faced. He explained the circumstances in which he had decided to go to war. His message was that of faith and hope in the face of adversity. PAF’s Assistant Chief of Staff (Operations), Air Commodore A Rahim Khan, who was visiting Jordan at that time, was also there to express his solidarity with the RJAF personnel.

As if to unburden himself of the debt he owed to the pilots of No 1 Squadron, King Hussein again visited them in the evening. Turning to Saif, he told him to get into his car, a privilege that was extended only to the most honored compatriots. They drove off to the main hospital to see PAF’s Flt Lt Shad who was convalescing there after being injured in an air raid. Later, the King along with Saif drove off to Mafraq, about 40 miles from Amman. Saif recalls that during the drive, King Hussein kept reassuring him like a younger brother. He said that it was a minor setback in a battle and not a defeat in a war, words that were most encouraging and inspiring for Saif. The King was hopeful that more could be done as the war had not yet ended. With young men like Saif around, all was not lost and the fight could go on. After all, Saif had been, quite literally, a sword for Hussein. Thus armed, the King was unwilling to give up easily….