An overview of how the new Swat expressway launched in June 2019 will help the local traders in reaching out to international markets and tourists to discover the scenic beauty & mysteries of this ancient valley; often described as the ‘Switzerland of Pakistan.’

SWAT Expressway that opened around Eid ul Fitr in June of 2019 is making the ancient valley of SWAT accessible like never before. This 81 kilometers, four-lane highway (50 miles) has reduced the traveling time between Nowshera and Chakdara in Lower Dir by almost two hours and is making small towns and villages of Swat accessible for trade and tourism for the first time.

This modern expressway, built as per standards of AASHTO (American Association of State Highway and Transportation Officials) stretches from Nowshera to Chakdara in Lower Dir District, passing through Swabi, Mardan, and Malakand Districts.

The project was inaugurated in August 2016 by the KP government. KP Highway Authority (KPHA) hired the services of Frontier Works Organization (FWO) that took three years of intense work and opened expressway, with its three tunnels, for traffic in the first week of June 2019 – just before the Eid ul Fitr as a gift to tourists that throng the beautiful hills and valleys of Swat.

The project was budgeted around ₨. 36 billion (US$250 million). Asian Development Bank (ADB) and China have provided the principal technical and financial assistance for the project.

Swat was always referred to as “Switzerland of Pakistan” or “Mini-Switzerland” by its diverse visitors. No one knows when this term was first invoked, but diplomats, foreign dignitaries and tourists were always accompanying the Wali of Swat (King of Swat) during his summer travels across his enchanting kingdom.

This term then might have been coined, by the European visitors, in appreciation of Swat’s lush green valleys, serene hills and numerous streams.

Apart from the breathtaking streams, the mighty Swat River, lush green and snow-capped peaks, Swat has also acquired fame for various reasons from production of peaches – the largest producer of different varieties of peach in the country – to Japanese fruits & apples to its historic places of Buddhist pilgrimage Swat produces huge varieties of apples and peaches.

Around 20 different kinds of apples and 18 varieties of peaches are exported across the world – though industry suffered from several bottlenecks, including transport delays. Hopefully, Swat Expressway will help the local traders in reaching out to international markets. 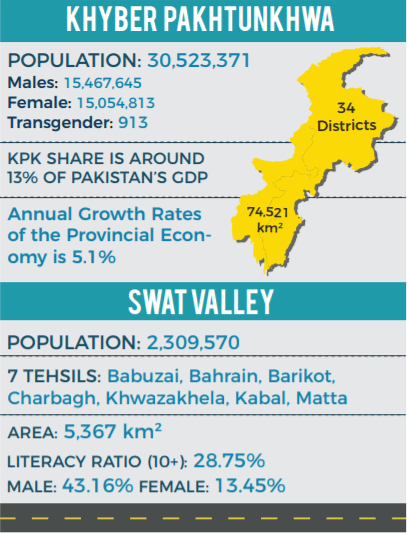 KP government is already working on second phase of Swat Expressway (Phase-II). This will be another stretch of 82 kilometers that will connect Chakdara with Bagh Dheri. This extension will provide mountainous villages rapid access to markets and according to press brief of the KP government, it will also facilitate tourists towards the ski resort of Malam Jabba through link roads.

Malam Jabba is home to one of the two ski resorts in Pakistan; the other is at Naltar, Gilgit Baltistan. It is part of the larger area of Malam-Jabba Dara which has a series of small villages and settlements like Salanda, Jehanabad, Talegraam, Badar, Ser, Malam, Kishora, Spine Oba, and finally Jabba.

Malam is a small village which comes prior to Kishora village on the main Malam-Jabba road. This area offers the potential of creating more ski slopes, hotels, and tourist attractions and can bring lots of investments – if the business climate remains favorable.

If large scale tourist industry develops then state will be able to collect large sums in the form of sales taxes, excise duties, withholding taxes and income tax – however, the road from Mingora to Malam Jabba is still under construction. Out of 35 kilometers only 18 have been built so far. If Swat Motorway-II will also facilitate access towards Malam Jabba, through additional link roads, then it will give significant boost to tourism potential in the area. 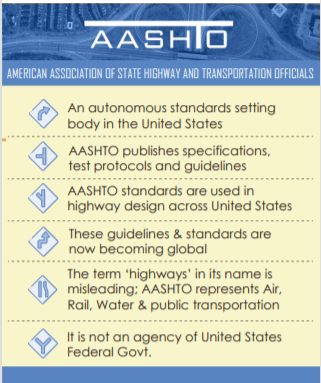 Roads are crucial for economic take-off. Different categories of fruits reach the Swat markets at different times within the same season. Speed is of importance in maintaining the quality of these peaches and apples. The first kind of peach, Jaitay, starts reaching the market by the last week of May.

The twin-tube tunnel has reduced the travel time between Islamabad and Chakdara from four hours to less than two hours.

Second kind of peach, known locally as Ali Green hits the markets in the first week of June. Similarly, “Doyam Haray” and “Soyam” are available in June. “Golden, China Panjam and Shasham” are available in July. Farmers tell the media that reaching markets early is essential for sales. This dynamic assumes greater importance in case of exports – and the Swat Expressways (I & II) can play a role in facilitating this trade.

In February this year, this old term, “Switzerland of Pakistan” acquired a new meaning when Thomas Kolly, Swiss Ambassador to Pakistan, lead a delegation to Swat Museum and the archaeological site of Butkara.

Kolly reportedly told the media that Swat valley has got a huge potential for international tourism because of its gorgeous landscape, rich cultural heritage, archaeological treasure and well-mannered people. 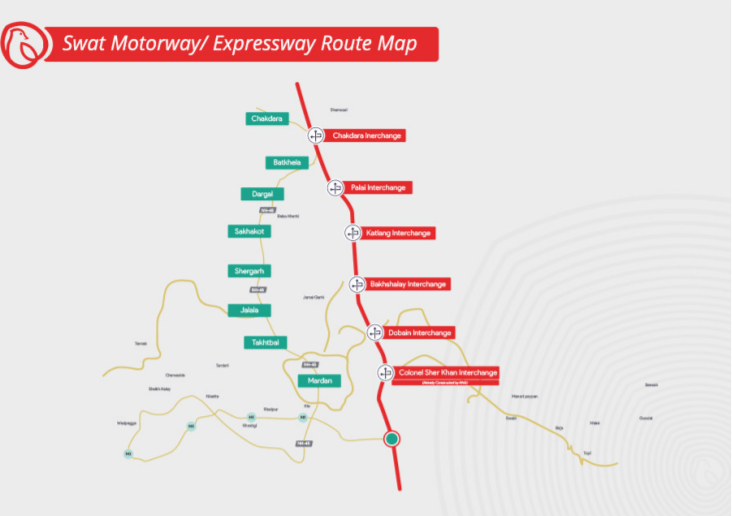 But the diplomat of the mountainous Central European country – itself home to numerous lakes, villages and the high peaks of the Alps – also asserted that Swat has something more than landscape. According to Kolly, it was the centuries-old cultural heritage.

“Swat has got something more unique in the shape of archaeological monuments and history … this is amazing to see so many things together at one place; the beautiful landscape, rich cultural heritage, history and very good people. The excellent combination of all these makes Swat valley different and attractive for international tourism,” Dawn quoted Kolly as saying.

Ambassador had assured the KP government officials that the government of Switzerland would continue its support to Pakistan in various sectors, including tourisms.

Kolly was referring to Swat’s ancient history. Swat’s ancient name was “Udayana” which literally translates into: the ancient epics. This mesmerizing valley is also famous in the world as the “holy land of Buddhist learning and piety.”

Historians believe that Swat was once the cradle of Buddhism where 1400 monasteries had survived and flourished and there existed a Gandhara School of Sculpture that was once a major hub of Buddhist pilgrimage.

If Swat Motorway-II will also facilitate access towards Malam Jabba, through additional link roads, then it will give significant boost to tourism potential in the area.

Legend and belief argue that in early times Buddha himself came to Swat in the process of his last reincarnations and he spread the learning of peace and harmony. It was thus also given the name of “cradle of Buddhism”.

It is also believed that Alexander the Great had fought many major battles in this land before he crossed the delta of Indus River. This may or may not be historically true; Indus is neither very close nor very far from here. But then legend and myth are always more enticing than the facts.

Swat Expressway: opening an ancient land to trade and tourism

After defeating the Taliban insurgency in 2009, the challenge was to restore the traditional peace and dynamics of trade and tourism. Since road networks are critical for tourism & development, the (FWO), under a contract with the (KPHA), was tasked to complete the construction work of the 81-kilometer long four-lane Swat Expressway in order to transform the remote area of Khyber Pakhtunkhwa province. 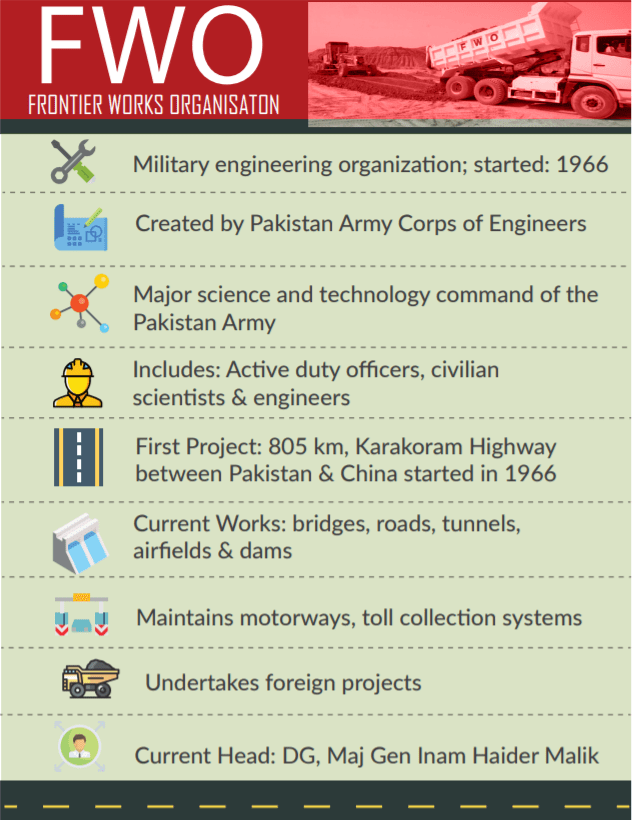 The project, after initial approvals, was finally inaugurated in August 2016 and after intense work of 34 months a state of art modern motorway was opened for light traffic on June 3, 2019. Around 12,000 vehicles used the motorway from both sides on the first day of Eidul Fitr.

However, around 3-4 kilometers of expressway, as it passes through the Malakand range, is still under last stages of work. This involves making small additional tunnels that may take another six months. This expressway, built to the standards of AASHTO has three tunnels; one main tunnel of 1.3 kilometers and two auxiliary tunnels of 250 meters each.

Tunnels have been made safe from flooding and internal soil seepage by soil strengthening through the use of “geomembranes” and “geotextiles” that help in natural drainage.

The Swat Expressway, as mentioned above, originates from Karnal Sher Interchange in Swabi district, on Peshawar-Islamabad Motorway (M1) and concludes at Chakdara in Dir Lower district after passing through 21 bridges and 1300 meters’ twin tunnels on the National Highway N-45. In July 2018, Chief of Army Staff General Qamar Javed Bajwa had visited the then under-construction Zulam Kot twin-tube tunnel on Swat Expressway near Chakdara.

The excellent combination of all these makes Swat valley different and attractive for international tourism,” Dawn quoted Kolly as saying.

The twin-tube tunnel has reduced the travel time between Islamabad and Chakdara from four hours to less than two hours. The motorway passes through 18 kilometers in Swabi, 02 in Nowshera, 40 in Mardan and 21 kilometers in Malakand Agency.

Originating from Col. Sher Khan Interchange on M1, motorway has six interchanges Chakdarra, Palai in Malakand, Katlang, Bakhshali in Mardan and Ismaila, Dhobian in Swabi. KP Government has now authorized the (KPHA) to start work on phase-II of Swat Expressway that will run another 82 kilometers connecting Chakdara with Bagh Dhari.

Swat Expressway: A road towards Tourism and Trade

According to the World Travel and Tourism Council (WTTC)’s report in March 2018, the travel and tourism sector contributed Rs. 930.9 billion, that was 2.9 percent of Pakistan’s gross domestic product (GDP) in 2017. The WTTC report had forecasted a rise in the years to come.

The report noted that the economic contribution was a reflection of the activity in industries like hotels, restaurants, travel agents, airlines and other passenger transportation services and leisure industries directly supported by tourists.

The report further noted that the direct contribution of travel and tourism to GDP was expected to grow by 5.8 percent to Rs. 1,727.7 billion (3.0 percent of GDP) by 2028. It said that 1.75 million tourists visited Pakistan in 2017 alone and this figure is set to increase. Imran Khan government and PTI as a party in KP are keen to promote tourism.

Statistics from the Pakistan Tourism Development Corporation showed that 30 percent of travellers were domestic in 2017-18, and this is what the international experts argue that tourism potential is always unlocked first by domestic internal tourists. As Swat completes its difficult journey from terrorism to tourism, there is a greater need for building infrastructure to attract more tourists to Swat in particular and Pakistan in general.

Rizwan Shehzad is the Assistant Editor, Global Village Space. He has previously worked with The Express Tribune. He tweets at: @RizwanShehxad

Almost 1,000 migrant kids separated by Trump still not back with family