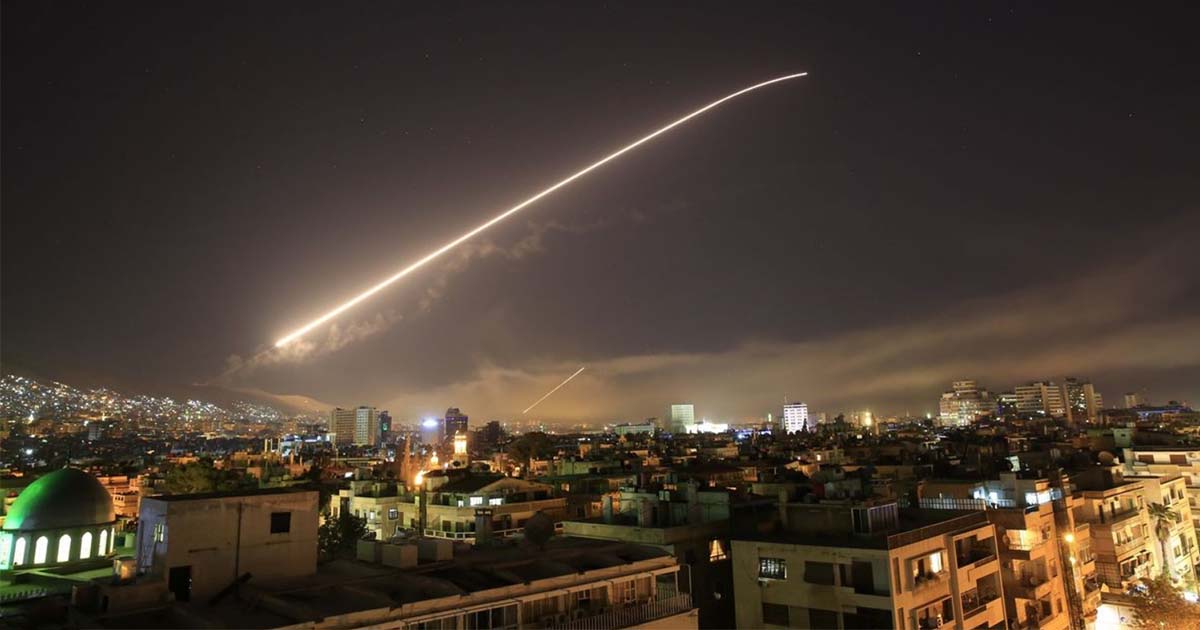 “At 1:20 am (2320 GMT) on Wednesday, Israeli warplanes… targeted the vicinity of the city of Damascus with a number of missiles,” SANA news agency quoted a military source as saying.

“Our air defence confronted the heavy attack and intercepted the hostile missiles, and was able to destroy most of them before reaching their targets.” An AFP correspondent in Damascus heard several large explosions.

SANA added that the aggression was carried out from “Lebanese and Palestinian territories”. Israel sometimes launches its attacks on Syria from planes flying over neighbouring Lebanon.

Most have been against what Israel said were Iranian targets or positions of Iran’s Lebanese ally, Shiite militant group Hezbollah.

Triggered by the repression of demonstrations by President Bashar al-Assad, the Syrian conflict has been complicated by the involvement of foreign powers.

The Syrian Observatory for Human Rights said Tuesday’s rockets were fired from positions around the capital held by groups loyal to the Damascus government.

The flareup follows a major escalation in and around Gaza last week when Israel carried out the targeted killing of a commander of Palestinian militant group Islamic Jihad, which is allied with Damascus.

#Israel military said it would investigate unexpected civilian casualties in a strike yesterday on an Islamic Jihad target in the #Gaza Strip.
The airstrike overnight struck a home killing 8 people, including 2 women and 5 children under the age of 13. https://t.co/ZWffSzLJnS

The killing was accompanied by a second strike, unconfirmed by Israel, on an Islamic Jihad leader in Damascus that killed his son and another person.

Israel has carried out frequent air and missile strikes against targets inside Syria since the country descended into civil war in 2011.

Most have been against what Israel said were Iranian targets or positions of Iran’s Lebanese ally, Shiite militant group Hezbollah.

Both are sworn enemies of the Jewish state and both have backed the Syrian president’s forces with advisers or fighters. The war in Syria has killed more than 370,000 people and displaced millions.

Do you want your brain to function faster? Here are some simple tips