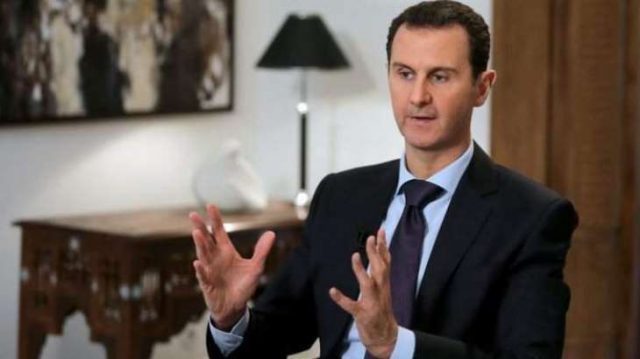 Syria’s opposition Saturday said Western strikes on government military positions did not go far enough, with rebels casting them as a “farce” as long as President Bashar al-Assad remains in power. The US, UK, and French strikes came after an alleged chemical attack a week ago on the rebel holdout of Douma outside Damascus, which rescuers and medics said killed more than 40 people.

“Punishing the instrument of the crime while keeping the criminal — a farce,” wrote Mohammad Alloush, a key member of the Jaish al-Islam rebel group that was in control of Douma. Other members of the opposition complained the strikes would not stop Assad from killing civilians with conventional weapons.

Nasr al-Hariri, president of the mainstream Syrian Negotiation Commission (SNC), said Assad would keep using other deadly weapons. “I think the regime will not risk using chemical weapons in Syria again. It will only use explosive barrels, cluster bombs,” he said.

Read more: Syria: What Have the Flames of War Left Behind in Aleppo!

SNC member Hadi al-Bahra said the strikes did send a message to the Syrian regime, but not a strong enough one. “The rocket attacks today sent one message to Assad: ‘You cannot continue to kill Syrian children with chemical weapons, use only conventional weapons’ — a shame on humanity,” he said.

The day after the alleged chemical attack on Douma on April 7, the regime and its Russian ally announced Jaish al-Islam had agreeed to withdraw from the town, the last rebel holdout in the former opposition bastion of Eastern Ghouta outside Damascus.

The regime has won back almost all of Eastern Ghouta since it launched a deadly air and ground assault there in mid-February. Since the civil war started in 2011 with the brutal repression of anti-government protests, Syria’s opposition have repeatedly demanded Assad step down. But he has managed to cling on to power, retaking swathes of territory with the help of air strikes from his ally Russia.

GVS is sharing news reports on US & UK attacks in Syria from both sides of the divide to give its readers a more balanced view of this important development. This story was shared from Agence France-Presse (AFP)  site with acknowledgment. We are also sharing stories from Associated Press (AP)  and Russian TV (RT).