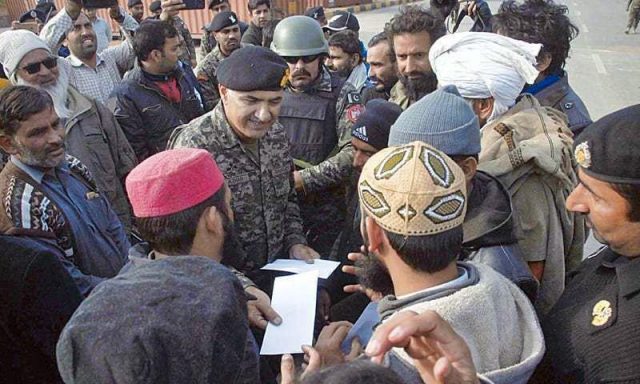 An unusual, unplanned and extraordinary, one to one meeting between the Prime Minister Shahid Khaqqan Abbasi and Chief Justice Pakistan Saqib Nisar took everyone by surprise in Pakistan. Around 7 pm, local security officials cordoned off the entrance of the SC building. PM Abbasi arrived at the SC premises without any protocol and was welcomed by the CJ at the gate.

The meeting was arranged at the behest of the PM, according to the statement issued by the SC. Government is yet to issue an official statement on the matter. The one to one meeting between the duos took place in Chief Justice’s chamber and lasted for two hours.

Putting all the speculations to rest, SC released a statement, where its spokesperson said, “PM Abbasi has shown a keen interest in providing all the necessary assistance in revamping the judicial system of Pakistan as visualized by the CJP.” Moreover, state ensured the top judge of providing all required resources to facilitate people with speedy and inexpensive justice.

According to ex-information minister, Qamar Zaman Qaira, this meeting will only put further pressure on the Supreme Court of Pakistan and any decision, even based on merit, but in favor of Nawaz Sharif will be viewed with suspicion.

“The Honorable PM also highlighted the difficulties of the Federal Board of Revenue and the Tax Department on account of pendency of litigation involving revenue in different Courts. The Honorable CJP assured the Honorable PM that he will look into the matter and such litigation shall be fast-tracked,” according to the statement released.

CJP also gave assurance to the PM that “judiciary will continue to perform its constitutional duties independently, fairly, transparently, without fear or favor and strictly in accordance with law.” Without any clear-cut agenda announced, initially, the purpose of the meeting was unclear as there was no press release neither from PM’s office nor from Supreme Court of Pakistan. It is believed that meeting was finalized after 5 pm on Tuesday.

Political analysts and commentators speculated about the surprise consultation, which took media by surprise. Opposition leaders have expressed dismay at this untimely and meeting. The leader of the Opposition in National Assembly (NA), Syed Khursheed Shah questioned the timing of the meeting.

Talking to a private channel, Mr. Shah argued that a number of cases of PML-N’s top tier leadership are underway in SC, high court, and accountability court, meeting CJP in context of the situation facing the ruling party, this meeting could only add fire to the speculations.

The emerging evidence against the ‘House of Sharif’ has apparently baffled Nawaz. The witnesses, presented documents, and solid proofs indicate towards the unfavorable decision against Sharifs. Even yesterday, Nawaz termed the National Accountability Bureau (NAB), a black law constituted by dictators to target only politicians.

PM Abbasi has now openly taken a stand in the defense of Nawaz. According to analysts, PM Abbasi must not be viewed as a neutral person, rather as an individual who is willing to risk his own credibility to defend his ‘boss’: Nawaz Sharif.

NAB has repeatedly asked the interior ministry to put the names of Nawaz, Maryam Nawaz and Captain Safdar on ‘Exit Control List’ which was denied and the request was sent to cabinet committee.

After taking their cases in the ‘court of people’ and building a popular narrative-‘mujhay Kyon nikala’, and consequently succeeding in mobilizing people on his slogan of ‘respect the vote’, Nawaz is apparently aware of the verdict, and is now having no evidences to save himself, he is talking about consultations with institutions-judiciary and military establishment.

In last week or so, ousted PM Nawaz had already adopted a rather somber tone in last few days regarding the institution and even gave a call for consultation between the institutions. On March 17 in Pakistan and then again on March 23 via a video link from London, PML-N’s president and Chief Minister Punjab also dramatically asked the generals and top judges to sit with politicians and solve the issues for the sake of Pakistan.

PM’s back to back meetings with CJP and Chairman Joint Chief of Staff Committee (JCSC) General Zubair Hayat at General Headquarterson on Monday points towards the ongoing agenda of Sharifs. Having failed to move SC and institutions despite building public pressure through huge jalsas in Punjab, Nawaz is trying to make a deal with the establishment which includes judiciary and military.

NAB has repeatedly asked the interior ministry to put the names of Nawaz, Maryam Nawaz and Captain Safdar on ‘Exit Control List’ which was denied and the request was sent to cabinet committee.

In Past, though, there is a precedent of meetings between PM and CJP, this extraordinary meeting was apparently specially designed to melt the ice between the confronting institutions. CJP looks determined to avert the crises facing Pakistan as per the statement released but was he made aware of the PML-N’s real design and strategy to woe the institutions to provide relief to the house of Nawaz.

Apparently, this unplanned and extraordinary consultation was only intended to provide a respite, a relief, and exit from this acrimonious situation to Nawaz. This meeting also came in the backdrop of serious allegations by the PM on role of judiciary. PM Abbasi has now openly taken a stand in the defense of Nawaz. According to analysts, PM Abbasi must not be viewed as a neutral person, rather as an individual who is willing to risk his own credibility to defend his ‘boss’: Nawaz Sharif.

As soon as the news of the meeting appeared on media, anchors, analysts and politicians questioned the purpose and timings of this meeting. According to ex-information minister, Qamar Zaman Qaira, this meeting will only put further pressure on the Supreme Court of Pakistan and any decision, even based on merit, but in favor of Nawaz Sharif will be viewed with suspicion. 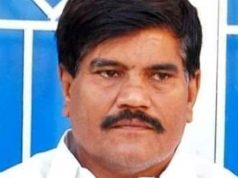 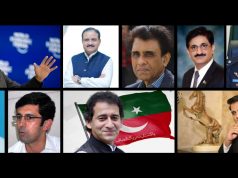 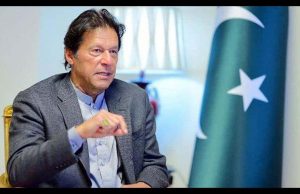 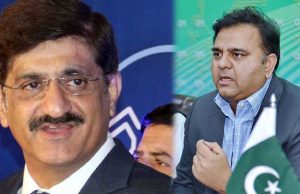 Life in the UK will take six months or longer to be normal again: official

Death rates in US will touch it’s PEAK in two weeks: Declared Trump