Talal Ch. passed sexist comments about Kanwal Shauzab in a live talk-show. There is a history of such remarks by the senior leaders of PML-N. When would they stop? 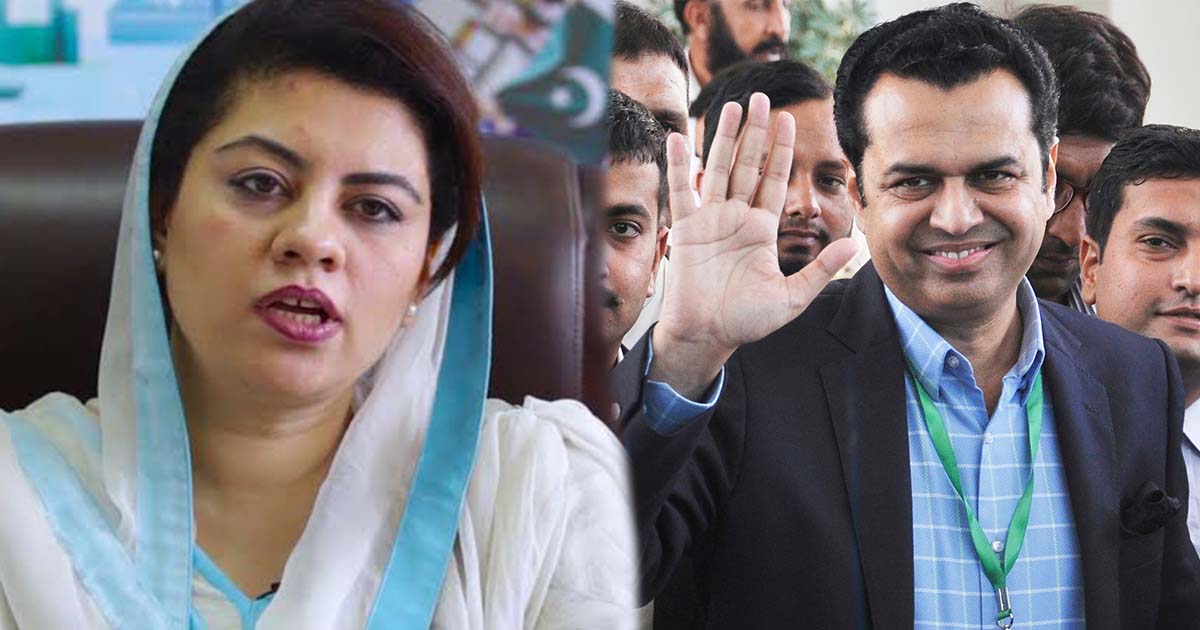 Talal Chaudhry, leader of Pakistan Muslim League-Nawaz (PML-N) and former Minister of State for Interior, has been slammed by social media for passing ‘misogynist and sexist’ remarks about Pakistan Tehreek-i-Insaf (PTI) leader Kanwal Shauzab on a live television show. The PML-N leader, who was last year sentenced for contempt of court, is notorious for his bad language against political rivals, particularly women.

A heated exchange took place between Mr. Chaudhry and Ms. Shauzab on 24 News HD program DNA, which aired on November 4. During the program, the PML-N leader resorted to inexcusably crude and sexist language when Shauzab told him off for interrupting her.

Did you see what women were doing in the yesterday’s gathering, Nawaz Sharif had said in a reference to PTI rally staged in Parade Ground Islamabad

A visibly angry Shauzab called him out on his remarks and asked the host to tell the PML-N leader to let her speak. Chaudhry, however, continued to pass misogynistic remarks. At one point, when Shauzab told him to “learn to respect women“, Chaudhry said: “First learn to act like one.”

Human Rights Minister Shireen Mazari on Wednesday condemned Talal’s sexist comments. Mazari said: “Talal [Chaudhry] and his cohorts including [Khawaja] Asif abuse women in and out of parliament and don’t have the moral courage to apologize.”

Talal Ch and his cohorts including Kh Asif abuse women in and out of parliament and don't have the moral courage to apologise. https://t.co/fYh0OT9r9J— Shireen Mazari (@ShireenMazari1) November 6, 2019

A clip of the exchange was shared on Twitter by current affairs analyst Mosharraf Zaidi, who called Chaudhry “a regular offender” and termed his language “sick”.

It would be disingenuous to feign shock or awe at this language by Talal Ch. He is a regular offender.

Every few days we see such attacks on women in the public domain. And yet the attackers maintain their stature.

This man is a disgrace! Talal Chaudhary should be condemned by all specially by women in politics as well as in media. Shame!! @KanwalMna Salute you for staying there listening to all that filth and still responding with words like ‘aap’. pic.twitter.com/xpvSvF6Hsl

It is important to note that Talal has used derogatory language not for the first time. In the past, he criticized Imran Khan for Bushra Maneka’s veil, drawing a comparison with other workers of the party. Javed Latif, another PML-N leader, had also made controversial remarks about the sisters of Murad Saeed, PTI’s Member of National Assembly, in 2017; he had to apologize.

Abid Sher Ali, PML-N leader and Minister of State for Power, referred to Shireen Mazari as ‘Tractor Trolley’, a term first coined by former Foreign Minister, Khawaja Asif on the floor of the house, which was expunged by Speaker Ayaz Sadiq.

Moreover, the PML-N leader after having explained that Mazari had warned him not to touch her, wondered whether there was something in Mazari to touch. “There is nothing to touch in her [body]” Ali said in highly controversial remarks. Abid Sher Ali, a member of the National Assembly from Faisalabad has been making sexist remarks against Shireen Mazari for the last two years. In a tweet that dates back to 2016, Ali had dubbed Mazari as ‘tractor trolley’.

Besides Abid Sher Ali, Rana Sanaullah, Punjab’s Law Minister, also made inappropriate comments about the women who attended Pakistan Tehreek-e-Insaf’s power show at Minar-e-Pakistan on Sunday. Talking to newsmen outside the Punjab assembly, a day after the rally, Sanaullah claimed that the women who turned up at PTI’s rallies were not respectable.

The same remarks were also made by Nawaz Sharif, the former Prime Minister in 2017 when he compared his female party workers with those of PTI loyalists. “Did you see what women were doing in the yesterday’s gathering,” Nawaz Sharif had said in a reference to PTI rally staged in Parade Ground Islamabad.

Political commentators believe that in a country where women are not allowed to take part in politics and become a part of the public sphere, these remarks by senior politicians are dangerous. In Pakistan, every year many women are killed by their own families under the pretexts of honor.

According to the Human right watch report 2017, there are about 1000 honor killing cases every year in Pakistan. Statistics reveal the appalling increase in the number of cases every year. 869 women died in honor-related attacks in 2013, about 1000 women in 2014 and nearly 1,100 were killed in 2015 as per the country’s independent Human Rights Commission.

Many anchors have asked PEMRA to take notice of Talal Chaudhry who frequently uses such language. But none have volunteered to ban him from their shows unless he renders an apology. Such trash talk brings big ratings so it's more convenient to shift responsibility on to PEMRA

The 2004 Criminal Law Amendment Act made honor killing a criminal offense, but in the majority of cases, since the victim and culprit belong to the same family, pardon and settlement (Diyat) within the family do not let the culprit face punishment for his/her crime.

In Oct 2017, Pakistan’s parliament passed anti-honor killing and anti-rape killing bills. According to the law, relatives of the victim would only be able to pardon the killer if he is sentenced to capital punishment. However, the culprit would still face a mandatory life sentence of twelve-and-a-half years. The implementation of the law is still to be seen.

Senior politicians need to re-think their understanding of politics and the role of women in the public sphere in a socially conservative society like Pakistan.

Will the DAWN leaks Commission report find the actual ‘Leak’ ?

Imran Khan explains to ECP that he had borrowed money from wife, Jemima Goldsmith, for purchase of...