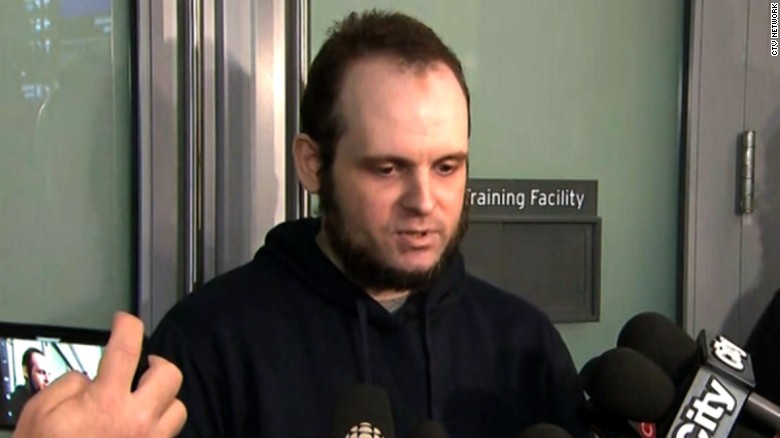 Joshua Boyle, the Canadian citizen who was rescued along with his American wife, Caitlan Coleman and three children in an Intelligence-based operation (IBO) by the Pakistan Army on Thursday said that the Taliban captors raped his wife and killed his infant daughter. The 34-year old Boyle made these gory revelations after safely returning to Toronto on Friday.

Coming on the heels of a renewed efforts by both sides to arrest a fraying relationship, the rescue operation involving precious human lives can reduce the ever-burgeoning trust deficit between the two countries

The Coleman-Boyle family was abducted in 2012 by the Haqqani Network while they were on a trip to Afghanistan. Much to the delight of the family, despite rising tensions between the US and Pakistan, intelligence sharing helped the Pakistan Army rescue the 5-member family. Boyle, a Canadian national said that his wife was raped by a guard and a few of his superiors; the 34-year old demanded justice from the Afghan government.

Read more: Will the rescue of the hostages be the positive turning point…

“I was in Afghanistan to help villagers who live deep inside Taliban-controlled Afghanistan where no NGO, no aid worker, and no government has ever successfully been able to bring the necessary help,” Boyle said while adding “God willing, this litany of stupidity will be the epitaph of the Haqqani network.”

The family gave a handwritten statement to the Associated Press which read:“God has given me and my family unparalleled resilience and determination, and to allow that to stagnate, to pursue personal pleasure or comfort while there is still deliberate and organised injustice in the world would be a betrayal of all I believe, and tantamount to sacrilege.”

The rescue operation was followed by appreciative statements from the family members and President Trump. Today, the President, who had earlier appreciated the fact that Pakistan has started to respect the US, took to Twitter to once again thanked Islamabad for its cooperation on many fronts.

The President, who had earlier appreciated the fact that Pakistan has started to respect the US, took to Twitter to once again thanked Islamabad for its cooperation on many fronts

While details of the operation are still coming out, there are a few things which are underscored by this successful pull-off. Analysts believe that the event underlines the importance of continuous engagement and cooperation between the US and Pakistan. Though, a tactical matter in the larger scheme of things, the rescue highlights the need for trusting each other in a bid to grapple with a “common threat”. Foreign Office Spokesman, Nafees Zakariya said that both countries can fight a common enemy if the US shares timely and actionable information.

Pundits and those conversant with Pak-US ties do realize the importance of one-off events on the overall diplomatic relations. The Raymond Davis saga had brought both countries on the cusp of severing diplomatic relations in 2011. Similarly, experts believe that the goodwill emanating out of this positive development can be used to restore confidence and trust between the two countries, in the long term through assiduous and meaningful diplomacy.

Coming on the heels of a renewed efforts by both sides to arrest a fraying relationship, the rescue operation involving precious human lives can reduce the ever-burgeoning trust deficit between the two countries. However, watchers do point out the need to take positive and meaningful strides and warn against expecting miracles overnight.

Usain Bolt meets his Match: Buffalo Runner from India might be Faster