Attacks are likely to continue until the Intra-Afghan talks start. But there seems a deadlock between Afghan President and Taliban as Ashraf Ghani refuses to release prisoners. 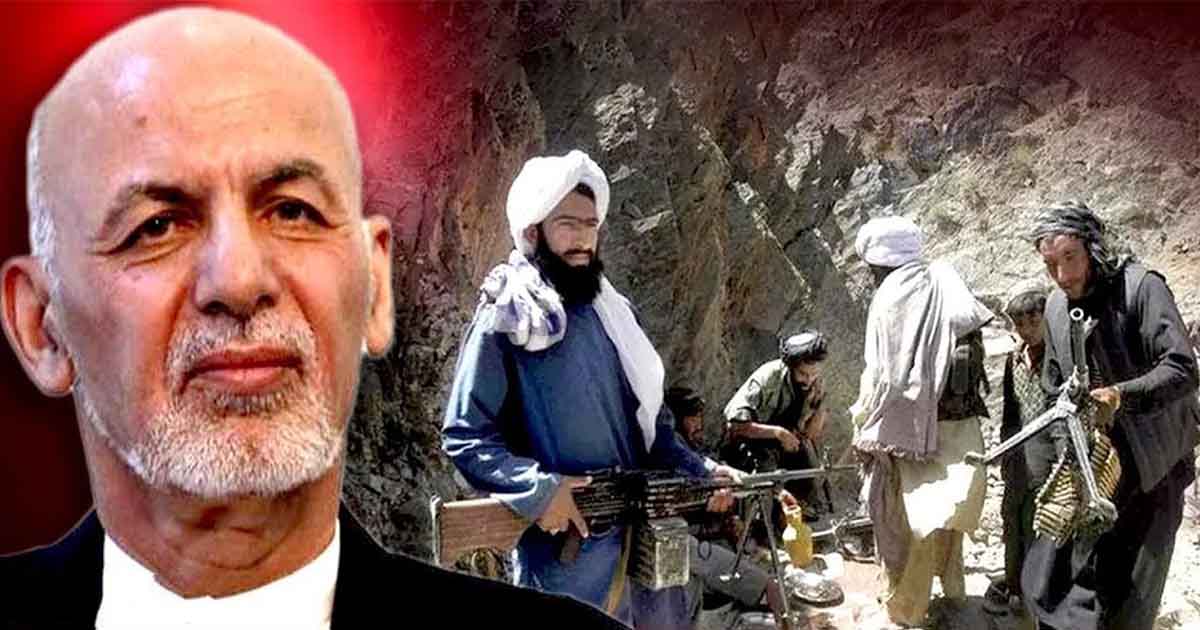 The Taliban called an abrupt end to a partial truce on Monday, just two days after signing a deal with the United States that was meant to bring peace at last to Afghanistan.

In the southern province of Kandahar, considered the Taliban’s heartland, fighting broke out in at least in two districts. “They started attacking five of our posts in Panjwahi and Maiwand,” local police chief Sultan Mohammad Hakimi told AFP. “Fighting is ongoing.”

The Taliban ordered its fighters to recommence attacks against Afghan army and police forces, apparently ending an official “reduction in violence” that had seen a dramatic drop in bloodshed and given Afghans a welcome taste of relative calm.

Now the Taliban says it will not participate in peace talks with the Afghan government and will resume attacks on the government’s forces. Despite all this, Sec. Esper approves the process to begin removal of US troops. This isn’t a peace deal. It’s unilateral withdrawal. /1 https://t.co/flpOW89Wm8

The partial truce between the US, the insurgents and Afghan forces lasted for the week running up to the signing of the US-Taliban accord in Doha on Saturday, and was extended over the weekend.

The Taliban’s military commission circulated instructions for fighters to resume operations, according to a document that an insurgent provided to AFP.

Soon after, an Afghan army commander told AFP the Taliban were attacking military positions in the northwest province of Badghis. At least one soldier was killed. But the Taliban denied responsibility for a bomb blast at a football ground in Khost in eastern Afghanistan, where three brothers were killed.

President Ashraf Ghani said Sunday he would continue the partial truce at least until talks between Afghan officials and the Taliban kick-off, supposedly on March 10, though he angered the militants by rejecting a prisoner swap component in the deal. Fawad Aman, a defence ministry spokesman, said Monday the government was “checking to see if (the truce) had ended”.

The United States cautioned that an immediate halt to violence had not been expected. “The Taliban is not a monolithic group, there’s multiple terrorist organisations operating,” General Mark Milley, chairman of the joint chiefs of staff, said in Washington.

“To think that (violence) is going to go to zero, immediately — that’s probably not going to be the case.” The US has previously said it would defend Afghan partners if they come under attack.

The Doha deal includes a commitment to swap 5,000 Taliban prisoners held by the Afghan government in return for 1,000 captives, but Ghani said the US had no authority to negotiate such an exchange.

“Ghani’s stand shows that the Americans hadn’t done the groundwork before signing the agreement,” a Taliban source in Pakistan said.

For the US to implement their end of deal as Taliban continue attacks on fellow Afghans would be equally myopic.Will be telling to see the American threshold of a “low” level of violence https://t.co/Wk4YnyHC3Y

Analyst Michael Kugelman from the Wilson Center think-tank said he was not surprised the Taliban were on the offensive again. “Remember, violence is leverage for the Taliban. It won’t easily give it up,” he tweeted.

“And now it’s exploiting that leverage to strengthen its bargaining position going into the intra-Afghan dialogue, when (and if) it begins.”

Since the deal signing, the Taliban have been publicly claiming “victory” over the US.

Under the terms of the deal, foreign forces will quit Afghanistan within 14 months, subject to Taliban security guarantees and a pledge by the insurgents to hold talks with Kabul.

While supporters of the accord say it marks a critical first step toward peace, many Afghans fear it amounts to little more than a US capitulation that will ultimately see the insurgents return to power.

Read more: Did US deal meet all the demands of Taliban?

In the eastern province of Laghman, thousands of locals and jubilant Taliban fighters massed on Monday to celebrate what they called their “defeat of the US”.

They also vowed to continue operations against the Afghan government until an “Islamic system” of government is restored. The Taliban ruled most of Afghanistan from 1996-2001 under an extreme interpretation of Islam.