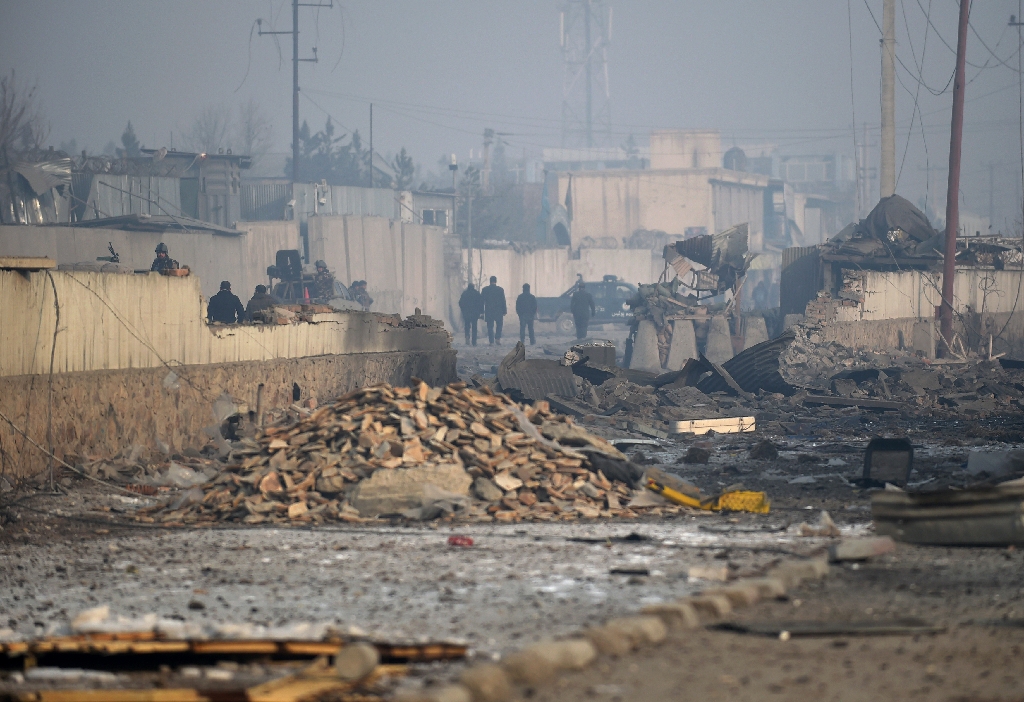 President Ashraf Ghani is being pushed to the sidelines as the Taliban ignore his overtures for peace and negotiate instead with his friends, and enemies, over the future of Afghanistan. From Doha to Moscow, the insurgents are meeting an array of envoys with competing interests in Afghanistan, from the United States eager to withdraw its troops to politicians in Kabul jostling for power.

Experts say regional powers — including US foes Iran and Russia — are angling for an audience with the Taliban, who are already outlining their vision for Islamic rule once foreign troops leave. The elephant in the room is Ghani, whose US-backed administration has not been invited to the table despite a failed year-long effort to spark a dialogue with the Taliban.

The Taliban outreach is also drawing a host of rival powers into its orbit, all keen to ensure that any finale to the war suits their strategic ambitions.

“The sad irony is that Afghanistan’s government is in danger of getting written out of the script of its own peace process,” analyst Michael Kugelman of the Wilson Center in Washington told AFP. Ghani’s allies in Washington insist Afghans should lead the peace process, and ostensibly the months-long push by the US to engage the Taliban has been aimed at convincing them to negotiate with Kabul.

Those efforts culminated in an unprecedented six days of talks between the US and the Taliban in Doha in January. The marathon negotiations ended with both sides touting “progress” — spurring Afghan fears the US could cut a deal with the militants to withdraw its forces before a lasting peace with Kabul is reached.

Read more: Optimistic Fantasy to hope for peace in Afghanistan without talks with…

“It’s a major snub because without the Americans, the government in Kabul cannot survive,” said Gilles Dorronsoro, a French researcher specialising in Afghanistan. Then the Taliban agreed a week later to a separate, almost unheard of sit-down in Russia with some of Ghani’s biggest rivals.

The two-day talks, which started Tuesday, saw the Taliban lead prayers with political heavyweights, some sworn enemies, and listen as Afghan women defended their rights. The Taliban promised an “inclusive Islamic system” and opened the door for allowing women greater freedoms, but also demanded a new, Islam-based constitution.

The elephant in the room is Ghani, whose US-backed administration has not been invited to the table despite a failed year-long effort to spark a dialogue with the Taliban.

Frozen out for a second time, a furious Ghani vowed he would not be an idle spectator as his country’s future was debated abroad. The meeting in Russia was “nothing more than a fantasy. No one can decide without the consent of the Afghan people,” Ghani told Afghan broadcaster TOLO news.

“Those who have gathered in Moscow have no executive authority. They can say what they want.” He later said on Twitter that he had spoken to US Secretary of State Mike Pompeo, who had “underscored the central importance of ensuring the centrality of the Afghan government in the peace process”.

“We both agreed that words, rumors, and speculations cannot replace actions and that our partnership and resolve will remain strong in the pursuit of peace,” Ghani wrote. A top US general later said that Kabul must be involved in talks if a push for a peace deal is to be successful.

“Ultimately, we need to get to a Taliban-Afghanistan discussion,” General Joseph Votel, the head of US Central Command, told US lawmakers Tuesday.  “Only they will be able to resolve the key issues involved in the dispute.”

The Taliban agreed a week later to a separate, almost unheard of sit-down in Russia with some of Ghani’s biggest rivals.

The frustration and sense of betrayal in Kabul was palpable. Amrullah Saleh, a Ghani ally, accused the Afghan leaders in Moscow — including former president Hamid Karzai — of “begging… terrorists”.

“A smile to the enemy is a blow to the national spirit,” Saleh said. The Taliban, who brutally ruled Afghanistan from 1996 to 2001, have so far refused to engage with the Kabul government, who they view as US stooges.

Instead, the insurgents are marching ahead with their diplomatic agenda. This has presented an opportunity for Ghani’s rivals to undermine his leadership ahead of presidential elections slated for July, analysts say.

Atta Muhammad Noor, an influential former warlord present in Moscow who is backing a Ghani contender in the polls, has called for the formation of an interim government to include the Taliban.

The Taliban outreach is also drawing a host of rival powers into its orbit, all keen to ensure that any finale to the war suits their strategic ambitions. Many of these present “a fundamental clash of vision and interests” for Afghanistan, said Davood Moradian, director of the Kabul-based Afghan Institute for Strategic Studies.

General Joseph Votel, the head of US Central Command, told US lawmakers Tuesday.  “Only they will be able to resolve the key issues involved in the dispute.”

The US, Afghanistan and India seek a stable democracy and a bulwark against terrorism, he said, while the Taliban and Pakistan, conversely, seek an Islamic government in Kabul. A broader second group of “legitimate stakeholders and opportunistic spoilers” — including regional powers like Russia, China and Iran — have their eyes on waning US influence in the region, Moradian added.

The Moscow talks were officially hosted by an Afghan diaspora group but Russia’s Foreign Minister Sergei Lavrov welcomed the conference as “useful” to finding peace. Dorronsoro said the US-Taliban talks, which continue later this month, were an “acknowledgement of defeat” by Washington of its military campaign that would not be missed by rivals Russia and Iran, who have also engaged with the insurgents.

The departure of US forces — if achieved under a deal with the Taliban — could draw the region into a “new war” for dominance in Afghanistan. “India, Pakistan, Iran… everyone will choose sides. Today, nothing is clear. Everyone is in the process of positioning themselves,” Dorronsoro said.