Until this weekend, there had been steadily mounting expectations of a deal that would see the US draw down troop levels in Afghanistan. In return, the Taliban would offer security guarantees to keep extremist groups out. 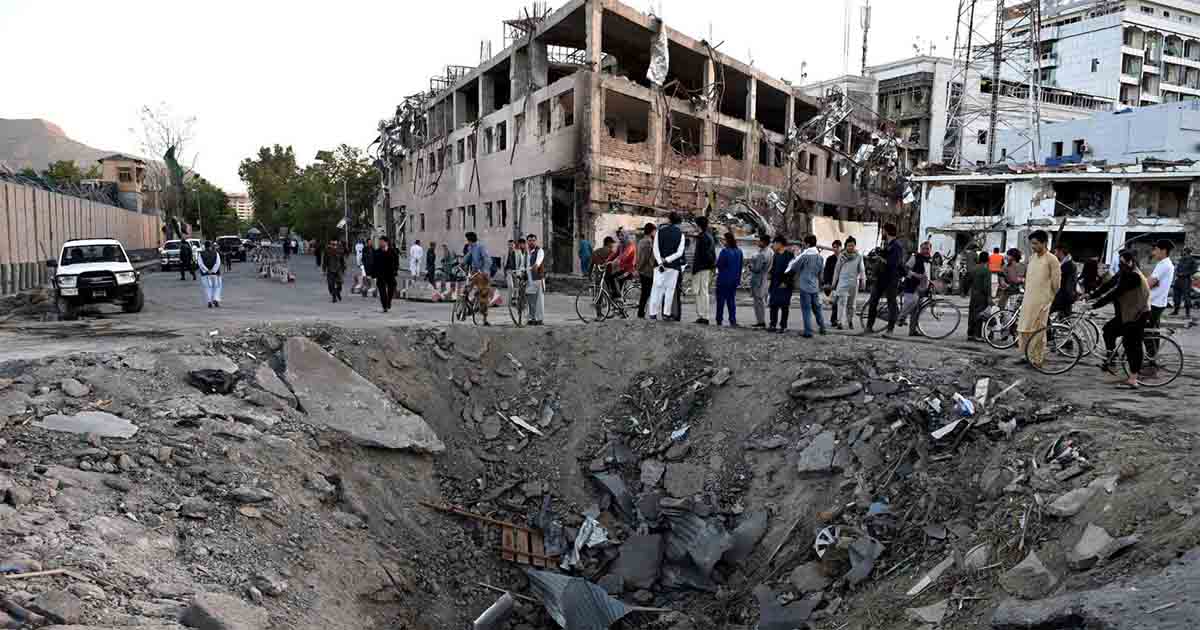 The Taliban on Tuesday vowed to continue fighting against US forces in Afghanistan after President Donald Trump said talks with the insurgents were “dead”, saying Washington would regret abandoning negotiations.

The renewed war of words between the two sides raised the spectre of violence in Afghanistan as Trump and the Taliban pledged to take the fight to each other following the precipitous collapse in talks.

Trump angrily denied that the whiplash effect of his sudden shifts on Afghanistan was causing turmoil.

“We had two ways to end the occupation in Afghanistan, one was jihad and fighting, the other was talks and negotiations,” Taliban spokesman Zabihullah Mujahid said.

“If Trump wants to stop talks, we will take the first way and they will soon regret it.” The Taliban’s statement came hours after Trump told reporters that the US was walking away from negotiations after nearly a year of talks that aimed to pave the way for an American withdrawal from Afghanistan following 18 years of war.

“They are dead. As far as I am concerned, they are dead,” Trump said at the White House. The announcement followed Trump’s dramatic cancellation of a top-secret plan to fly Taliban leaders in for direct talks at the Camp David presidential facility outside Washington.

Unbeknownst to almost everyone, the major Taliban leaders and, separately, the President of Afghanistan, were going to secretly meet with me at Camp David on Sunday. They were coming to the United States tonight. Unfortunately, in order to build false leverage, they admitted to..— Donald J. Trump (@realDonaldTrump) September 7, 2019

….only made it worse! If they cannot agree to a ceasefire during these very important peace talks, and would even kill 12 innocent people, then they probably don’t have the power to negotiate a meaningful agreement anyway. How many more decades are they willing to fight?— Donald J. Trump (@realDonaldTrump) September 7, 2019

Driving another nail into the coffin of what had appeared to be nearly finalised negotiations, Trump said a US military onslaught on the guerrillas was at its fiercest level in a decade. “Over the last four days, we have been hitting our Enemy harder than at any time in the last ten years!” he wrote in a tweet.

We have been serving as policemen in Afghanistan, and that was not meant to be the job of our Great Soldiers, the finest on earth. Over the last four days, we have been hitting our Enemy harder than at any time in the last ten years!

On Sunday, Secretary of State Mike Pompeo said that “we’ve killed over a thousand Taliban in just the last 10 days.” Trump angrily denied that the whiplash effect of his sudden shifts on Afghanistan was causing turmoil.

Until this weekend, there had been steadily mounting expectations of a deal that would see the US draw down troop levels in Afghanistan. In return, the Taliban would offer security guarantees to keep extremist groups out.

But then on Saturday, Trump revealed that he had cancelled an unprecedented meeting between the Taliban and himself at storied Camp David. He said this was in retaliation for the killing of a US soldier by the Taliban in a huge Kabul bomb blast last week.

The renewed war of words between the two sides raised the spectre of violence in Afghanistan as Trump and the Taliban pledged to take the fight.

The cancellation — announced on Twitter — was the first time most Americans learned that such a dramatic meeting was even planned. Many in Washington were shocked and some were angry that the Taliban had been about to visit the presidential retreat on the eve of the anniversary of the September 11 terrorist attacks.

There was also widespread consternation at the characteristically unpredictable manner of Trump’s negotiating style. But Trump denied any discord among government members including Vice President Mike Pence.

In a tweet, he accused journalists of trying “to create the look of turmoil in the White House, of which there is none”. Trump added that he had no second thoughts about his actions. “In terms of advisers, I took my own advice,” he later told reporters.

Murdering too many people

A big part of Trump’s 2016 election victory and subsequent first term in office has been his determination to keep the US out of what he sees as unnecessary wars in Syria and other mostly Muslim countries.

The cancellation — announced on Twitter — was the first time most Americans learned that such a dramatic meeting was even planned.

Despite a fiercely pro-Israeli foreign policy and the presence of hawks like national security adviser John Bolton in his cabinet, he has so far resisted escalating the military standoff with longtime foe Iran.

Getting out of Afghanistan, where US troops have fought a largely fruitless battle against the Taliban over nearly two decades, was a top priority. It is widely thought that Trump has been pushing for a withdrawal of US troops in time for his 2020 reelection bid.

Trump repeated on Monday that he wanted “to get out by the earliest possible time”. However, whether because of last week’s killing of a US soldier, as he says, or due to wider misgivings, that goal now appears in tatters.

Read more: 9th Round of Peace talks continue tonight – Taliban, US on cusp of deal

“They did a mistake,” Trump said of the Taliban’s deadly bomb attack. Several Republican lawmakers concurred with the president’s decision on the talks. “I’ve never believed that a deal with the Taliban is either easy or imminent,” Senator Marco Rubio said.

Senator Mitt Romney said that “it wouldn’t have been my choice to have the Taliban at Camp David” — an opinion echoed by Senator Ron Johnson, who said he was “glad” the talks were not held there.

“I don’t see where those negotiations go. At some point in time if you want peace you have to talk to them, I don’t deny that,” said Johnson. “But right now they’re murdering too many people.”

Sanctions on Taliban will not be lifted says UNSC

Taliban leader Omar lived next to US Afghan base: biography